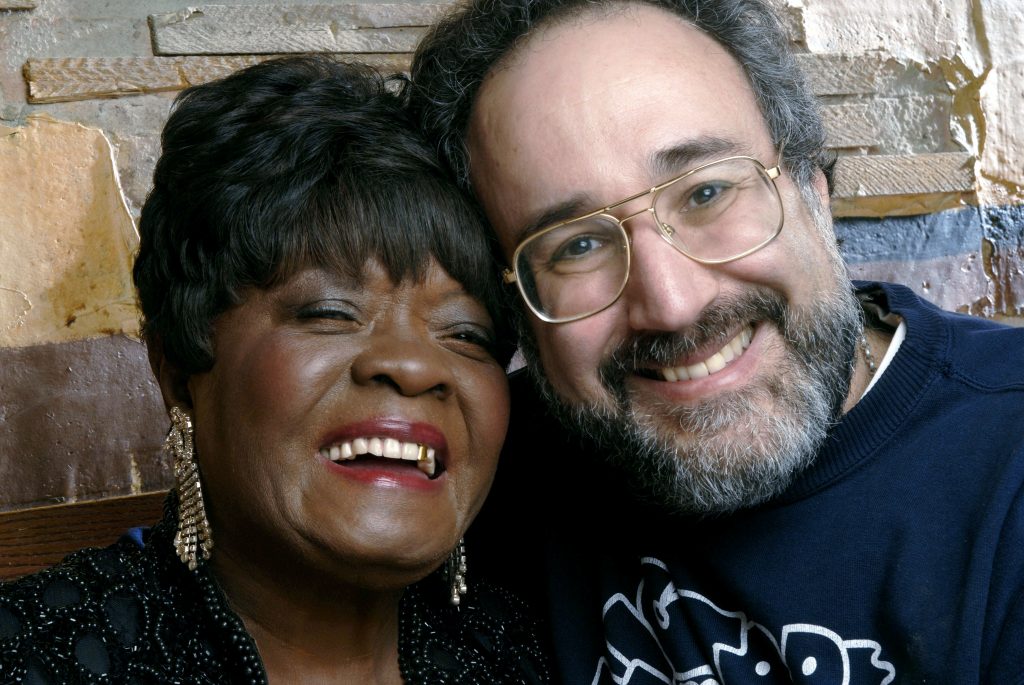 Way before an alligator named Chance The Snapper called Chicago home, we had Alligator Records. This month Alligator is celebrating its fiftieth anniversary with a two-LP and expanded three-CD set, “50 Years Of Genuine Houserockin’ Music.” Founder Bruce Iglauer recounts in liner notes that the label was born in January 1970 when he saw Hound Dog Taylor and the HouseRockers perform at Florence’s Lounge, a little South Side bar he describes as “on a gritty side street of run-down houses, on a snowy Sunday afternoon.” Iglauer had moved to Chicago to immerse himself in the blues, and inspired by this performance, he started Alligator Records and released that trio’s self-titled debut in the spring of 1971.

Since then, under Iglauer’s leadership, A&R and production touch, Alligator Records, operating under the slogan, “Genuine Houserockin’ Music,” has become the largest and longest-lasting independent blues label (and proud of it), with over 350 releases. It’s hard to do justice to that many records and fifty years of history in a single release, even if the triple CD boasts fifty-eight tracks. (The double vinyl holds twenty-four, six cuts per side). I’m sure that picking just one track to include for each artist was as difficult as choosing a favorite child. I don’t know how many kids Iglauer has—I’ve just got the one, so it’s easy for me. But it wouldn’t be a stretch to say his first love is the blues.

As he says about that Sunday afternoon show at Florence’s, Alligator’s brand was to become the blues that isn’t sad blues. “It was blues to make you forget your blues, to make you holler and dance and throw away your troubles. But it could turn serious, slow and cathartic.” Naturally, the collection begins with a cut from that first record, the debut of Hound Dog Taylor and the HouseRockers doing a driving “Give Me Back My Wig.” He’s right on target when he calls the sound the trio produces a “glorious racket,” with Taylor’s plaintive tenor and six-fingered guitar-playing, with a steel slide on his fifth, fronting the fray and throbbing bass from Brewer Phillips and Ted Harvey inserting unfussy but cymbal-dense drums. 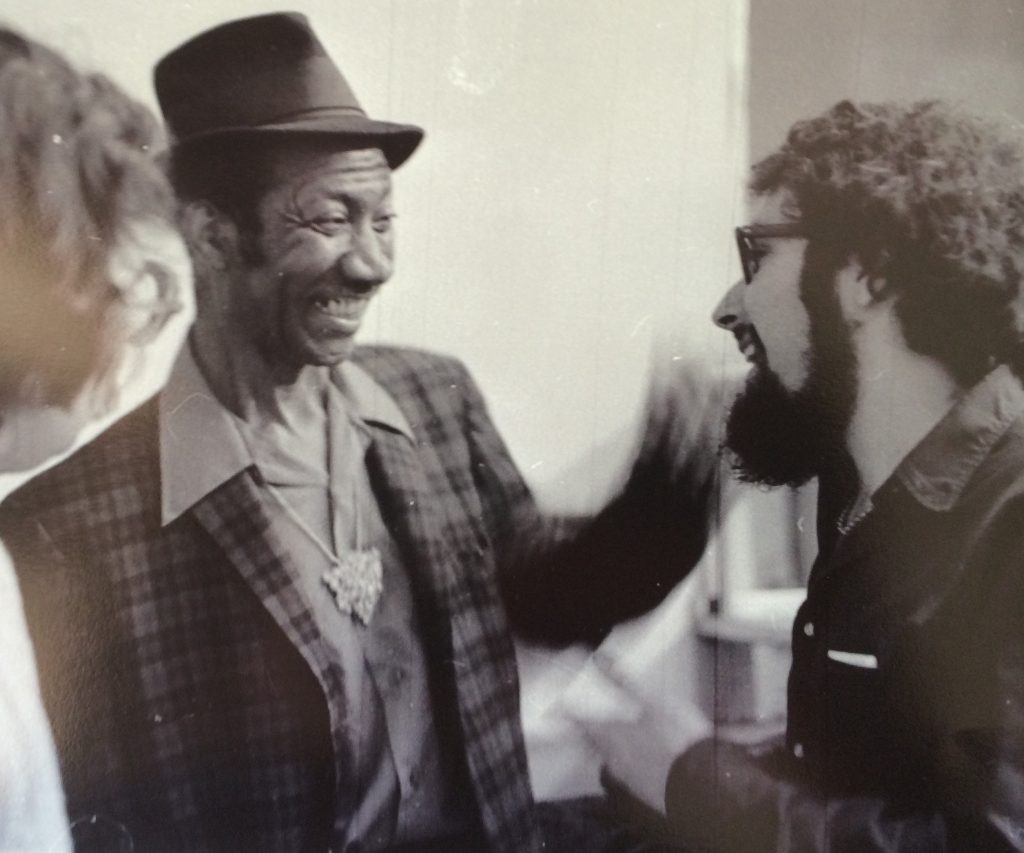 “The Queen Of The Blues,” by Koko Taylor  follows, doing her gender reversal of a Bo Diddley classic on “I’m A Woman.” (Koko is no relation to Hound Dog.) It’s clear from the guttural growl at the outset why she became a Chicago blues institution and her talent became a keystone of the Alligator label, beginning in 1974 with “I Got What It Takes.” She wrote this track for her 1978 release, “The Earthshaker,” and the song was just that; she sang the anthem at every live show for the next thirty years, until her death in 2009, shortly after performing at the Blues Music Awards and winning her twenty-ninth award.

The talents of harmonica masters Big Walter Horton and Carey Bell, his mentee, are enough to make me holler “Have Mercy” when listening to their 1972 instrumental duet. Fenton Robinson’s “Somebody Loan Me A Dime,” from 1974, predicts the sweet soul and tone of Robert Cray, who teamed up with Johnny Copeland and Albert Collins for 1985’s “Showdown,” still Alligator’s best-selling album, from which “The Dream” is drawn. The label released records for seven years before it signed its first non-Chicagoan, Collins as a solo artist, and the Houstonian’s talents as “the Master of the Telecaster” are on abundant display on “Blue Monday Hangover,” from 1980’s “Frostbite,” co-produced by Iglauer and Dick Shurman.

More harmonica histrionics blare forth in the form of William Clarke’s “Pawnshop Bound” and “Little Car Blues,” another Carey Bell collaboration, but this time 1990’s “Harp Attack” included James Cotton (who played with Muddy Waters for ten years until embarking on a solo career in the mid-1960s), Junior Wells and Billy Branch. Bell also appears solo on disc two with “I Got A Rich Man’s Woman” from 1995’s “Deep Down.” 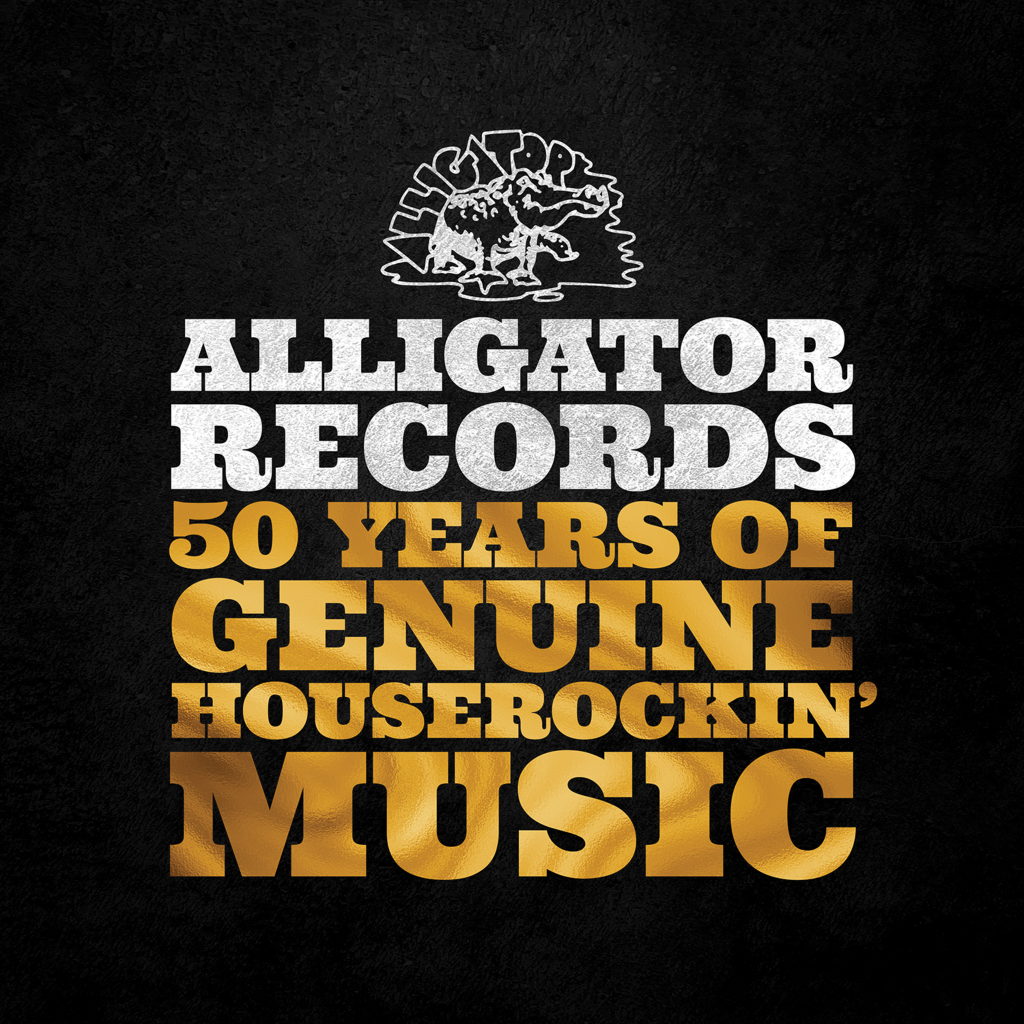 Professor Longhair’s final record, 1980’s “Crawfish Fiesta,” capped off a career of almost forty years, and on this, his favorite album, he teamed with Dr. John on guitar. His driving yet creative piano dexterity and almost silly sounding tenor on “It’s My Fault, Darling,” backed with a bracing horn section that propels its ambling gait is yet another highlight. And if you’re counting, we’re only on the first CD, and we haven’t mentioned Son Seals (Alligator’s third signing, who recorded eight albums for the label, beginning in 1976), Texan blues guitar hero Johnny Winter, Luther Allison, Lonnie Mack and Brooks back to back (both of whom appear live), Clarence “Gatemouth” Brown and many more.

While percentage-wise, the guys significantly outnumber the gals on “Fifty Years of House-Rockin’ Blues,” the quality of the female-fronted talent catalogued here is top-notch. Saffire—The Uppity Blues Women were an acoustic trio from Virginia, and on “Sloppy Drunk” from 1991’s “Hot Flash,” one of eight albums they recorded for Alligator between 1990 and 2009, the late Ann Rabson sings and plays a boogie-woogie piano part and tells a tale of preferring a bottle over a past partner. Speaking of boogie-woogie, “The Swamp Boogie Queen” Katie Webster came out of retirement in the early 1980s and cut three albums for Alligator, including 1989’s “Two-Fisted Mama!” The searing “I’m Still Leaving You” is punctuated by Webster’s mellifluous keyboard run that seems to sparkle like Louisiana bayou waters as the sun sets on a summer evening.

Living Chicago blues landmark Mavis Staples came out of retirement (she was only sixty-five at the time) for 2004’s “Have A Little Faith,” and the passionate “There’s A Devil On The Loose” serves as a cautionary tale arising from the post-9/11 milieu. Marcia Ball celebrates New Orleans as a “Party Town” from 2008’s “Peace, Love & BBQ,” one of seven albums she’s recorded for Alligator, and another 2008 release, Janiva Magness’ “What Love Will Do” is represented with a rocking, funky cut. The Grammy nominee has released fifteen albums, three for Alligator. While we’re on the topic of Grammy nominees, it’s fantastic to see Shemekia Copeland’s “Clotilda’s On Fire” included. Copeland cut her first record for the label at age eighteen, her 2018 release “America’s Child” was my choice for the most important record of the year, and if anything, 2020’s “Uncivil War” was better.

Even though at first blush the three-disc collection may seem front-loaded with a more recognizable stable of stars, it’s a tribute to Iglauer (and his team, he would be quick to credit) that the entire survey is of such consistent quality. While there are reliable stalwarts sprinkled throughout, like Roomful of Blues, The Kinsey Report, Billy Boy Arnold, Joe Louis Walker, Billy Branch & The Sons Of Blues, Lil’ Ed & The Blues Imperials and a track from 2020’s “100 Years Of Blues” collaboration between veterans Elvin Bishop and Charlie Musselwhite,

There are also up-and-comers like Christone “Kingfish” Ingram, Selwyn Birchwood (whose title cut to 2021’s “Living In A Burning House” is included) and the whole glorious affair fittingly concludes with Toronzo Cannon’s rocking track, “The Chicago Way.” “Second City? Try second to none,” Cannon barks fiercely, and that also sums up the fifty year legacy of Alligator.

Unless you’re an Alligator completist, or a blues encyclopedist, there must be an embarrassment—an intensity of blues bordering on a shade of navy black—of music new to you among much that perhaps isn’t. But even if you have all 350-plus records Alligator has provided to the world since 1971, this collection is all killer, no filler, and it’s fantastic to have so much richness in such a compact package.