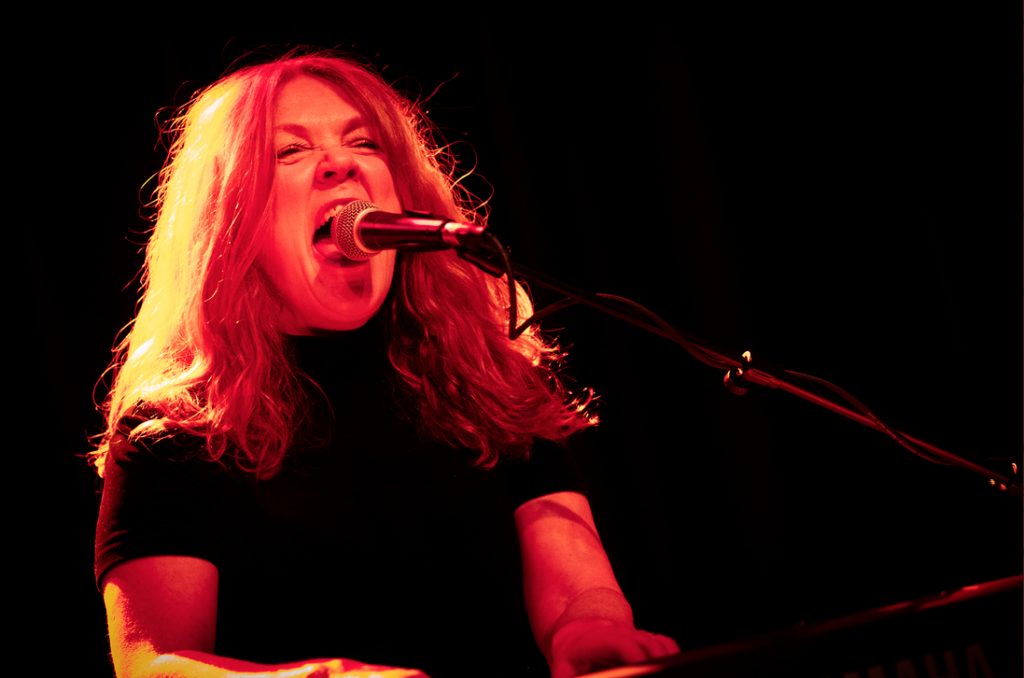 One of the surest signs of artistic vitality in Chicago has been the frequency of collaborations by artists across disciplines. Performing artists teamed up with visual artists, or with literary or dramatic artists, and the results, while mixed, could on a good night widen the scope in ways a single-focus event couldn’t—with points of view expressed in different vocabularies twining to both enhance and comment on each other.

For the past year and change, however, Chicago artists have had to retreat to their silos. Musicians, for whom collaboration is basically their job, were not only cut off from their visual and literary colleagues, but from each other. Which is why the announcement of singer-songwriter Denise La Grassa’s “The Flame,” which pairs her with painter Artist Sholo, aka Cheryl Beverly, gave me an unexpected frisson of pleasure. The silos are coming down again.

La Grassa has been pegged a jazz singer and keyboardist, and she’s certainly got improvisatory chops; but she’s also sufficiently a woman of her time to pull in influences as diverse as funk and folk. And her compelling contralto owes more to Grace Slick than Sarah Vaughan. For this performance, she’ll be joined by guitarist John Kregor.

Artist Sholo works mainly in mixed media; her works are splashed with cheeky wit and sumptuous color, and she has a gorgeous sense of line. She’ll be painting while La Grassa plays and sings, making this the kind of conversation we haven’t had in a while.

“The Flame” is an especially ambitious project, and clearly La Grassa has designed it for the moment. It comprises, in the words of the press kit, “new songs through the eyes of Lady Liberty in a twenty-first century marked by confusion over the role of American democracy and original identity.” For a citizenry that’s been wrestling with these issues over the past year of quarantine, it’s refreshing to have the opportunity to gather us together under one roof and watch a pair of gifted artists work it out in real time.