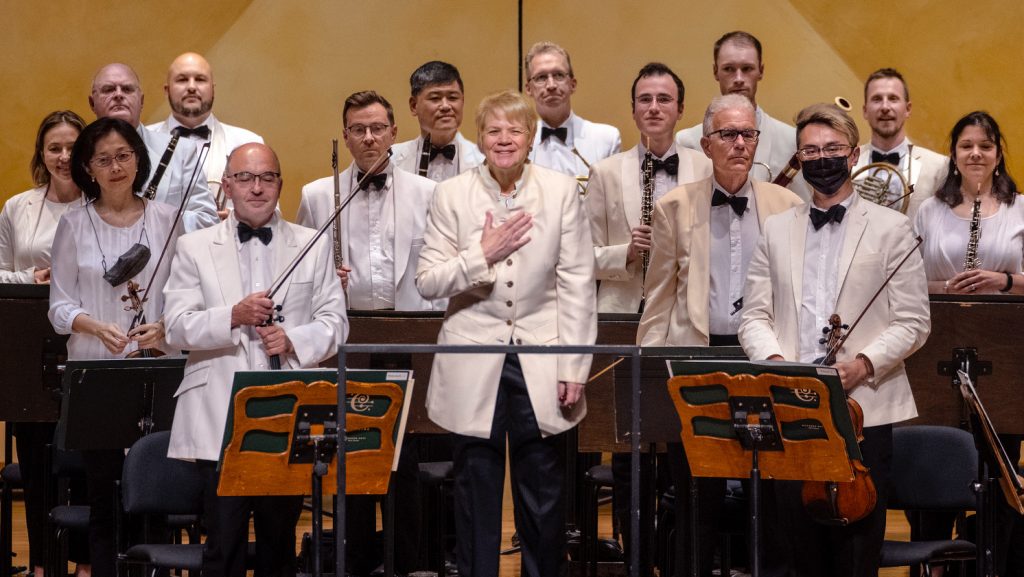 Conductor Marin Alsop was the “artistic curator” of the Ravinia 2018 Leonard Bernstein centennial celebration. It was a natural choice given that Alsop had been a protégé of Bernstein and was such a success that it was carried over into the 2019 season. Bernstein’s “Mass” was encored and recorded for national television broadcast on PBS’ “Great Performances.”

When Welz Kauffman announced in late 2019 that he would be stepping down as Ravinia CEO and president in 2020 after twenty years at the helm, Alsop was soon after announced as Ravinia’s first-ever “chief conductor and curator,” effective Kauffman’s final season. The timing was curious, given that Alsop announced her departure as music director of the Baltimore Symphony at the end of the 2020-21 season just weeks later.

Given the pandemic, none of the Kauffman farewell celebration concerts took place, and Alsop’s Ravinia position was delayed until the start of the 2021 season.

Aside from this being the first full-scale Chicago Symphony concert in sixteen months, the fact that it was happening on a Friday night was a marked departure from the Kauffman era, when the prime weekend spots were primarily for pop and rock acts. If a weekend night was a CSO night, it was usually the CSO accompanying a blockbuster movie.

After a surprisingly slow National Anthem, with the same brass and percussion forces used for the opening piece, Joan Tower’s “Fanfare for the Uncommon Women, No. 1” ensued, with its familiar Coplandesque celebratory pageantry. Being the dedicatee of the work, Alsop has made this a signature piece. There have been five other moments written by Tower since “No. 1” was premiered in 1986.

Mexican-born Highland Park pianist Jorge Federico Osorio’s artistry is always welcome, but given he was performing the Mozart “Piano Concerto No. 23” in a venue where he also resides made it all the more so.

It seemed like Osorio was calling the shots musically, if not always in sync with Alsop’s often rather staid and ponderous accompaniment.

2020 was to have been the Beethoven 250th birthday celebration not only at Ravinia, but all over the musical world. Thus, using the Beethoven “Seventh Symphony” as a calling card to state things were musically coming back to life was an inspiring choice. Not only does its haunting Allegretto serve as a funeral march that has never sounded so mournful and relevant (as the reported known COVID-19 death toll has now topped four million), but the joyous and jubilant music that follows served as a life-affirming reminder of hope.

The CSO gave Alsop a nuanced and well-balanced performance that was greeted with an instantaneous standing ovation at its rousing conclusion.