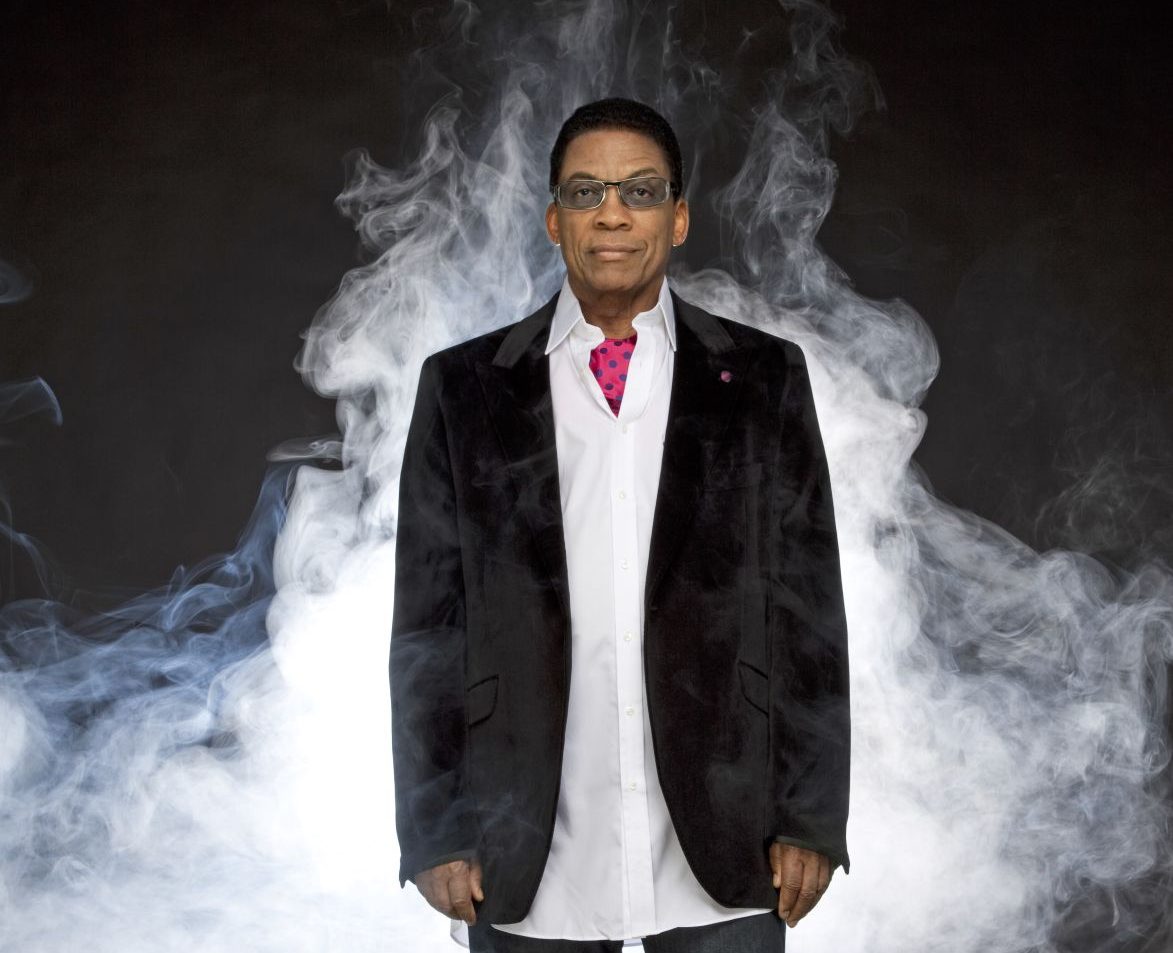 Many of us may not recall much about what we did at age eleven. But if you happened to make your Chicago Symphony Orchestra debut at that age—even if that happened to be seventy years ago—the memory is clear.

“Those were called Young People’s Concerts,” legendary keyboardist, composer and native Chicagoan Herbie Hancock recalls. “What they did was select a young person who had competed on their particular instrument. So, there was a winner for violin, woodwinds, and I won for piano. For each winner, the prize was to be able to perform the piece that they played for the audition with the Chicago Symphony. That was a nice thing and very encouraging for young people. I had only been playing piano for four years at that point.

“I auditioned with a Mozart B-flat concerto [Piano Concerto No.18, K. 456] but in the letter that they sent—it was more like a five-by-eight postcard—it said, ‘Congratulations! Unfortunately, we couldn’t find the orchestral parts for that concerto so you’ll have to either learn a new concerto, or forfeit.’ So, I learned another one, in D Major that was called the ‘Coronation’ Concerto [Piano Concerto No. 26, K. 537]. I hadn’t played that, so I had to learn that one in a matter of months. I think I was sent the card that I had won in the fall, but the concert was going to be that following February. It ended up being the day before King George died and then Elizabeth became Queen.”

Does Hancock remember who the conductor was? “For the audition, it was the assistant conductor, George Schick. For the concert, the conductor was Rafael Kubelik, he was [Chicago Symphony] music director at that point. I think he conducted the actual performance. I didn’t know the ‘Coronation’ Concerto as well as the B-flat Concerto, I wasn’t as comfortable with it. What I remember is that the middle of the stage would come down and then all of the sudden, the middle of the stage would come back up with this nine-foot concert grand! And that was always exciting when I saw that big piano arrive. I think I was wearing some short pants and then I had to walk through the orchestra and I wanted to get to the piano, this little guy on stage. It was a long walk! But I was thrilled to be there, I’ll tell you. My eyes were wide open. Wow. I also signed my first autographs that night, too. I was surprised and delighted. I remember the first one was a little girl, she came with her mother.”

Even with returning to perform at Orchestra Hall many times over the years in numerous guises, and despite the Hall having been renovated twice since then, that special concert is indelibly associated with the venue in Hancock’s mind. Might we hear some Mozart again on September 2 when Hancock returns to Orchestra Hall to launch his first national tour in nearly two years? Hancock laughs. “I don’t think so, although I did play some Gershwin there years later, on a tour with Lang Lang and with the Chicago Symphony. And some Bartók with Chick Corea. When it comes to classical or jazz, I’m not equally proficient on both anymore because I’ve spent so much more time and many, many years playing jazz and not playing classical music.” 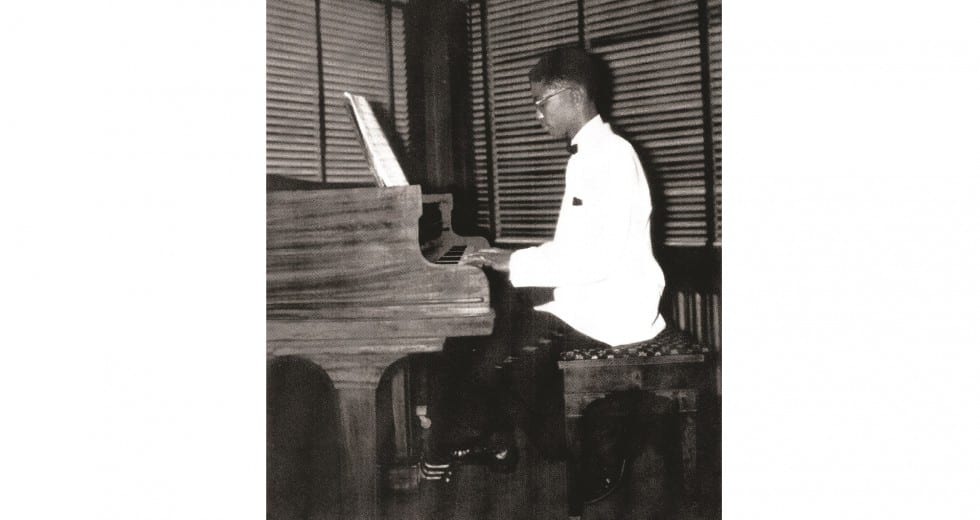 Still, that magical 1952 evening playing with the Chicago Symphony “pretty much solidified my desire and aspiration to be a musician,” says Hancock. “But I thought I would be a concert pianist, a classical musician. I wasn’t attracted to jazz at that time. I heard it, but I thought it was for older people. Classical music wasn’t even in that hierarchy because the word ‘classic’ was like, been there forever. At the time, I only listened to classical music and rhythm and blues. That was it.

“Once I got to Hyde Park High School, now Hyde Park Academy, the students used to have a variety show. It was called Senior Varieties, the senior class produced it. Folks from various classes would participate. And there was a jazz trio that performed and the pianist was in my sophomore class. And that was what really did it for me with jazz because he was improvising on my instrument! I didn’t know how to do that. And it looked like he was having fun and it was a nice beat and they had smiles on their faces and the students liked it. So, that’s when I decided I want to learn how to improvise. I want to learn how to play jazz.”

Passing through Shearing as a back-door introduction to jazz, “Erroll Garner was like the next cat,” Hancock recalls. “He could swing. We’d say swing you into bad health. I liked the feeling from the rhythmic side of it but it also had a lot of heart.” Then came Oscar Peterson, whose formidable technique formed an intersection with Hancock’s previous classical training. “Then I heard a kind of East Coast hard bop stuff. That really got me excited. And I was smitten from then on.”

Still in high school, Hancock was too young to go to jazz clubs but he did attend the legendary jam sessions at Roosevelt University run by Joe Segal. “At first, I just attended them, and then I got a chance to play them. I got to know some of the musicians and they would hire me for gigs and I would learn some of their repertoire. Pretty soon, I got asked to sit in on those. Or I would ask to sit in, and the answer became yes. On the South Side at around 63rd and Cottage Grove, there were also jam sessions. Von Freeman had a big band and I sat in. For one thing, I could read. And I just hung out with the local musicians. Ira Sullivan played trumpet and tenor sax. I knew all of those guys.”

One pianist that Hancock heard at a Joe Segal jam session that made an enormous impression on him was Chris Anderson. “Everybody knew Chris was the guy,” says Hancock. “He knew all about harmony, chord structure. His approach was partly academic, partly like the color of a chord, partly like balance. There were several pianists that actually always wanted to hang out with Chris because Chris knew all the secrets about harmony. He could take a ballad and play the melody—like five choruses of just the melody—and change the harmonies each time into something new. It was gorgeous. I remember the first time I heard him play, I was crying. It was so beautiful, right? And I said, ‘I’ve got to study with this guy.’”

Growing up on the South Side at 45th and South Parkway—now King Drive—Hancock says he still has strong feelings about that neighborhood. “Not only because I was born there,” says Hancock, “but because it was from there that I first went to hear people like Miles Davis. I heard Miles at the Regal Theater which is at 47th and South Parkway. Miles was like Zeus to me. He was already at the top of the heap so I felt privileged I could even see him. Coltrane was with him at that time so that had to be about 1955, I was fifteen years old. Wynton Kelly was playing piano with him, not Bill Evans, if I remember correctly. I didn’t hear Bill Evans until I moved to New York.”

And what brought Hancock from Chicago to New York, where, among other things, he would later be recruited by Davis for the new Miles Davis Quintet he was forming in the early 1960s? “Actually, I got a gig with Donald Byrd when I was still in Chicago,” says Hancock. “One winter there was a blizzard and there was a gig that they had to play in Milwaukee. So, Donald flew into Chicago because his piano player had gotten stranded somewhere and he needed a piano player for at least the first weekend of a ten-day gig. He figured by Monday his piano player would show up. Anyway, he went to a club called the Birdhouse in Chicago and saw the club owner and told him he needed a pianist for the weekend. And the club owner gave me a break and said, ‘Do you want to try out a new, young up-and-coming pianist on the Chicago scene?’ And he mentioned my name and they called me and I got the gig to play that weekend. Donald and the band seemed to really like the way I played and before the weekend was over, he told me he was going to fire his pianist and he wanted me to be the pianist in the band. But I’d have to move to New York. That was in Milwaukee when he told me that. ‘Everybody in the band loves the way you play and we want you to stay in the band.’ And I said, ‘I would love to, but first you have to ask my mother.’”