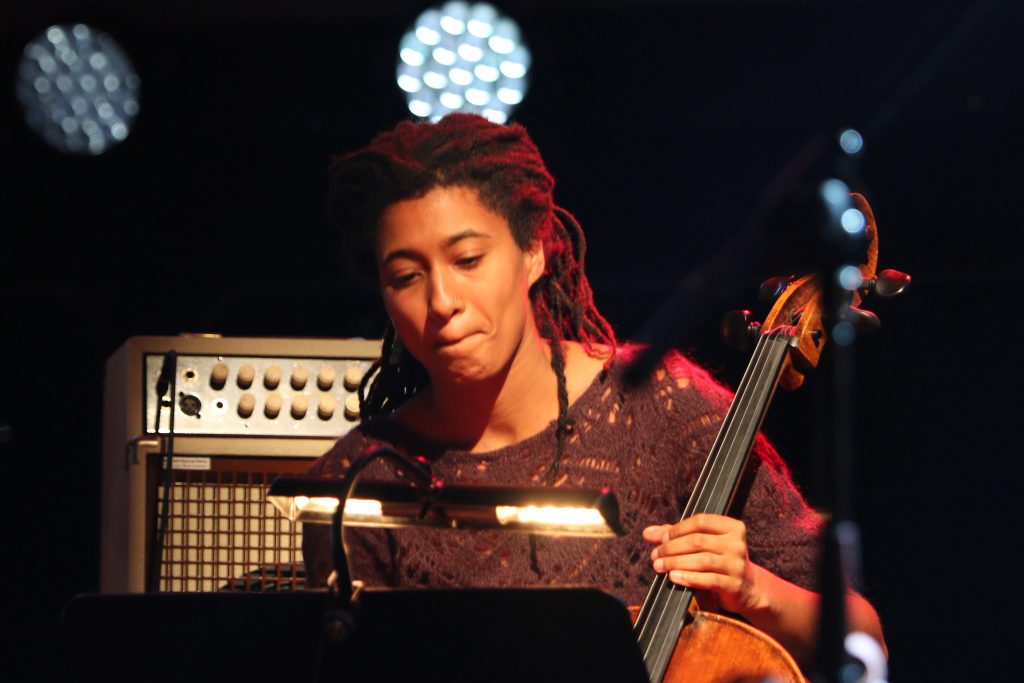 “I had the image of a composer’s head—imagine that famous bust of Beethoven—with a line of ten taxicabs driving out of each ear,” says composer and musical powerhouse Augusta Read Thomas of the first Ear Taxi Festival in 2016. “The image illustrates that Ear Taxi Festival is taking you on many composers’ aural taxi rides, each one fresh, fun, engaging and unique and played by a huge array of world-class musicians.”

I’ve always loved that image of an ethereal taxi cab ferrying musical ideas from the composer straight to the listener. We often come into a concert with preset expectations of what music should sound like or what a given musical act will perform but this image turns that on its ear, so to speak, in that it presupposes that the listener is receptive to new ideas and sounds coming from a different perspective.

The 2016 Ear Taxi Festival was an enormous success, planned as a one-off festival showcasing the depth and breadth of new music in Chicago. Spearheaded by Thomas with curatorial input from Stephen Burns and invaluable production help from Reba Cafarelli, Ear Taxi was such a hit that it was scarcely over before there was talk of mounting a reboot.

Curatorial director Michael Lewanski and executive and artistic director Jennie Oh Brown have planned an ambitious festival with hundreds of events taking place in neighborhoods all over the city.

The 2021 Ear Taxi festival’s initial mainstage concert on September 19 celebrates LGBTQ musicians in Chicago and closes on October 4 with a concert by jazz trumpeter Chad McCullough that features composer Matt Ulery on bass. In between is a dizzying array of performances and talks that showcase the incredible variety of new music in Chicago and take place in neighborhoods throughout the city, an important part of the festival’s mission.

“It’s a huge city, and we are all better served to go to neighborhoods we don’t normally go to, and to learn about new venues,” Lewanski says. “Big picture: we want to contribute to positive culture change. Our field faces huge challenges: systemic racism, economic inequality, precarity, accessibility for starters. Clearly we can’t solve these problems ourselves, but we hope to facilitate conversations that lead to real, tangible, in-the-world changes. The goal is for all of us to grow.”

Though she is not directly involved in the planning of the 2021 Ear Taxi Festival, Thomas looms large. Jennie Oh Brown says that “the one aspect that I hope people will see as a continuation from Ear Taxi Festival 2016 is something I’ve heard Gusty describe as the ‘citizenship’ of her work in general; this is truly the spirit of the first Ear Taxi Festival in 2016. Ear Taxi Festival was always intended to be a vehicle to serve the entire new music community of Chicago: to showcase, uplift, and provide meaningful opportunities for our truly world-class local artists… Or in Gusty’s words, ‘Go team!’”

The lineup is divided into Mainstage concerts and Spotlight concerts, plus professional development workshops. It’s a staggering list of performances, so here are a few of my personal must-see shows.

Part of the Mainstage series, D-Composed is a “Chicago-based chamber music experience that honors Black creativity and culture through the music of Black composers,” and they’ll take to the stage on October 3 at the Epiphany Center for the Arts.

Quince Ensemble plans a fascinating program for September 30 at the Kehrein Center for the Arts in the Austin neighborhood and ~Nois, a saxophone quartet, will give the world premiere of a work by Annika Socolofsky, which will also feature vocals by the composer, at Constellation on October 3.

Also on October 3, Devin Clara Fanslow’s ensemble Fire Thief will perform a set of original music at the Epiphany Center for the Arts.

There are three new pieces commissioned by the Ear Taxi Festival. Zachary Good and Tonia Ko collaborated on a work called “Up High,” an installation and concert piece in which the two artists confront a shared fear of heights by performing at the Performance Penthouse on the ninth floor of the Logan Center for the Arts, atop pedestals while wearing custom-made bubble-wrap jackets. One can only imagine what the rehearsals for this piece were like.

Another commissioned work is a large-ensemble piece with electronics by Janice Misurell-Mitchell that takes its inspiration from text from Jacques Attali’s book “Noise: The Political Economy of Music” in which he posits the theory that “noise (unwanted sound) represents people and forces in a society that are excluded from the mainstream culture, and that cultural change will be heralded by musical change.” With its emphasis on equity, that could be the mantra for the Ear Taxi festival as a whole.

The third commissioned work is by Chicago favorite Tomeka Reid, a versatile composer and performer if ever there were one. Reid’s piece has yet to be titled and there’s scarce information about it, but I feel comfortable recommending it as a highlight. The premiere is October 3 at Epiphany Arts Center.

On the Spotlight side of the fest, intriguing shows include the Chicago Composers Orchestra’s collaboration with Homeroom Chicago and Spudnik Press on Ten x Ten, a pairing of screen prints with new orchestral works by Chicago composers. That’s on September 25 at St. James Cathedral.

On September 29, Lakeshore Rush perform a program called “Sunlit,” a “musical exploration of humanity’s relationship with nature” at the Garfield Park Conservatory. The music explores the “ever-present influence of the sun and its cycles, the seasons, animal life, and our inescapable need to take an active role in preserving nature.”

Those are just a few of the many concerts taking place, with nearly 600 performers in all. Complete information is online at Ear Taxi Festival’s website. Much of the music you see on the site will be unfamiliar to you, but that’s the point! The Ear Taxi festival is a great chance to explore new venues, hear new music and leave your comfort zone in the dust.