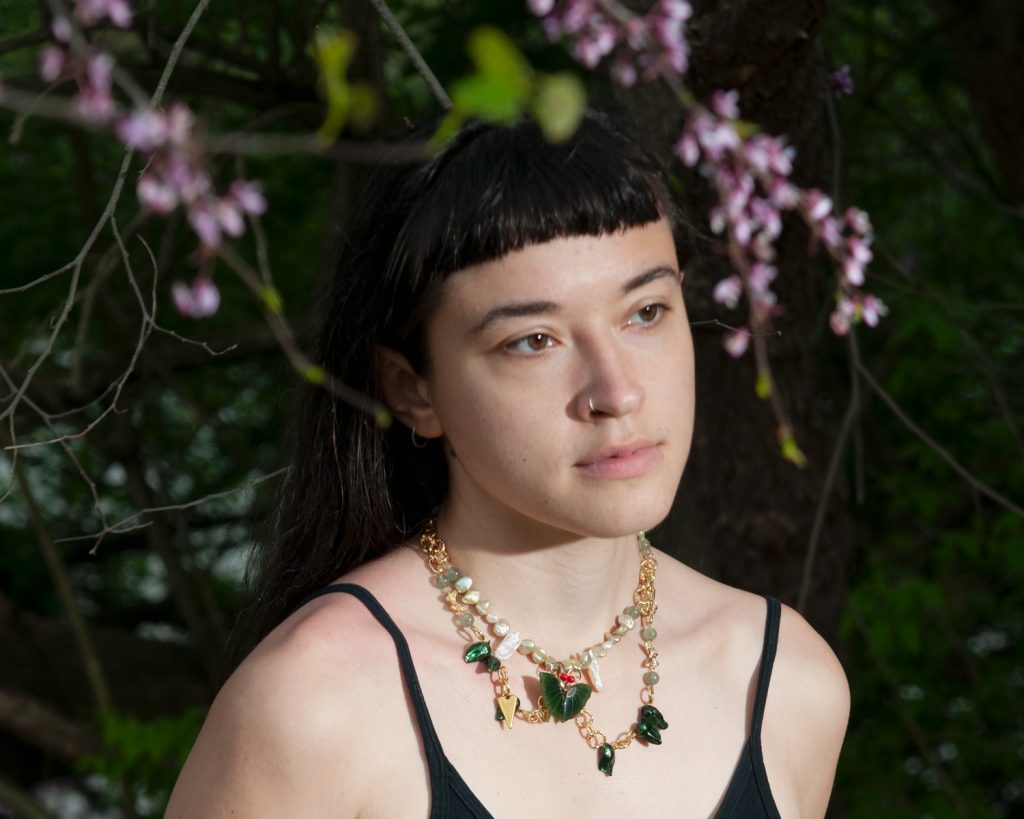 Newcity contributor Craig Bechtel considered the plagues of 1665 and 1816 last summer, and noted the intellectual breakthroughs that resulted from thinkers and creators who, in both cases, had withdrawn into private spheres in self-preservation. “Could a similar forced sequestration,” he mused about our then-current quarantine summer, “lead to similar achievements of brilliance this year?”

In music, the answer appears to be, oh, hell yeah. In recent weeks, Newcity has reviewed releases by local artists as disparate as Steve Dawson and Shawn Maxwell that are, in their individual ways, responses to, or adaptations to the restrictions and limitations imposed by COVID. With the new release by Macie Stewart, we have something even more singular: a renowned and accomplished artist seizing the chance to speak in her own voice for the first time.

As a singer-songwriter-multi-instrumentalist, Stewart has been a vibrant presence on the local art rock and avant-garde music scene, but almost entirely as collaborator; she’s best known as a member of Ohmme, her ongoing (and highly acclaimed) project with Sima Cunningham. Stewart began working on solo material in 2019, but it wasn’t until she found herself in pandemic-prompted self-isolation that she was able to turn her full attention to it. The result is a remarkable debut album, “Mouthful of Glass.” And while the record features an array of topflight musicians, including Lia Kohl, Ben Lamar Gay, Ayanna Woods and Sen Morimoto, they’re here not in partnership with Stewart, but in service to her. This is the first time we’ve heard her voice undiluted, and what she has to say is riveting.

The opening track, “Finally,” uses a rippling guitar and sighing strings to guide us through Stewart’s decision to speak: “Which one way was better?” she asks. “See neither, know never? / Tied twice to be tethered in two? / Finally / Finally I learn to tell the truth to myself.” One of the things I like best about this utterly gorgeous track is the sound of Stewart’s fingers sliding across the guitar’s fretboard; the grazes and rasps puncture an otherwise seamless instrumental line, as if to say, “Nothing’s hidden here; everything is in the open; everything is material.”

That declaration made, Stewart plunges into confessional mode in the following cut, “Garter Snake.” “I am addicted to indecision / I am addicted and I feel wicked,” she sings, and the melody is sufficiently sly, and her inflection of that one word “wicked” sufficiently offhand, that we infer she’s not entirely unhappy with this state of affairs. “The crime is knowing nothing at all / And standing seven feet tall / Trapped in the mirror again,” she sings over soaring strings. (Stewart’s subtle and meticulous arrangements are ravishing throughout the album.) 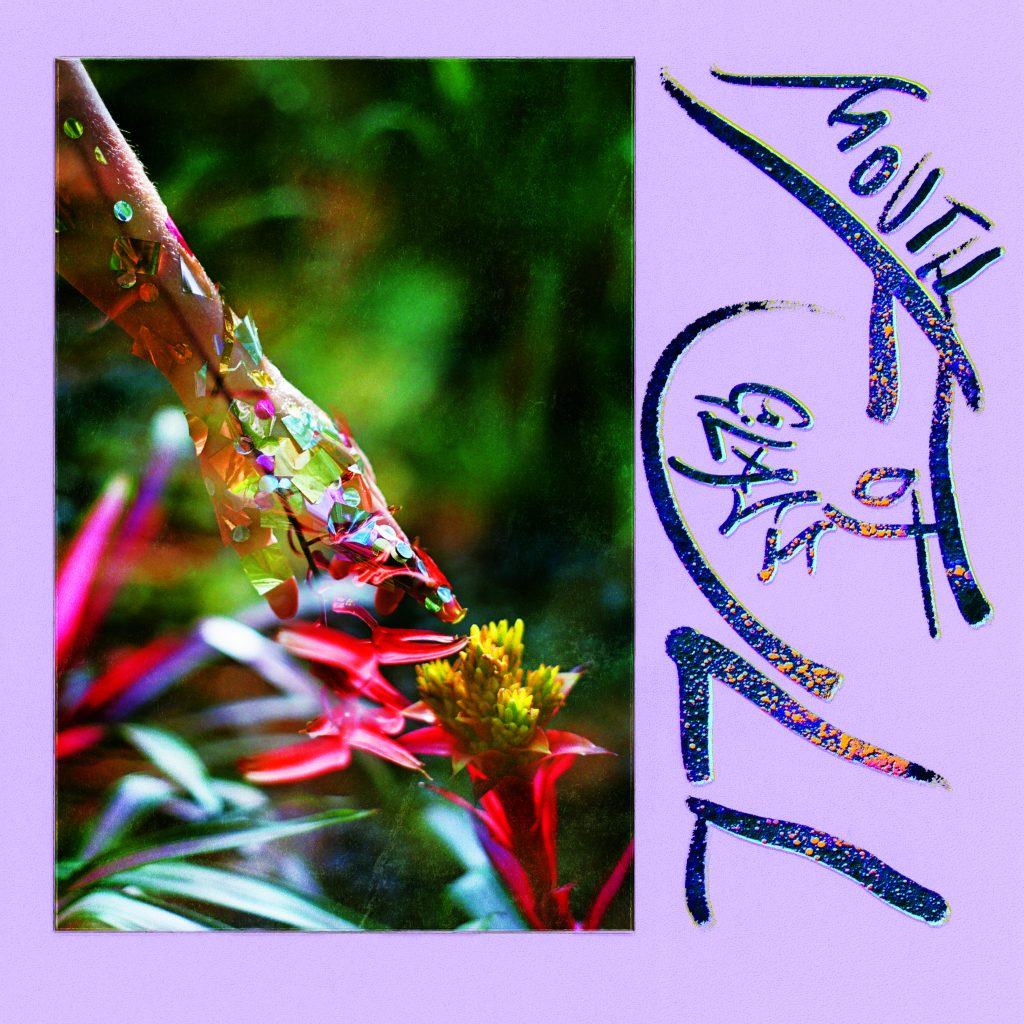 The title tune has an incantatory vocal line (“Let me know when you go… I’ve got a mouthful of glass and no one to tell about it”) that persists through a spiraling instrumental bloom. It’s hard not to see the whole thing as an aural metaphor for self-isolation during COVID: a throughline of repeated, pleading phrases, encased by a seething, searching outer sound world.

“Golden (For Mark),” which follows, is the most conventionally autobiographical tune. It’s a quiet lament for a young man (“Golden Boy your ma’s greatest joy”) who Stewart lost to gun violence when she was very young (“Golden yes, now just wishes at best / I never got to know you”). Any voyage of self-discovery will involve confronting loss; Stewart does so with affecting brevity and restraint here.

The subsequent cut, “Where We Live,” is half lament, half lullaby. “One day I’ll find a house where we could live,” she sings at the opening, over barely strummed accompaniment. After this almost tentative spareness, the tune swells into sonic splendor, incorporating both a saxophone and ambient sounds. It also features Stewart’s most evocative lyrics: “Honeycomb, soft unknowing gritted teeth / Canopy, covered island warm and sweet.”

Stewart’s wistfulness determination in this cut is in contrast to her uncertainty in the next, which begins, “What will I do if it never amounts to you?”—a question that evades literal meaning but slam-dunks an emotive one. It’s a gently ambling tune about romantic uncertainty, about wanting out without knowing why. We return to the struggle, introduced in the first track, for self-knowledge: “I didn’t say the things / That I know now I’m through the door / I didn’t know myself / When will I know myself?” Stewart may have learned to tell the truth, but sometimes the truth is admitting you don’t know the truth.

In the very short “Tone Poem,” Stewart sings over a single chord as it shifts from major seventh, to seventh, to sixth, to the triad; then the chords themselves start descending. This gradual sliding downward is at odds with the bright, almost chirping delivery of the lyrics—which again address both the urgency and the difficulty of communicating: “Speak when there’s nothing left to say / When words evolve from clay / They sink into our bones / And they find a way to stiffen you / As they often do.”

The cumulative effect of all this self-examination, self-recrimination and self-exhortation comes in the final track, “Wash It Away,” in which Stewart sorts through her regrets, failures and epiphanies, ending with a continued repetition—like a drumbeat in waltz-time—of exhaustion and, if I’m reading it right, transcendence. “Finding the key / To get rid of me / And wash it away,” she sings; as though having confronted herself unflinchingly, she’s determined to move beyond it.

“Mouthful of Glass” comprises only eight songs, most very short; the concluding track, at 5:29, is the only one not under four minutes. But each track is constructed with jeweler-like precision, and while the album is small in scale, it isn’t small in scope. This is Macie Stewart mapping out her interior landscape, and it’s a terrain of exhilarating complexity and charm. It’s disconcerting to realize that this is an album—and not the only one—that we wouldn’t have had without COVID; and while we obviously can’t be grateful for the pandemic on that account, we can be grateful for the inherent ingenuity that prompts artists like Stewart to mine what the banished duke in “As You Like It” calls “the uses of adversity.” And by employing those uses, artists like Stewart ease adversity for the rest of us.

Brilliant review of a brilliant young artist, of course some may think I’m biased.