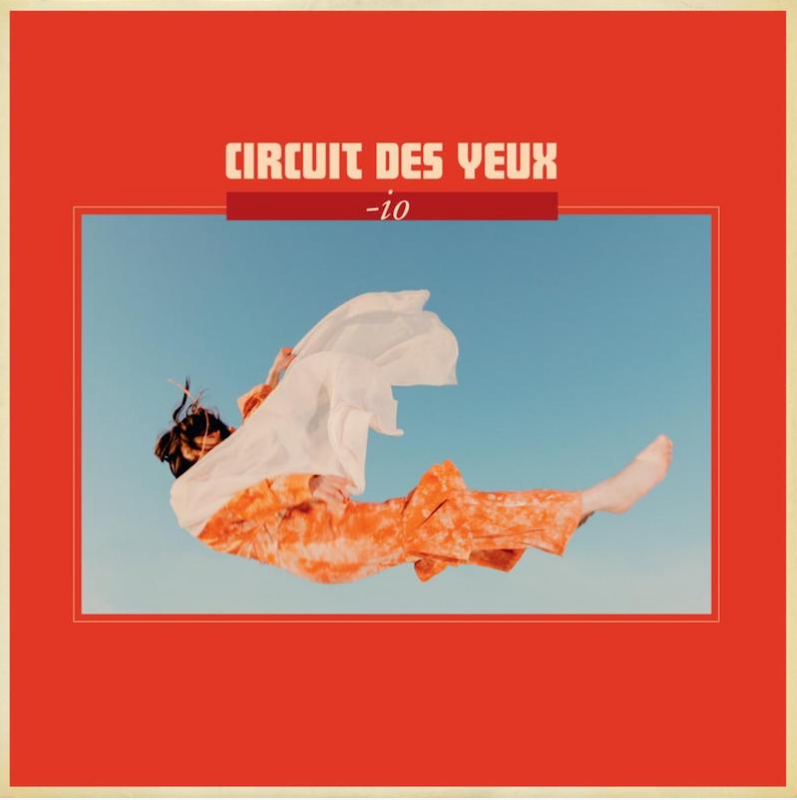 Haley Fohr’s latest album—her sixth as Circuit des Yeux—begins with an exhalation, followed by a chanted “om” and then, a long orchestral inhalation. In the pause that follows, you find yourself holding your breath along with the record—then plunging into the stabbing strings of the first cut. It’s an audacious way to begin a record; a high-diver steeling herself before propelling herself off the board.

Yet it becomes increasingly apparent why Fohr shared this moment of steeling herself; it’s because the waters into which she descends are deep and perilous. The artist has spent the past two years enduring personal losses, set against the larger deprivation of the global pandemic.

Yet the moment has a spiritual element as well; Fohr has given it the title “Tonglen | In Vain”—tonglen being the Buddhist practice of breathing in pain and breathing out healing. It’s an audacious task for the artist to set for herself; in attempting to transcend the sheer weight of all this grief through music, she might very well have found herself punching above her weight class.

As it turns out, she’s more than a match for the task. As an artist, Fohr is situated at that perfect juncture at which seasoned experience is still informed by youthful vigor. “-io” is an exhilarating and frequently beautiful album, and most listeners will experience some kind of vicarious affinity for it. It’s a dazzling, often revelatory piece of orchestral art-pop.

In “Vanishing,” Fohr leads with an invocation of loss (“Fading, falling, melting, sinking, disappear / Zero axiom is our hero”). Tacking boldly between time signatures, she marshals (not only in this tune, but throughout) a twenty-three-piece orchestra with grace and daring. There are repeated, almost incantatory sequences overlaid with riotous gesture and display, and the tune brims with stunning poetic passages (“Goodbye to the puddle in the ground / We didn’t know each other well / But you were my mirrored sky”).

“The Chase” is another standout, one of several cuts that are more suites than songs. It uncannily conjures the physical sensation of being on the run, both physically and metaphorically, starting with a breathless whisper over a discordant jangle (“Falling down the graveled road / The wind is at your back but it feels like vertigo”), then breaking into a heart-thumping instrumental sprint beneath Fohr’s almost languid coda, “I could not stop until the moment passed from my own heart.”

Where “The Chase” charts the arc of a pursuit, from the point of view of the pursued, “Argument” ranges over the emotional and symbolic landscape of the feud of the title. Some lovely, swirling strings draw us in and the movement is echoed by the lyrics: “The dust is dancing up from the floor / Only in the sunlight can I see / How far they’ve been traveling / Constantly spinning / I pretend to focus on the dance / It’s not that I don’t care / It’s just that I don’t want to see anger in the air.” It’s only with this last phrase that we realize what’s going on; Fohr is expertly expressing the heightened sense of physical awareness we have when we’re experiencing high emotion. The piece swells and intensifies, climaxing in Fohr’s voice twinned with a cello, singing, “Is this the end? Is this how it feels? While the ground shakes.” Then there’s a gentle, Latin-tinged coda: “Fatigue and slow trains / The dust is dancing for you / And the sound is trigonometry proof.”

Fohr strides heroically through so many variations on distress, that “Neutron Star” comes as a bit of surprise; it initially comes off as an ecstatic ode to becoming; but its gorgeously evocative lyrics become progressively more ominous. “The destiny of your life outnumbered all the rest / Each warranted mistake was protruding from your chest / Until all the gloom left no more room / And gravity got dressed.” But the end of the piece is tinged by regret; a neutron star is created by collapse—its weight pulls it into itself. A neutron star not only disappears, it sucks everything in its vicinity into it. As a metaphor for suicide, it’s both bold and transcendent.

The album closes with its most straightforward cut. “Oracle Song” plays like a lullaby, with Fohr gently singing a lament for a younger woman—seemingly one who, like Fohr, is striving to make her voice heard in a harsh and opportunistic world. “I saw figures forming around you / And I’m worried that they’ll kill / Your glowing skin, unknowing eyes, what hasn’t happened to you yet / You’re surrounded by the same men / That ended me when I was 17.” The song—and thus the album—ends on a hopeful but tellingly unresolved  chord.

“-io” is dense with ideas, but musical and conceptual, and it’s not shy about dressing them up for maximum effect. And Fohr’s voice—a commanding, cathedral baritone that can suddenly jump octaves to achieve a kind of primeval keening—benefits from the richness of sound world she’s created. But this much sonic opulence might be a lot to take in in a single sitting; in fact, Fohr’s own advice—included in a listening guide that accompanies the album—advises that you “take a break after track 5 or 6. -io is a novel not a movie.” Point taken. But it is, resoundingly, a novel worth hearing.