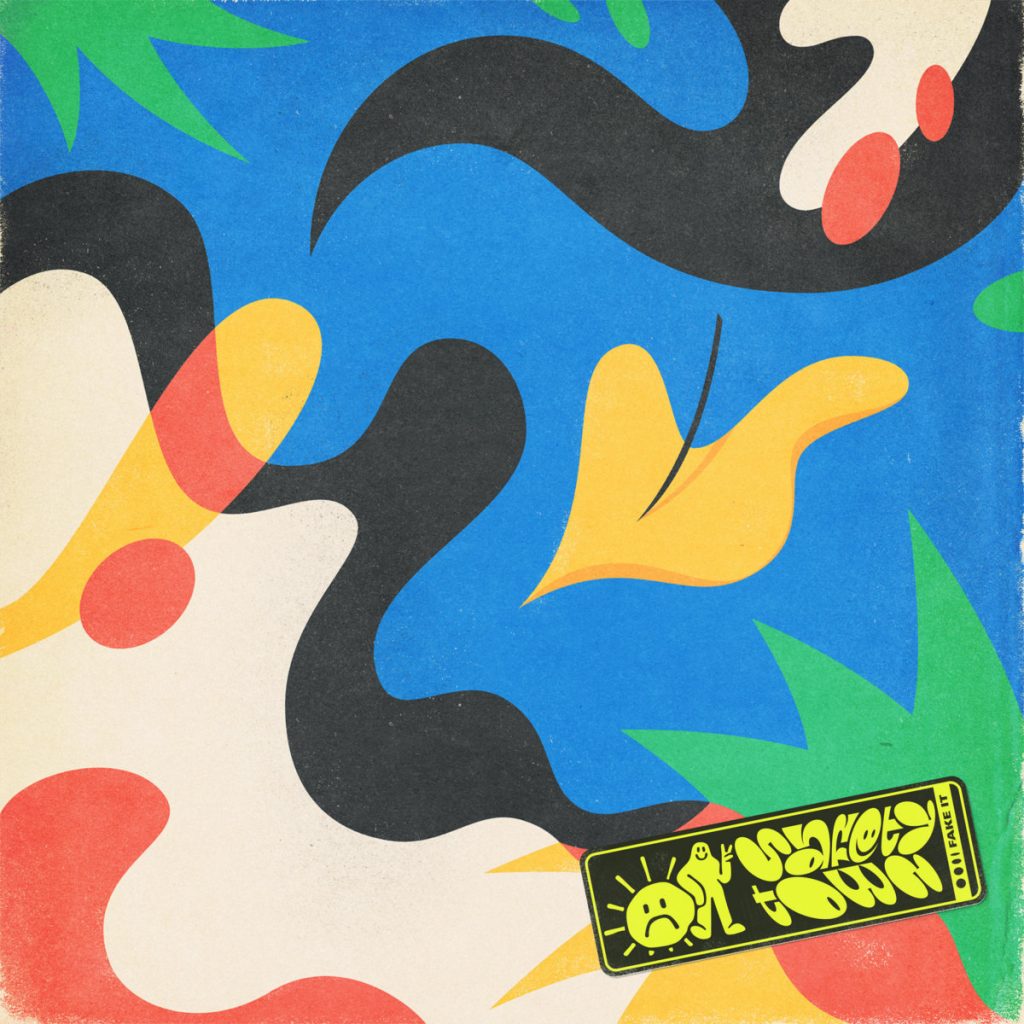 One of the alchemical aspects of music is its ability to achieve ecstasy by immersing in agony—ask any devotee of Italian opera. On the new album by Safety Town, the project of Jackson Davis, the singer-songwriter gazes unflinchingly, if poetically, at his navel, ruminating on the heartaches, disappointments and confusions that assailed him over the course of his twenties; and he sets it all to an electro-pop suite of almost delirious melodic gorgeousness.

Davis recorded the album in his apartment during lockdown, and while he credits some mixing assistance to Chris Mathien—as well as incorporating drums by Jake Besen on one track and guitar by Duncan Reilly on two—this is overwhelmingly a one-man show. Davis builds a seamless and irresistible soundscape, and while you hear the influence of prior synth-pop bands (New Order, Pet Shop Boys, Postal Service), his voice is distinct and original.

The opening track, “Bloom,” plays out like a mission statement, beginning with a ping that steadily repeats, even as other electronic elements are layered in, until the resultant aural tapestry is ravishingly integrated. The tune itself is about romantic longing, and while that’s a very old theme, Davis’ lyrics are inventive and fresh: “Creeping up and living in the side of the room / With the trash beneath your bed and your long lost shoes / It’s semi-automatic at the sight of the moon / When you’re thinking in your head how the flowers bloom.” There’s a lonely but adorable synth riff before the verse, a heartfelt mantra (“And it seems like everything runs on repeat / Yeah seems like everything runs on repeat”), while the percussion glumly kicks a can down the street. Melancholy has rarely sounded so beguiling.

The rest of the album tacks between moods and grooves, from the giddy, galloping rhythm of “Fake It,” and the martial promenade of “Kudzu,” to the playful calypso of “Only a Dream.” Davis’ lyrics, too, use different narrative strategies, from flights of verse to trance-like repetitions. Yet the album holds together remarkably well; it’s a single coherent statement of where this artist is at this particular moment. It’s also tremendous fun.

The title track, “Fake It,” finds the singer spotting a lover now so unrecognizable that the experience throws him into an existential crisis. “Where does the mind go, who do we follow / When the earth’s still thinking / I can recall a time when we thought / The rest of it all was easy.”

“Get Up” is the closest the album gets to a danceable tune, perhaps by design (that title), but it’s in direct contradiction to the singer’s almost literal paralysis (“Falling further falling back / Laid in bed in the pitch black / Want to move but I’m a wreck”)—and when he does manage to get to his feet, it’s only moments before “I’m falling on my knees again.”

There are only a few places where other sonic elements infiltrate the sheen of synth Davis has built, such as Duncan Reilly’s guitar solos—particularly the scorcher that closes “Sunshine.” There’s also a bit of archival audio of a rocket launch on “”Only a Dream.” And on “Fade Away,” an organ imbues a little church into the proceedings. That particular tune is an admonition to give up (“Let it all just fade away”), and the appeal is so winningly sung, you’re tempted to yield and, as Davis suggests, “Watch it all just start to play / Moving retrograde / How you think that you’ll get where you’re going / If you’re locked up in a cage.”

After such an extensive survey of states of angst, Davis surprises us by ending the album on an up note. “Only a Dream” finds him extolling the virtues of slowing down and living in the moment (“Give it up / Start to make a deal / We’re alone and alive / It’s kind of surreal”). On the bridge, he bursts into an exhilarating chant: “Life is only a dream / Is only a dream / Yeah it’s only a dream / Only a dream / That you can’t seem to wake up from.” The man may have a point; but albums are worth the dreaming.

Safety Town’s “Fake It” is available for download on Earth Libraries’ Bandcamp page.