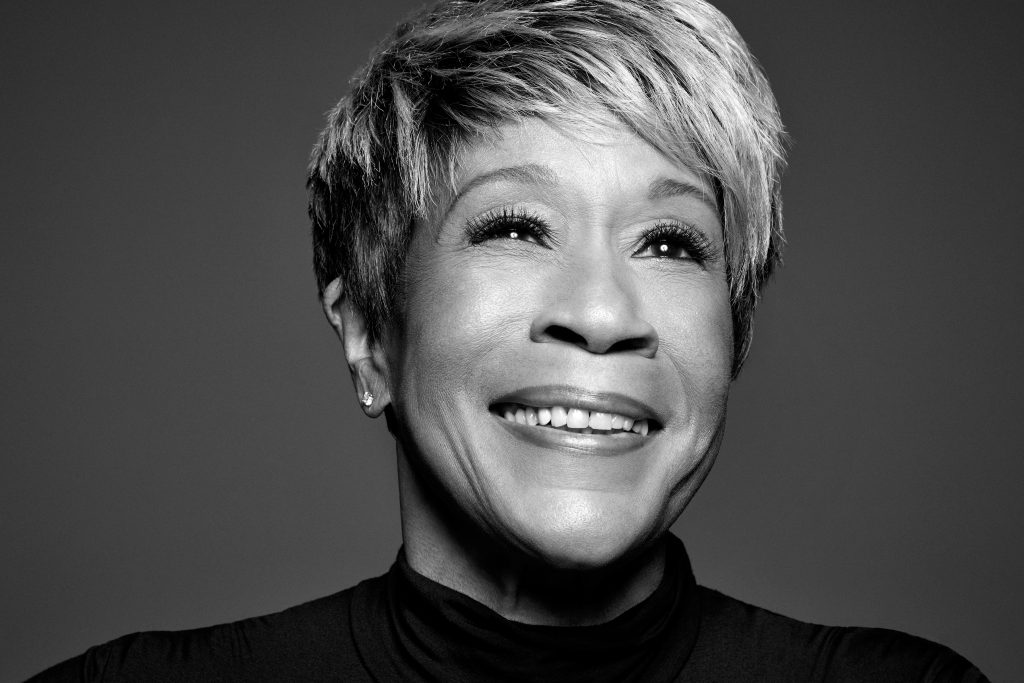 Bettye LaVette is a member of the first great galvanizing generation of soul singers, alongside Aretha Franklin, Etta James, Otis Redding and Tina Turner, to name but a few, and she easily ranks as their equal. She’s also one of the few left standing, which may be why, over the past decade, she’s finally emerged from what seemed to be the iron grip of cult status into full-wattage stardom. It’s been quite a journey, and before she takes the stage at City Winery this month, it’s worth looking back at the road that led her there. Her C.V. is easy enough to find online (she also wrote an autobiography); what I’m talking about is more subjective: a sonic sampler—largely, but not entirely randomly chosen—of her recorded output in each of the seven decades that thus far comprise her career… beginning with the tune that even today is most associated with her.

1965 – “Let Me Down Easy”
LaVette recorded this minor-key R&B ballad about a love gone wrong when she was just nineteen, which isn’t in itself so gobsmacking—until you give it a listen. She packs a beaten world-weariness into her reading of the lyrics (“When you pass by me, baby, baby / Does it hurt so much to smile… I’m beggin’ you baby, please / Let me down easy”), pierced by an occasional agonized cry of the kind that must’ve had the sound engineers scrambling to dial down their levels. If you listened cold, you’d swear the singer was a woman on the far end of at least decades of romantic ill-use. For all its mid-sixties, low-fi, stripped-down acoustics, this is epic, heart-stopping stuff.

1972 – “Heart of Gold”
In the early seventies, it wasn’t unusual for soul artists to reach across the genre aisle for material. Just a year earlier, Aretha had transformed Simon & Garfunkel’s “Bridge Over Troubled Waters” into a gospel roof-raiser. But even by those standards, LaVette’s ecstatic, horns-driven cover of Neil Young’s “Heart of Gold” is a weird bit of alchemy. It shouldn’t work, but it most definitely does. When Young sings, “I’ve been to Hollywood / I’ve been to Redwood / I crossed the ocean for a heart of gold,” you feel his aimlessness and yearning. When LaVette sings the same lines, it’s like she’s name-dropping places she’s swept through at gale force. I particularly like the beginning of the bridge, where she chirps a cappella over the chord changes (“Keep me searching / Keep on searching”), accompanied by girl-group harmonies and punctuated by staccato horn hits.

1982 – “Right In the Middle (Of Falling In Love)”
In the eighties, LaVette flirted with genres outside her usual turf. She brought a raw energy to her disco endeavors, but in the end it wasn’t her wheelhouse. She did, however, easily translate her strengths to country, as this torch-and-twang number amply demonstrates. There’s a tradition of country singers belting, growling, and wailing, and by this time LaVette had spent more than twenty years doing all of that, in her own unmistakable manner. The song, about a woman demanding that her man stand and deliver, might have come off sounding harsh or threatening, but LaVette brings both joy and sensuality to her ultimatum. When she sings, “Just when we get started / You wanna call it off, no, no / Don’t you dare stop now ’cause I’m / Right in the middle of falling in love,” it’s hard to imagine the guy who could actually walk away.

1997 – “Damn Your Eyes”
In this live track, LaVette is freed from the confines of the studio and the need to keep things short for radio play. She feeds off her audience’s energy but also gets deep into a collaborative groove with her band for a lean, intense, utterly ferocious nine-minute tour de force. The text is about a woman raging (alternately quietly and volcanically) at the man who continually undermines her self-control. “I gave myself a good talkin’ to / No more bein’ a fool for you / And when I see you all I remember / Is how you make me wanna surrender / Damn your eyes.” By the time she reaches the harrowing conclusion, you’re aware that there may be a subtext as well. Possibly the singer, forever poised for stardom but never quite reaching it, is addressing a public whose approval and love she can’t help needing, despite being repeatedly burned by it. I may be reading too deeply here; but that’s the power of an artist like LaVette. She opens those interpretive doors, and makes it impossible not to follow her in.

2007 – “I Still Want to Be Your Baby (Take Me Like I Am)”
In the new millennium, LaVette pulled off another reinvention, this time as a stone-cold blues-rocker. With Drive By Truckers as her backing band, she rips into this tune with an exhilarating fierceness. It’s a song only a grown-ass woman could sing; its narrator is telling her man that yeah, she’s got some faults, but so goddamn what. There aren’t many vocal acrobatics here; the melody stays within a pretty tight range. But what LaVette accomplishes within that range is amazing. My favorite moment comes when she sings, “I’ve been looking at guys too long to turn my head / When a good-looking guy goes walking by.” She hits nearly every syllable bang on the beat, but lags on the three words “turn my head” so that you actually hear her appreciative gaze drifting over her shoulder after a passing hunk. It’s just a small moment, but I laughed out loud. Through many similar moments, LaVette builds a fully realized character—or possibly (probably?) just invests the song with her own.

2012 – “Time Will Do the Talking”
LaVette comes full circle with a gently swaying R&B ballad that might’ve been a hit for her a half-century earlier. But in fact it’s the right tune for her at this moment in her career; for the first time, we hear a little patina on her voice, so that when she sings, “Time’ll do the talking / Years’ll do the walkin’… Time’s gonna tell you, baby, what you can’t hear now,” there’s absolute authority behind it. In this song, she’s a woman who’s come to terms with her passions, and who’s scaled back her expectations of the world, but not her capacity for joy. It’s a great song for her, and she sings the hell out of it.

2020 – “Blackbird”
The chief reason LaVette’s cover of Paul McCartney’s iconic Beatles tune is so transformative is that the singer, realizing McCartney’s blackbird is a Black woman, alters the lyrics accordingly. Where McCartney gently exhorted the blackbird to “take these broken wings and learn to fly,” LaVette sings of already having done so. She was a hardcore Civil Rights activist in the sixties (she cooked for a breakfast program run by the Black Panthers), and has been witness to an astonishing, often heartbreaking span of the seemingly endless struggle for racial equality, and she brings all of that to this tune. Her voice is now thick with hard-won wisdom and corrugated by experience, but riveting in its command. When she sings, against a spare and stately arrangement, “All of my life I have waited for this moment to arrive,” it’s a profession of profound personal dignity and self-possession. You may find yourself in tears. Especially since the moment she refers to—like any other—is transient, and as soon as it’s invoked, it may be gone. Which makes a document like this all the more vital. It would be a fitting capstone to LaVette’s career; but she’s only seventy-six. There’s every reason to believe there’s much more to come from her.