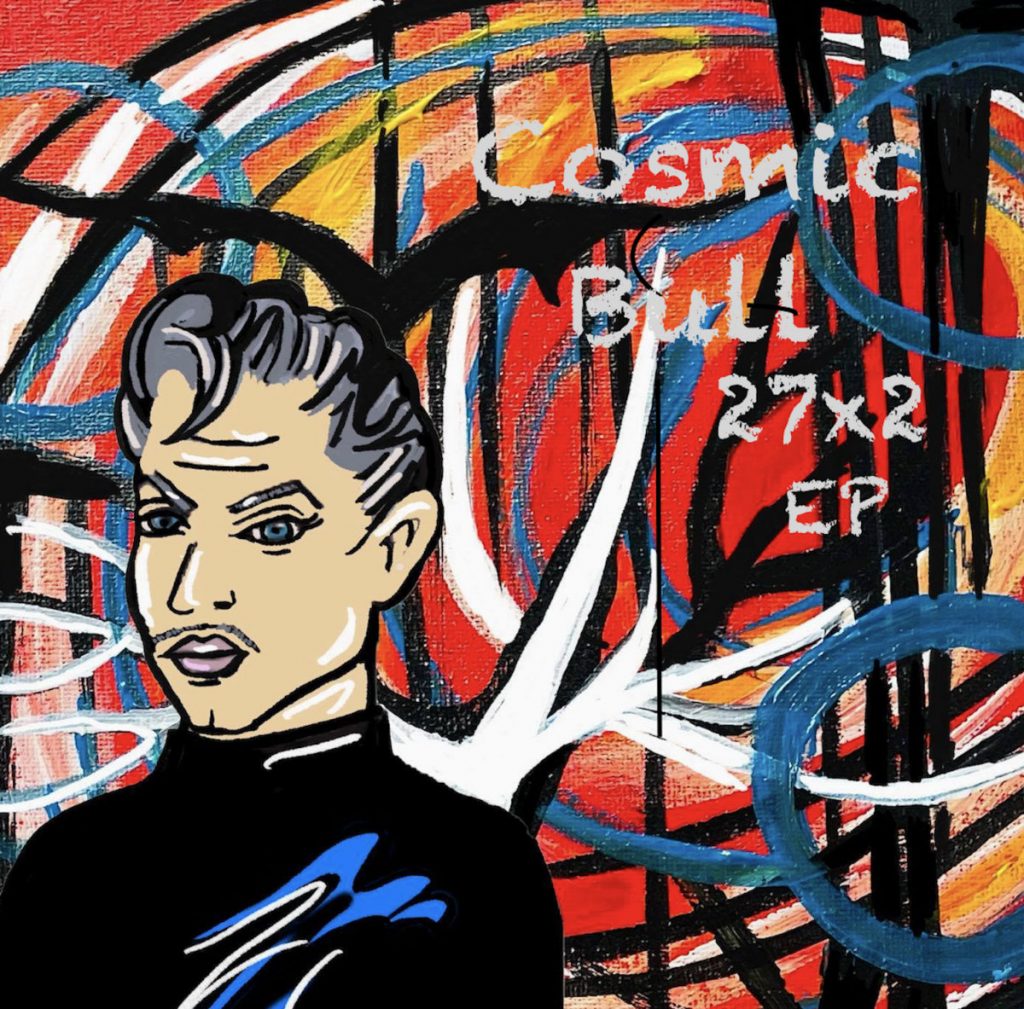 There’s a phenomenon known to most music lovers, a thing that happens after you’ve lived with an album for a while—listening to it over and over, getting to know the tunes and picking up their nuances and subtleties—until one day, you find one or more of those tunes playing independently in your head. I call those moments “adhesions.” And by this time, every track on “27×2” has, for me, adhered.

That’s the musical equivalent of bowling a perfect game, and Vickery, who’s been kicking around the scene forever (his résumé includes stints in the bands Word Bongo and Zo), pulls it off with both charm and swagger. He hasn’t released much music over the past twenty years, but this record is so addictive it’s worth the wait.

The publicity materials tell us that “27×2” is “a song cycle… charting a mission of benevolence which eventually derails, justified in the end only by its good intentions.” The title itself is a coy reference to Vickery’s age, pointing out that he’s now racked up twice as much time on the planet as certain iconic, gone-too-soon rock stars.

The opener, “Follow Me (On Down)” begins genially, with a plucky ukulele (and an encouraging, if spare, background crowd), then layers and amplifies its palette over the course of the track. The lyrics are at first valedictory (“Oh, to give half my life / For twice what I know / Oh to be damned by those / Already damned”), but on the bridge rise to a surge of hope (“Follow me—on down / Past the vanity of tears… Follow me—on down / To the whispers of our fears / To discoveries yet untold”).

Vickery’s songwriting is a constant delight, laced with imagery and wit and apt turns of phrase. (“All we need to find’s / The will to find a will / We’ll take the plunge upon April / Come what May”) But his voice makes the strongest impression. He’s so fully a baritone that even his high notes reverberate in your tailbone, and when he hits his low notes, he’s in basso profondo territory. Despite the depth and richness of his voice, there’s an edge to his tone—a little dash of acid in the cream. It’s a great voice, used intelligently by its owner to create a fully realized (and fairly irresistible) vocal persona.

The voice takes on R&B phrasings for the next cut, “Your Halcyon Days,” which is another exhortation to grab the reins and live your life, delivered to someone who’s emotionally stalled out; I see him singing it to someone permanently bonded to their smartphone.

You’re rapt with attention but
All wrapped up in your feelings
You coulda said some more
You coulda done anything
Now there’s two ways to go in your halcyon days
These elevators all move both ways
Here they come now
What kind of song will you sing?

“The Sweet Art of Holding On” is a similarly urgent (and melodically driving) appeal made to the singer himself: “I’m grabbing hold of the psyche / By fingernails if need be / It’s my belief / Not all is decided / And I’m content to roll / What is provided.”

The album’s first single, which opens with a jangly, almost calypso beat, is “Joe Namath Moment,” which uses the football legend’s epic and very public career self-sabotage as an examination of not moving on, of not embracing the new. The singer is ferociously mired in his own past glory and present indignity.

The album concludes with a breakup song, “Not Your Man” (“Come sit down my sweet one / I’ve got news that you might not want / This pitching, rocking motion / It never was part of the plan”) and a sweetly pleading father-to-child love song (“Don’t you realize the way you make me? / So sad you one day may forsake me / You may never know how much I love you / But all I need now is to get through”).

Vickery’s songwriting is tight, inventive, brimming with ideas both musical and textual, and continually surprising even on repeated listenings. In addition to singing, he plays guitar, bass and keys, with assist from Scott Tallarida, who also produced and engineered the album.

As I noted, it’s a rich, glossy-sounding record; both Vickery and Tallarida know their way around a sound board. It’ll be interesting to see how the tunes sound when Vickery performs them in a solo acoustic set at Montrose Saloon next week (March 30, 7pm, 2933 West Montrose). You’ve got just enough time to get familiar with “27×2” so you can make the comparison yourself. Happy adhesions.

“27×2” is available through the usual channels, including Cosmic Bull’s Bandcamp page.