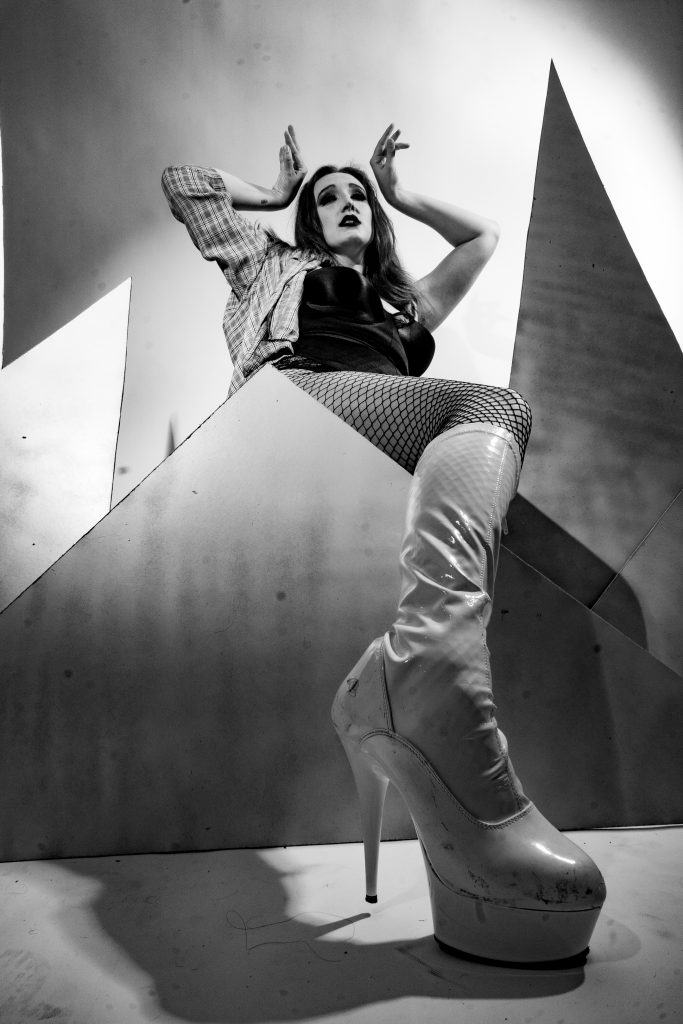 For Molly Madden, Uma Bloo has been an evolutionary project. Madden originally developed Uma Bloo as a burlesque character (the name derives from her love for Uma Thurman and the potential name for an adopted cat) before focusing her efforts toward a music career. She’s released four singles, each uniquely showcasing the prowess and emotionality of her voice and lyrics; and her debut album, “Don’t Drive into the Smoke,” dropped on March 23.

“I was telling my parents earlier,” Madden said when I spoke with her about her journey, “I need to find a new thing to be stressed out about, since this album has been the main project in my adult life that I’ve been thinking about. It’ll be kind of crazy when it’s not mine anymore.”

The more we talked, the more I realized Madden sees her album not just as a completed project, but as a distinct departure from emotions that have been living with her for a long time. I asked where she came from, and where she’s going next.

So, you’re also from Ohio?
I am from Ohio. I grew up in Cleveland Heights until about fifth grade, and then my dad revealed he was a farmer at heart. He moved us out to Geauga County, where they now have a fully functional farm.

What was it like moving from rural Ohio to Chicago?
It was such release. It was like, I don’t know, when I came here I just realized that anything I wanted to do, I could do, and no one was going to tell me where I needed to be at any moment. By the time I came here, it was really a slingshot into everything I wanted to explore. It was almost overwhelming.

How long have you been performing here?
Chicago has held almost my entire performance history, but I’ve done different things. Like I came here for acting. I went to acting school, but I wasn’t being booked for anything except mothers because I was taller than all the other girls. That got boring, so I made this burlesque character, and I was just never going to tell anyone I wrote music; but I think doing something as revealing as burlesque helped me get past that. So, I guess since 2016 I started playing as a solo performer, and then the band came after that.

On your Instagram page you say you’ve been working on this album since 2013.
Dude, it’s been forever. I think some of these songs started when I was still a closet musician at age nineteen or twenty. I’m twenty-seven now, so it’s been at least seven years since the first song’s been written. As far as the actual recording process goes, I got the band together in 2017, so that’s when I first had my band begin recording their parts. We recorded in the summer of 2019 and were getting ready to begin the album-release process in February of 2020, but then, of course, the pandemic hit. It ended up working out, though, because we were going to release it independently, but just at the start of 2021 we were approached by my label Earth Libraries.

Back when you were first creating music, were there certain people you felt comfortable showing your music to who eventually gave you more confidence to share with a wider audience?
I don’t know, I just got a chip on my shoulder watching other people do it, and I was like “I can do that.” I just had somewhere in me this deep knowing that I really wanted to do it, and it felt like the most truthful way to express myself.

I really think it was burlesque that got me there, because you just can’t be scared when you’re doing something like that, and I had major stage fright and my voice would shake and stuff, and it still does happen. It’s something I carry and have to confront. I think I just got a little more confident through various ways and got a little more mad at myself for not doing the things I wanted to do.

I feel like a lot of people can relate to the idea of coming out of childhood and being mad at the choices we didn’t get to make because we were children. I was really frustrated with that. Then I came to the city and saw that people could literally open up their apartments to do apartment shows. I could literally not even have a demo to show someone and be like, “Can I play at your apartment?” There were people down to do different types of shows and wanted to facilitate music and performances like that.

So how does your experience with burlesque play into your mindset when it comes to performing music?
I think burlesque bleeds into everything I do in some sort of abstract way. Like when I was doing burlesque, the intent was never to be sexy, which I think is a big misconception because it comes off that way. What really drew me to it, and what I still enjoy when I watch other people perform, is that when you perform [burlesque] the stage is completely yours. You go onstage and, even if you’re not thinking it, it’s like, “I have your attention, your attention is mine. This room belongs to me because I’m showing you something so vulnerable that you will respect it.”

It sounds kind of intense, but you’re about to do something kind of insane! Especially at the time when I first started, there was a ton of shame, and even with the difference of only four years, it was really different back then. You had to make everyone feel okay with what was happening.

But the other thing that really comes out in my music is just the tease and the release. You’re taking something that is so mundane. In burlesque it’s getting undressed—not always in burlesque is that necessarily guaranteed, but that’s what I was doing. In a song, it’s something as mundane as just saying how you feel about something. We do that all the time with friends, so how are you going to take something mundane and make it kind of a story? I did a lot of glove reveals when I did burlesque, so I’d have to ask, “How do I make my hand seem really exciting to people who can just go online and see anything they want at any time?” I think really just finding that tension and release is really fun.

Moving forward, I’m sure your mindset is completely different for the next project.
Yeah, I think I want to break away from guitar a little bit. I just started learning piano in the last year and it’s been kind of fun, because the songs I’m writing are a lot more simple and a lot more poppy, which gives me more leeway with my lyrics to say whatever I want. For this next album I’m looking to Glenn Close. Glenn Close as Cruella de Vil is such a blast, I wanted to kind of get unhinged like that and just have fun, do more storytelling. This last album had some exaggerated elements, but was extremely personal, so I want to do more cinematic soundscapes in this next one and be like a character actress for each song.

It’s interesting how intensely you simultaneously think about a song in the way it sounds but also the way it looks.
Well, when I write I know a song feels successful to me when images come to mind, which is fun because I don’t usually start in a visual place. I always feel like my favorite part of music is seeing where it can take you, and I just want to kind of create these worlds for people, and just myself. It’s nice to get there and just feel your emotions, even the hard ones.