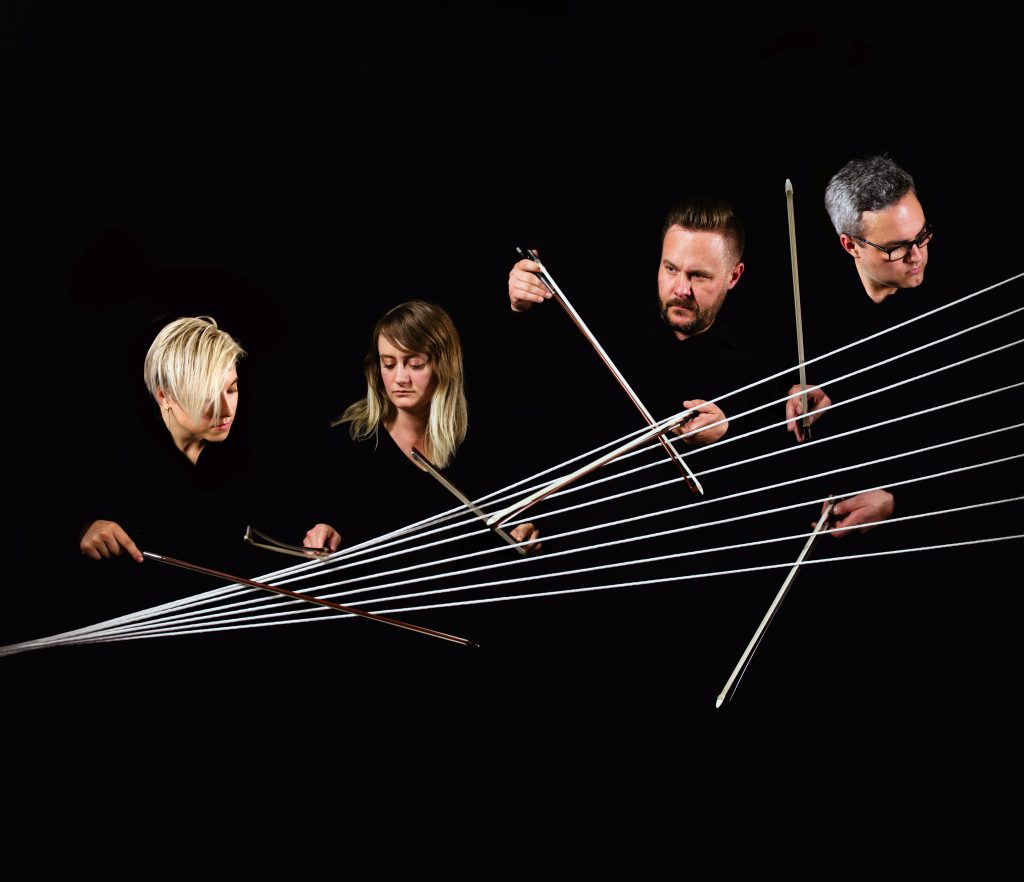 “Cycles often provide a source of reassurance and contentment, but what of those revolutions during which our position on the circle is unknowable—when our proximity to the end of an orbit could span anywhere from milliseconds to decades?”

This is the question the celebrated Spektral Quartet asks in the description for their second-to-last concert in Chicago on May 12. The group announced earlier this year that this will be their final season, bringing a truly remarkable tenure to a conclusion. (Their last Chicago concert will be June 12.)

This concert, “The Light that Blurred the Stars,” sees Spektral welcoming back their earliest collaborators, Eliza Brown and Vermont-based Scrag Mountain Music, for a program of three works that explore the cyclic experience and “the stories we tell in an attempt to find our bearing.” It is sure to be a poignant event.

With first Spektral Quartet and then the Fifth House Ensemble announcing the end of their runs this year, there’s a very real sea change in Chicago’s contemporary classical music scene.

While losing both Spektral Quartet and Fifth House Ensemble is a blow for lovers of adventurous classical music programming like myself, it is softened by the knowledge that there are at least a dozen new ensembles, soloists and collectives on the scene, many of whom are dedicated to serving historically underrepresented composers, building the audience for new music and making the concert experience, well, an experience.

Add to that the fact that many of the once-upstart ensembles who find themselves elder statesmen have restarted concert seasons as well, and May seems as exciting a month as it is a poignant one for new music in Chicago.

One of the newer groups doing interesting work is the 5th Wave Collective, which is dedicated to performing music by womxn and gender-nonconforming composers throughout history, but with a focus on music of our time. On May 13 they partner with the 6Degrees Composer Collective to perform music of their members including Kyong Mee Choi, Patricia Morehead, Janice Misurell-Mitchell, Esther “Hana” Hanviriyapunt and 6Degrees founder Regina Harris Baiocchi.

The name 6Degrees comes from the familiar concept that everyone on the globe is connected to everyone else by no more than six degrees of separation, which is comforting and terrifying in equal measures. The group exists to promote music by women composers, and the concert on May 13 is a fascinating mix of musical styles and techniques from the past several decades.

For example, Baiocchi’s string quartet “Kaleidoscope” uses twelve-tone rows and bowing techniques to create the effects its title suggests, while her other piece on the program, “Deliverance,” for solo piano, is steeped in the praise and worship songs prevalent in Black churches and uses syncopated rhythms and “worried notes” in a triplet Gospel feel.

Misurell-Mitchell’s work “Ellipse,” for baritone saxophone, violin, viola and cello, is dedicated to the memory of her friend and mentor William Karlins, who taught composition at Northwestern for many years and influenced more than one generation of creative musicians in Chicago.

The concert also contains another dedication in Patricia Morehead’s “For Mark,” written in homage to Mark-Anthony Turnage, who was the Chicago Symphony Orchestra’s Mead Composer-in-Residence from 2006-2008. Turnage took the job seriously and did a lot of community outreach, including teaching at the Merit School of Music during his tenure. This concert is on May 13 at Ganz Hall in Roosevelt University; more information can be found at 6Degrees Composer Collective’s website.

Another group dedicated to performing the music of historically underserved composers is Crossing Borders Music, which for at least the last ten years has championed fascinating music by composers from the third world. They will present a virtual event on May 22 featuring music by composers with disabilities, in collaboration with MOMENTA Dance, which works to amplify the artistry of students and professionals alike and is inclusive of the work of artists with disabilities. The performance includes commissioned works and new music selected from an international call for scores from composers with disabilities.

The CSO’s MusicNOW program has had its ups and downs, but as  curated by Jessie Montgomery, the orchestra’s current composer-in-residence, the series is consistently interesting, often moving, and always expertly programmed. The last concert of this season on May 23 opens with Montgomery’s virtuosic bundle of energy, “Overture,” and, then to Joan Tower’s flute and string quartet, “Rising,” which is structured as a slow build-up of energy that releases in a frenetic final burst. The CSO’s Gabriela Cabezas is featured on cello in Alyssa Weinberg’s “Caligo,” a concerto for cello and chamber orchestra, and the concert concludes with James Moore’s stunner of an electric guitar solo “Sleep is Shattered.”

As good as MusicNOW is, though, it rarely features the entire orchestra. To hear contemporary classical music played by an orchestra in this town you pretty much have to turn to the stalwart Chicago Composers Orchestra, a welcome presence for the last fifteen years. CCO presents its final concert of the season on May 18 at the Hairpin Arts Center in Avondale.

The concert is given in collaboration with Experimental Sound Studios, whose excellent livestreamed concerts were a source of great joy during the pandemic. Music by Lou Mallozzi, Sarah Hennies, Eduardo Rosario and Olivia Block will explore the orchestra from a nontraditional, timbral perspective.

As SNL producer Lorne Michaels says, “Sometimes the wheel turns slowly, but it turns.” For contemporary classical music lovers in Chicago the wheel is turning quickly, and the month of May brings many changes.