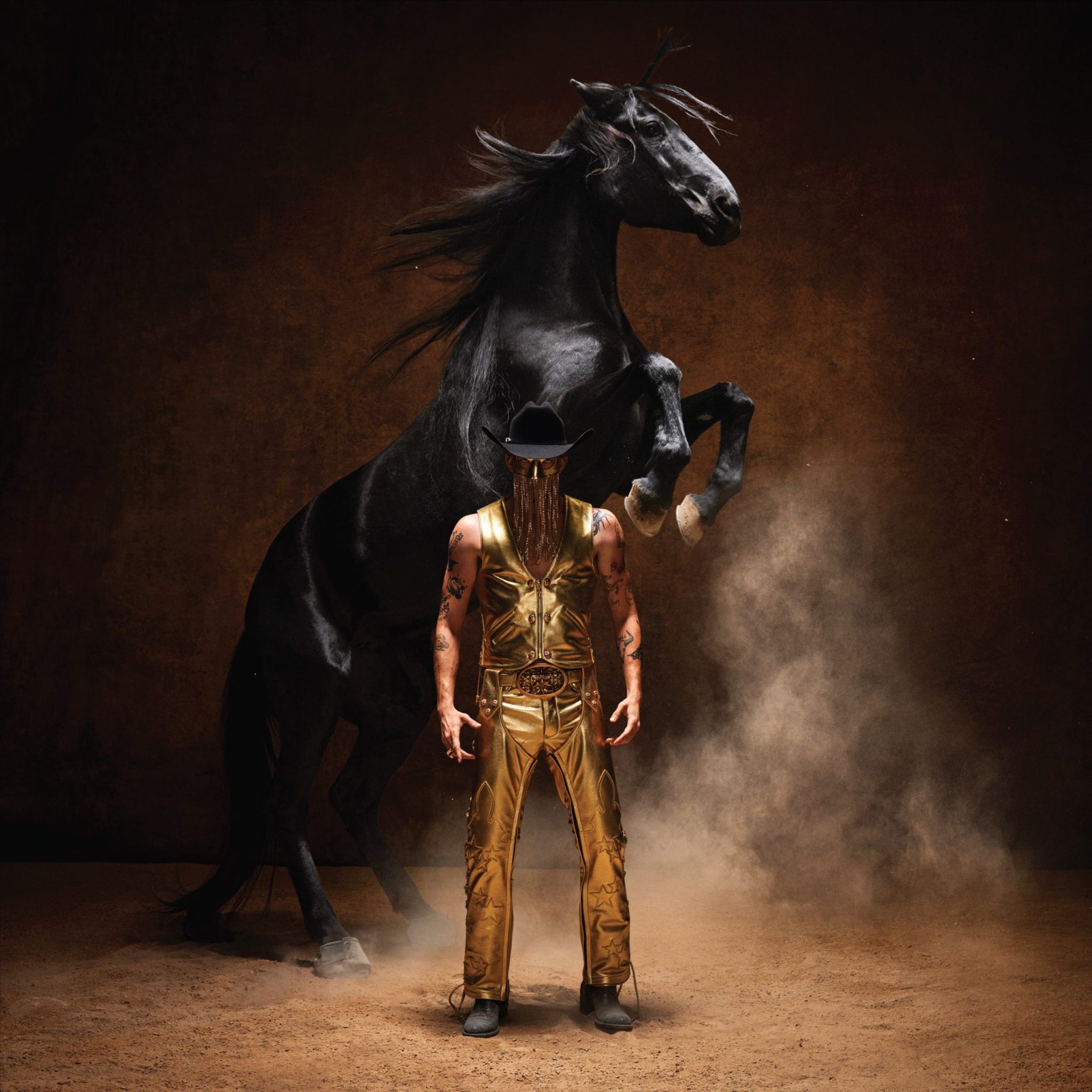 If Wikipedia is to be trusted, Orville Peck and I were born on the same day. That would be a Wednesday. True, our respective Wednesdays are on different days of the month, in different months, in different years. But a Wednesday is a Wednesday. This is relevant because on “Outta Time,” a track from his new album “Bronco: Chapters 1 & 2,” Peck sings, in reference to himself, “A Wednesday child with a rented ride / And a head that’s full of woe.” The latter part of that lyric is taken from the old English nursery rhyme (“Monday’s child is fair of face”), and Brother Orville, I can relate. Like many of us, Peck clearly spent much of the pandemic knocking about in his own head, searching its cabinets and cupboards for something he was never sure he had in the first place: peace of mind.

Peck’s music continues to build a following across musical genres, if the word genre has any meaning these days. In April, he performed at Coachella and turned to the Empire Polo Club six days later to appear at the Stagecoach Festival. He recently performed in Nashville at the Ryman Auditorium, the home of the Grand Ole Opry. If pressed, I’d label his music “neo(n) country-western,” with the stress on the western. It’s cowboy music sung by a man who understands the cosmic connection between the Lone Ranger, Patsy Cline and drag queens. You may be aware that Peck wears a mask with long fringe covering the lower half of his face. Always. When I tell my wife this, she says, “Big deal. Lots of people wear a mask these days.” I say, “Not that kind of mask.” I begrudge no man his mysteries.

My daughter, who introduced me to Peck’s music, calls the mask and the Nudie suits “panache.” The word fits. For me, what Peck taps into and amplifies as a performer is the campiness that has long powdered the nose and dyed the hair of country-western music. Country music has always been about performance and posturing as much as the music, a point brilliantly satirized by Robert Altman in his 1975 movie “Nashville.” Watch clips of Grand Ole Opry performances from the 1950s, or hell, even a few episodes of “Hee Haw,” and you’ll see what I mean. Perhaps more than any of the old timers, Peck reminds me of Canadian-born Hank Snow, the Singing Ranger. Snow, who wore some of the best Nudie suits this side of Porter Wagoner (and one of the worst toupees ever), performed at the Opry for over forty-five years. Peck’s song “Any Turn,” a breathless catalogue of life on the road, winks at one of Snow’s best-known tunes, “I’ve Been Everywhere.” The difference between Peck and Snow is that Snow took himself seriously; Peck does not, at least not as a performer. For a real treat, check out the video of Peck and Trixie Mattel performing “Jackson,” a song Johnny Cash and June Carter made famous.

What’s fascinating about Peck is that the playful, performative aspects of his persona are virtually absent in his songwriting. Listen closely, and the songs on “Bronco” reveal what the fringed mask resists. The title track feels like a galloping escape of emotional energy long corralled by pandemic isolation. In “The Curse of the Blackened Eye” (a zombie-ish Norman Reedus haunts the video), Peck is dogged by something he is trying to outrun. I reckon “blackened eye” is as good a name as any for one’s depression. (Winston Churchill referred to his depression, from childhood, as the “black dog.”) The song ends with a curious callout to the “Northeast sun.” A source of hope? A source of obliteration? Likely those are the same thing.

So many of these songs namecheck places. “Daytona Sands” begins in Florida and ends in M-i-s-s-i-s-s-i-p-p-i. “Outta Time” takes us from Denver to Reno to Malibu via the Pacific Coast Highway. We see Peck left “alone by the Thames” in “Blush”; we hear him channeling Southern California’s desert in “Hexie Mountains.” And then there are the backward glances toward his South African childhood, as in the saddle ballad “City of Gold,” a reference to Johannesburg, and “Kalahari Down.” Peck is either coming or going between here and there, past and present. Mostly he seems to be going. Peck stands front and center when he sings, “Still there’s something ’bout men that I don’t understand / They’re always leaving wherever they’ve been.”

Many of the tracks on “Bronco” remind me of other singers: Elvis, of course, but also the Righteous Brothers, even Neil Diamond. I gather that Peck spent much of his childhood singing along to his parents’ record collection. He has the kind of rich, peaty voice that can nourish the roots of a well-written song. I love “Outta Time” for its vocals and for this lyric in particular: “Headed for the back, I meet a girl who’s tryin’ to shoot the breeze / She tells me she don’t like Elvis / I say, I want a little less conversation, please.” The man can sing (Exhibit A: “Let Me Drown”). Occasionally, he seems on the verge of a strong yodel, which I don’t doubt he could pull off. The closing track “All I Can Say” is a lovely, soaring duet with a tempo that sways like the skirt of a barn-dance wallflower.

What is clear in all these songs is that Peck wants to be left alone, until he doesn’t. Like any good cowboy he understands that there is a world of difference between being a loner and being alone. That’s the thing about that head full of woe: it’s both a fertile, singular source of creative drive and vision and a stagnant, isolated pool of paralyzing despair. Life, and what’s livelier than a bucking bronco, breaks in the balance.

Orville Peck performs at the Riviera Theater (4746 North Racine) on June 1, which just happens to be a Wednesday.