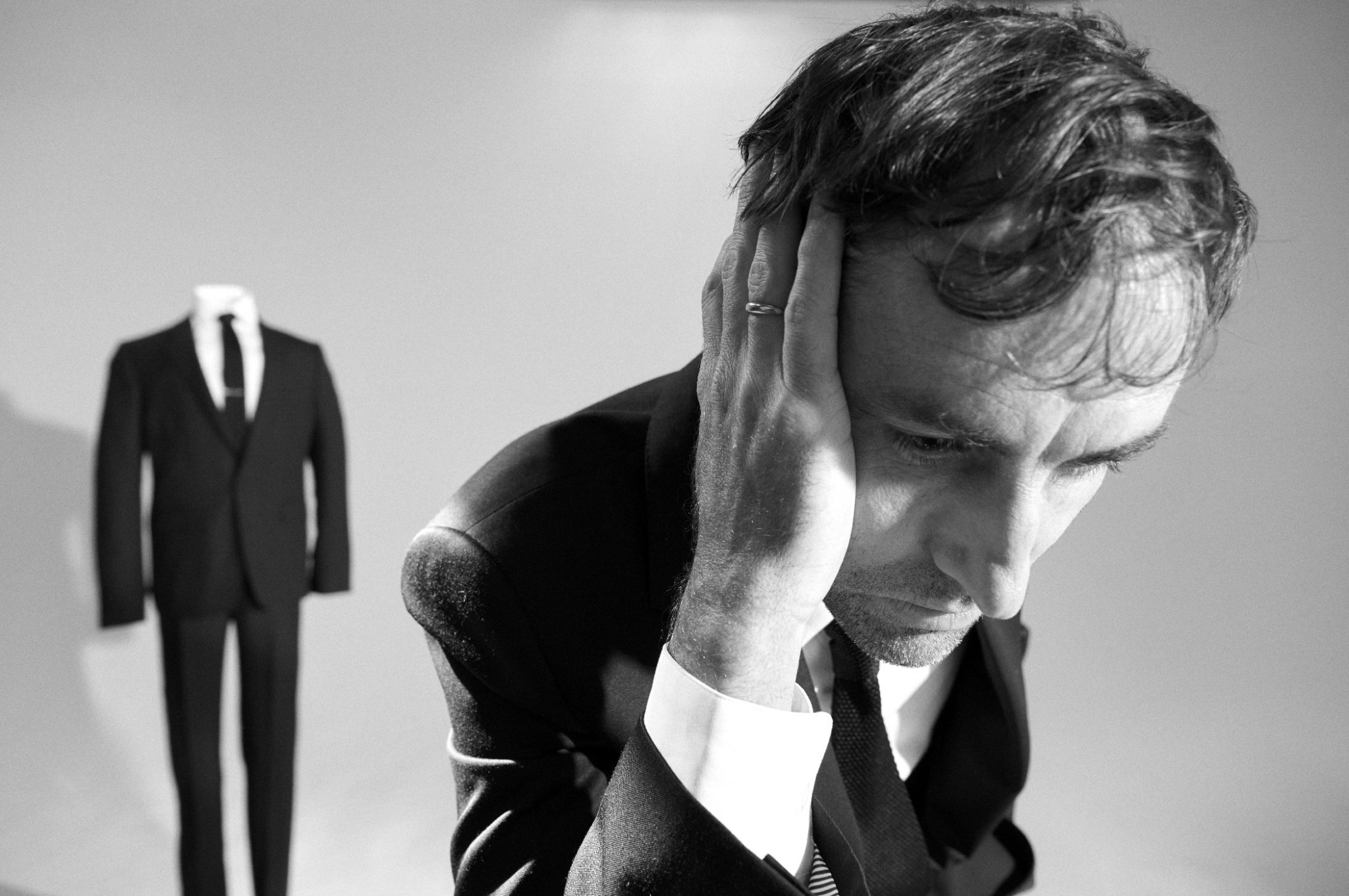 It will be interesting to see which Andrew Bird takes the stage at The Salt Shed on August 12. Bird, who was born in Lake Forest, is returning for a hometown gig for the first time since his album “Inside Problems” dropped in June. His previous release, 2019’s “My Finest Work Yet,” featured—in addition to that gauntlet-throwing title—a full range of politically engaged tunes. Even the album cover was in-your-face: it showed Bird as the French revolutionary Jean-Paul Marat, famously assassinated in his bath. By comparison, the Bird we meet on the cover of “Inside Problems” (and in its first few videos) is nearly unrecognizable: he’s lurching through a black-and-white landscape, wearing a suit and tie—reflecting the new album’s landscape, which isn’t global but cranial. Bird is, literally as well as metaphorically, all buttoned up.

If in 2019, Bird embodied the rebellious energy a lot of us were feeling three years into the Trump era, he’s now reflective of a society tentatively emerging from a two-year lockdown—during which we’ve had more “me time” than any of us ever counted on.

I’m not certain Bird is, by that reasoning, a wizard at nailing the Zeitgeist; it may be that he’s just more in tune with his own responses to cultural stimuli. Certainly his responses appear to be more actualized than most; he seems to have spent the pandemic taking a deep dive into Joan Didion (he even name-checks her in the tune “Lone Didion”), while you and I spent it taking a deep dive into Grubhub.

That said, the suit-and-tie aren’t entirely convincing. Bird never looks at home in them; in some of the videos, the suit seems to want to go in one direction while he’s clearly heading in the other. And the video for “Atomized” does, in fact, deal with separation, fracturing and dismemberment. (In one of the shots, Bird’s body stands to one side of table, atop which rests his head, looking unconcerned.) The streamlined, minimalist imagery accompanying this album manages to be both aesthetically appealing and strangely unsettling.

But for all that, this is an Andrew Bird album, which means that themes of isolation, illusion, anxiety and self-doubt are expressed in gorgeously melodic, rhythmically irresistible tunes. In fact, they’re so flat-out infectious that you might suspect Bird of making a bid for pop-star status—and in a typically Bird fashion, too (putting on a black suit, draining himself of color, and singing about brokenness and ghosts).

But I’m overselling both the starkness and the complexity of the material here; in fact, Bird’s trip through his knotty, twisting psyche is often very witty, even laugh-out loud funny, and can unexpectedly deposit you in a place of genuine joy.

The opening tune, “Underlands,” sets the tone. It begins ravishingly, with a guitar riff that’s like twinkling stars, after which a dazzled, swooning Bird sings “Oh, I can’t get over this moon / And all the creatures under the sun.” Soon enough, however, he self-consciously pulls himself down to earth—in fact, even lower, to the depths beneath it—reminding himself that “Stars don’t owe you anything / Don’t give a damn about your nations / Feel the slightest obligation.” But that eerily beautiful opening riff returns, first in the form of Bird’s trademark off-mic whistling, then in a later passage where he finds, submerged in the title realm, the kind of beauty that reawakens the awe he had for the stars: “I’ve never been here before / Deep inside earth’s molten core / No need for clothes or for eyes to see.”

These “underlands” are pretty clearly a metaphor for Bird’s interior landscape, and it’s sweetly thrilling to see him learn to accommodate and even love its shifting mysteriousness for its own sake. It also inspires some of his loveliest, wittiest rhymes (“There’s a threshold / Between the here and hereafter / It’s across a river / You know you’ve got to take a raft there”).

The unexpected tumble into ecstasy while thrashing through agonies and heartaches is one of the album’s recurring themes, and it’s most exultantly realized in the title tune, which is a shimmering folk lullaby in reverse; it isn’t about going to sleep, it’s about waking up.

Molten, porous, sheathing
Breathing through the skin
Sloughing, breaching, preening
Exoskeleton
Don’t talk to me now I’m moulting
Don’t tell me that it’s revolting
Every inch of us
A walking miracle
I just got born

Didion may be the presiding influence here, but she’s not the only one. In “The Night Before Your Birthday,” Lou Reed sneaks into both Bird’s songwriting and his line readings (“I could count the ways i love you / But I was never once for maths / While the heavens up above you / Keep getting filled with sociopaths”). There’s an even more dead-on channeling of Reed in “Never Fall Apart.”

But for the most part, Bird is recognizably himself: laconic, witty (on “Eight,” his whistling is like something from a Sergio Leone movie), stupidly gifted (his violin solo in “Faithless Ghost” is jaw-dropping), and periodically, seductively, moved to heights of eloquence by the sheer majesty of the everyday:

Given the tumult of the past several months, I’m guessing that Bird’s set at the The Salt Shed will include some of the politically engaged songs from “My Finest Work Yet.” But the cultural moment seems also to be one of confusion and disorientation, and the tunes on “Inside Problems” speak directly to that. In fact, they lean into it, and then through it—and show us a possible way forward.

By the way: Bird’s gig is one of the inaugural shows at The Salt Shed, the new music venue opened by 16 on Center (Thalia Hall, Promontory, Empty Bottle) at the historic Morton Salt Complex at 1357 North Elston. The Shed’s summer series will be outdoors, but there are plans for indoor events in 2023. It’s heartening to see a music venue opening so (relatively) soon after virtually every club and music stage was shuttered by the pandemic; and given the caliber of the acts coming hard on Bird’s heels (which include Lake Street Dive, Lord Huron, Courtney Barnett and Alvvays), it’ll be a genuine pleasure to support this one.