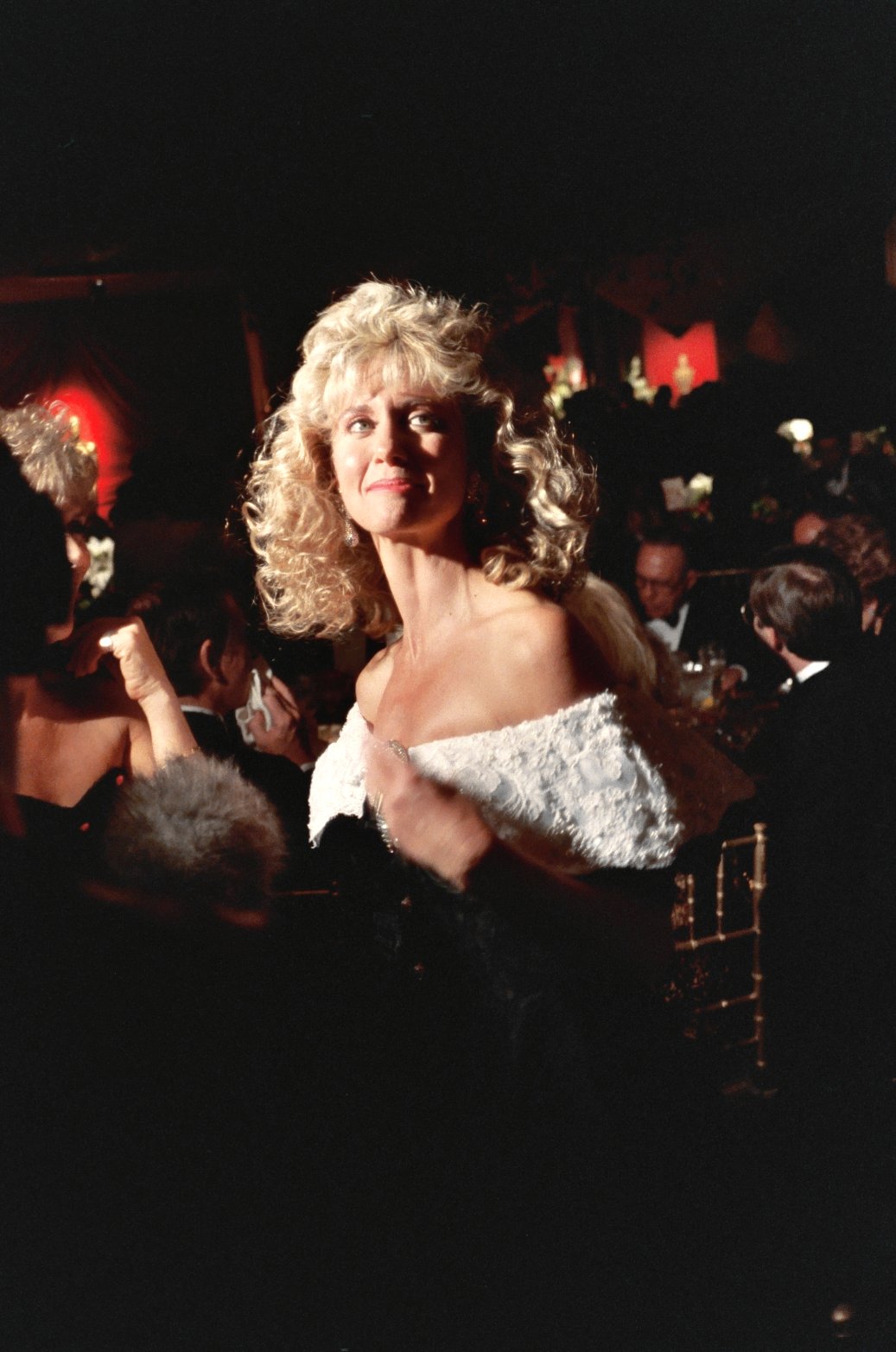 I was thinking about Olivia Newton-John the day she died.

My very first Market Days, I met up with my best friends from high school, a lesbian couple who were there to see Melissa Ferrick. I was a newly out, overweight virgin, and the three of us were the only ones at the entire fest wearing shirts. Surrounded by perfectly toned torsos and arms, standing under a billboard reminding people to wear condoms, I felt like Australian expat Sandy must have on her first day at Rydell High.

When I returned to Market Days to see Olivia, nearly a decade later, I’d just ended my first big relationship and was once again trying to find my place in Chicago’s gay scene. I was there with my friend Brian, one of the first guys I went out with after my breakup. We became friends in part because of our mutual love for musicals and divas.

I couldn’t believe Olivia Newton-John was playing this outdoor steam room. I thought she was too big for a street fest. But I was thrilled they booked an artist I actually knew and liked. “Grease” had been one of my favorite movies since I saw it on TV as a preteen. John Travolta as Danny seemed to me the most handsome guy in the world at the time. And I always loved and identified with Sandy.

Sandy was a nice girl, a good girl. Innocent and obedient. Like me at that first Market Days, she didn’t need a reminder to use condoms, because she wasn’t having sex. It hurt me the way Rizzo mocked Sandy at the slumber party when she puked while having her ear pierced. So what if she didn’t want to mutilate herself? What was wrong with having intact earlobes, wearing cardigans and going to the drive-in with an expectation that you would actually watch the movie?

So I was initially let down when Sandy changes her image at the end of the film. Young, delicate, demure Anthony preferred Sandy’s innocent look and felt she was compromising her principles by swapping her pinks and yellows for the all-black leotard and teased-up hair. And taking up smoking!

But by the time I saw Olivia perform, I had smoked a bit. I had changed my hair—many times. And I had lost weight and started working out with a trainer. I wanted to look good for a musician I’d fallen for who joined the Army reserves and was away at basic training. And I wasn’t exactly saving myself for him in the meantime. I still kept my shirt on at the fest, but I wasn’t quite the goody-goody I grew up believing I was.

Olivia’s set was on one of the larger stages at the fest, held in an empty lot. She came out in all-black, looking more like Sandy at the end of the movie than at the beginning. She sang to a track, and I sang along. “Hopelessly Devoted to You.” “Xanadu.” “Suddenly. Magic.” Maybe she deserved a better venue, but her presence, singing these anthems of queer tears and dance floors in her crystal-clear voice and sweet Australian twang, was a precious gift.

When she got to “You’re the One That I Want,” which she sang with a passable Travolta stand-in, the lyrics hit me anew. I realized Sandy wasn’t going against her principles. She was going after her man. And she wasn’t just giving into his fantasy of her. She was demanding that he change, too. Her first words are a command: “You better shape up.” She’s saying, “You want this? You like what you see? Well, it could be yours, but you’ve got to earn it.”

“I need a man, and my heart is set on you,” she tells Danny. “To my heart I must be true.” She won’t deny herself what she wants any longer—she wants Danny and she’s going to get him, on her own terms. This isn’t Jimmy Stewart making over Kim Novak in “Vertigo.” Sandy’s in charge.

After the concert, I told Brian I was going to take the train home, rather than the twenty-dollar cab ride I usually splurged on after a night out on Halsted Street.

“You’re not going to take the train,” he said. He knew me well.

“Yes I am,” I replied defiantly. “Maybe I’ll meet someone.”

“You’re not going to meet anyone,” he said.

“Maybe I will,” I said. But I wasn’t very optimistic. If history was any indication, I’d be going home alone.

Standing on the train, surrounded by other concertgoers, I kept making eye contact with a handsome guy. Would I succumb to my shy and awkward side, or summon my Sexy Sandy? The more we looked at each other, the more I felt like I’d missed my chance to say anything. Then I realized I’d seen him before, and I knew I had an in.

“Yes, that’s where I know you from,” he said. His name was Carlos and he’d recently moved to Chicago. We exchanged numbers and started hanging out. He didn’t turn out to be my Danny Zuko, but ten years later, he remains one of my closest friends.

I didn’t go to Market Days this year, or very many years since then. So often it brings me back to feeling like that invisible virgin who’s uncomfortable in his body. I still have my demure side. But now, thanks in part to Olivia Newton-John, I know how to break out of it when I want to.

I’ll go back to Market Days if there’s an artist I want to see. Or a man I want to get. On my own terms, of course.