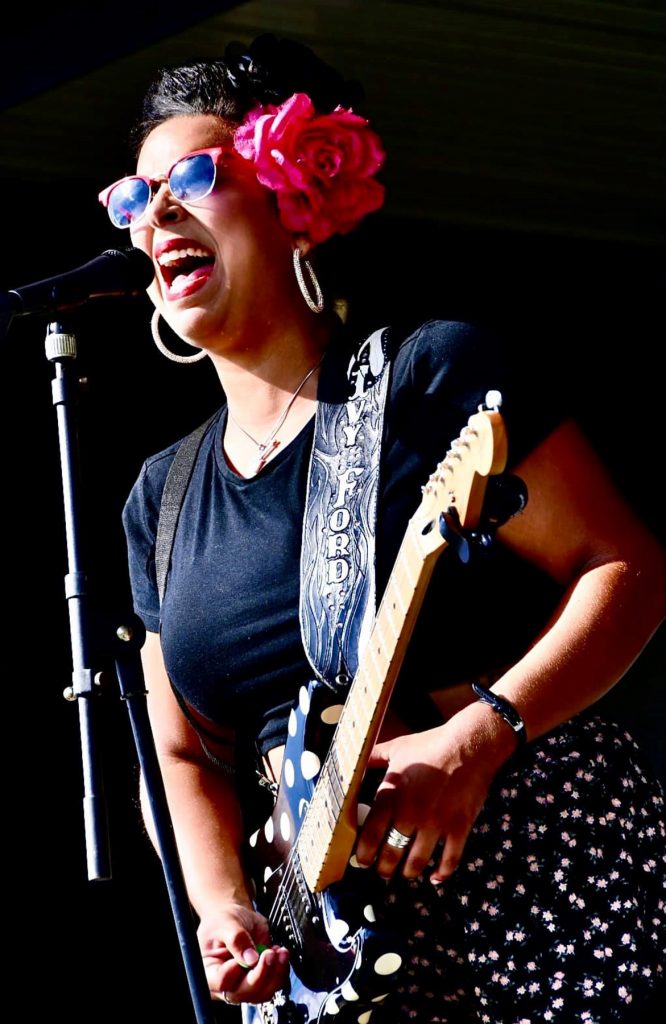 They call her “The Blues Kitten” but she roars like a lion and plays guitar like an octopus. Yet Ivy Ford is more than just a musician. A prolific songwriter and performing artist, she incorporates not only the music of her greatest influences, Robert Johnson, Billie Holiday and Amy Winehouse, but at times physically transforms herself into their personas through dress and accessories. On the cover of her most recent album “27,” Ford even jumped genders to portray herself as Johnson.

These unique influences and personality traits may stem in part from Ford’s diverse background.

“I am of mixed African American and Norwegian descent,” Ford says between sets at Rosa’s Lounge. “My father came here as part of the Great Migration and settled in Gary, Indiana where he worked as a bass player and singer. My mother was from Norway and even though I grew up in Waukegan, we did stay in Norway for periods of time.”

Ford began playing piano at nine, making the transition to saxophone in high school, and did not take up guitar and singing until her twenties. Although she seldom saw her father after early childhood, she credits him for her musical genes. But it was her mother who raised Ford in an intellectual and artistic environment.

“I fell in love with Billie Holiday at the age of eight,” Ford says. “The music, the gardenias, Holiday just made a huge impression on my subconscious, but she was just part of the culture I was exposed to.” 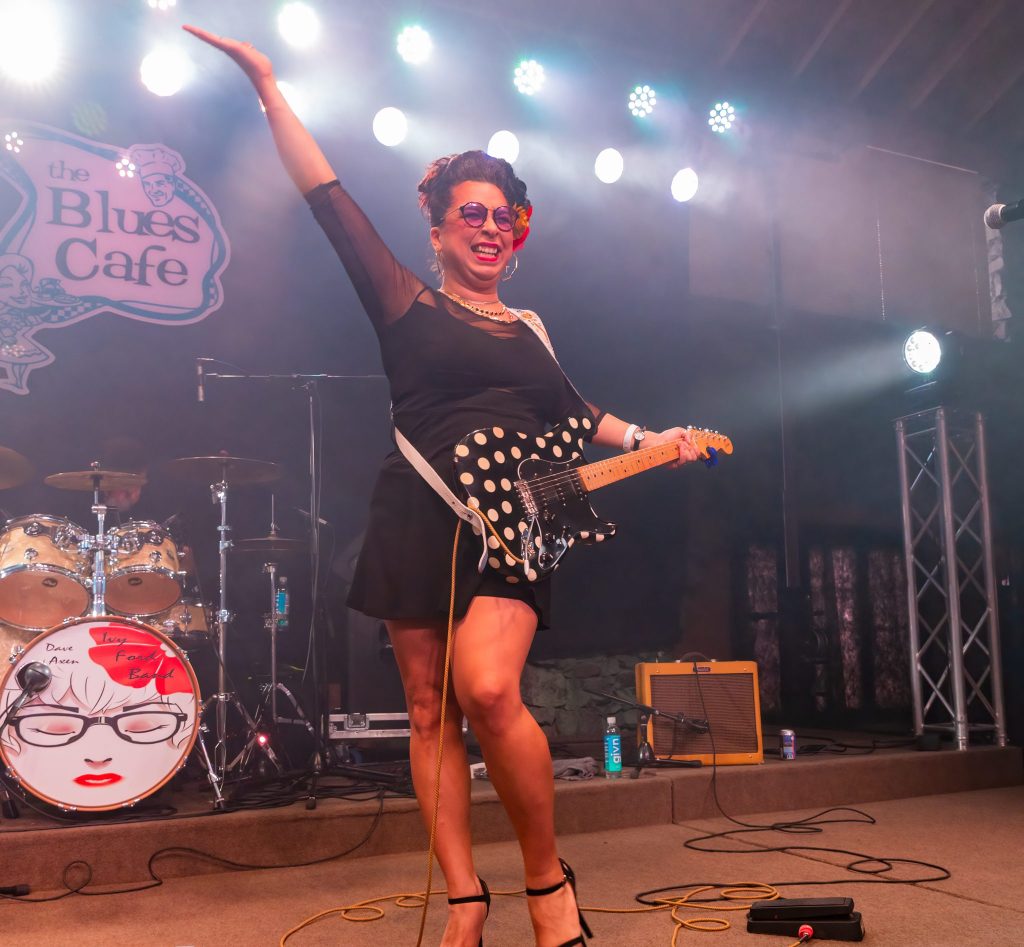 Ford didn’t pursue vocals until she started attending open mics in her early twenties. The loose format of these events lend themselves well to the blues, and Ford took to it immediately. Within a short time she was performing regularly, and in 2016 she got her break opening for Buddy Guy. To this day, Ford plays a version of Guy’s trademark polka-dot guitar. Combining basslines, rhythm chords, lead runs, and especially call-and-response flourishes between measures, Ford turns that guitar into a small fireworks display, all done while singing.

Ford’s material mimics her range of interests and thoughts. At one of her regular performances at Rosa’s, Ford covered the traditional blues of “Big Boss Man,” and “Hoochie Coochie Woman,” along with her gospel-tinged “Ain’t Had Enough of You.” She took a less traditional turn, covering Tracy Chapman’s “Give Me One Reason” and a mini-set of Winehouse covers. On these numbers, Ford unleashes her jazzy side, slurring, scatting and swinging through the strains of these sultry, stylized songs. 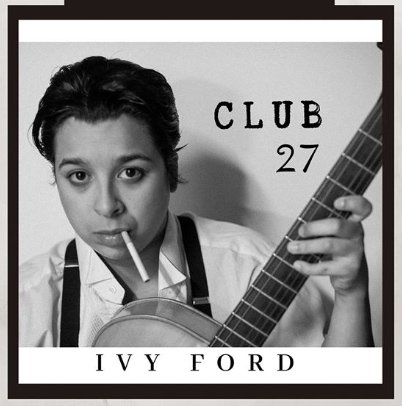 Ford’s songwriting also distinguishes her. She has released three original albums, “Time to Shine,” “Harvesting My Roots,” and her latest, “Club 27,” which was released in 2019 but is emerging only now from the shadow of COVID. With a cover duplicating one of Robert Johnson’s few existing photos, Ford’s original, “Keep on Blues,” begins with a sample of Johnson’s “Cross Road Blues,” which is merged seamlessly with her own acoustic slide playing. The album, however, does not stop with the Mississippi blues artist who died after two decades and seven years. Songs on the album take on the styles of Johnson, Winehouse, Jimi Hendrix, Janis Joplin and the aura of the other musicians who died at that age.

“As the writing went on, I saw I was getting closer to my own twenty-seventh birthday,” Ford says, “and the concept presented an interesting dichotomy of these larger-than-life musical heroes whose personal lives offstage might not have been as happy. The whole concept seemed so alluring.”

Now approaching thirty, Ford has passed through the “27” crucible and is adjusting to the off-kilter world of full-time performance while blazing into the future like a Ford GT.