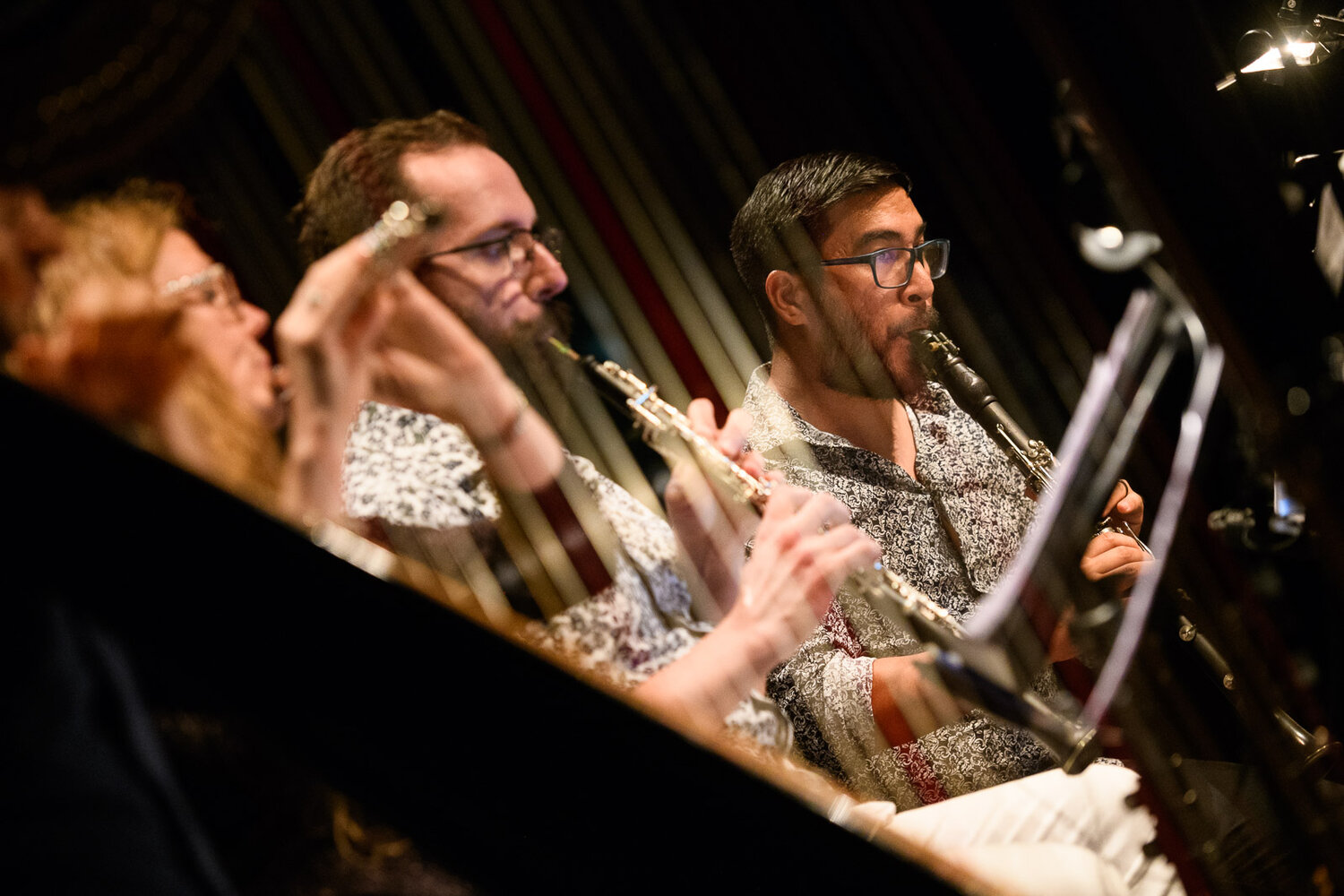 September is always an exciting month for live music in Chicago. I always enjoy the feeling of the city waking up after a summer spent doing things outside. This year feels especially exciting as audiences continue the return to watching in-person music-making.

It’s impossible to write about music in Chicago in September and not talk about the Jazz Festival (September 1-4), which returns to in-person concerts for the first time since 2019. The entire lineup is fantastic, but I’m especially interested in Regina Harris Baiocchi’s set in the Jazz Institute of Chicago’s New Works Fresh Voices series.

Baiocchi is a versatile composer who has written everything from avant-garde classical to blues and gospel-inflected pieces to straight jazz numbers, and this set features her 6Degrees Jazz Sextet performing a set of all original compositions, including the new work commissioned by the New Works Fresh Voices series.

The theme of the concert is “A Call for Peace and Love.” It’s a typically eclectic set list that also features tributes to Von Freeman and Miles Davis, as well as shining a spotlight on Black Lives Matter. This concert is on September 2 at 11:30am in the Von Freeman Pavilion at Millennium Park.

Later the same day, the Jazz Festival presents another great project from the New Works Fresh Voices series, in Ethan Philion’s “Meditations on Mingus,” performed by his ten-piece band that specializes in Charles Mingus’ music. Playing in the Jay Pritzker Pavilion at 4:15pm, this program also features a strong social justice message.

In addition to being one of the most influential musicians of his era, Mingus also spoke out against injustice of all kinds, and Philion’s set has been chosen to speak to the modern era. “Mingus’ message still resonates in our current era—an era marked by increasing incidents of hate crimes, aggressive political polarization and ever-increasing wealth disparity,” Philion says. “The compositions performed in ‘Meditations’—such as ‘Pithecanthropus Erectus,’ ‘Meditations on a Pair of Wire Cutters’ and ‘Haitian Fight Song’—speak to these issues of injustice. The compositions ask listeners to reflect on humanity’s capacity for evil, but as Mingus’ psychiatrist put it, they are also ‘a call for acceptance, respect, love, understanding, fellowship, freedom—a plea to change the evil in man and to end hatred.'”

Another concert I’m excited about is cellist Ian Maksin at the Epiphany Center for the Arts on September 10. If you haven’t been to Epiphany, it’s well worth the visit. It’s housed in a historic former church called the Church of the Epiphany that opened in 1885 at 201 South Ashland, and was built of sandstone imported from Lake Superior.

This beautiful church was added to the National Register of Historic Places in 1998 and is a Chicago landmark, but had to close its doors in 2011 owing to a dwindling congregation. It then sat empty for eight years until developer David Chase and his wife Kimberly Rachal converted it into an event venue, only to close it up again in 2020.

Their vision is that Epiphany can again be a place for people to congregate, this time around art and music, and they’ve got 42,000 square feet to do it in. The center includes three performance venues: the huge Epiphany Hall that seats close to a thousand, the former sanctuary and the newly restored catacombs.

I’ve known Ian Maksin for many years and he is one of the most versatile musicians in the city. Born in Leningrad, trained there and subsequently at the Manhattan School of Music, he spent decades as a classical musician before embarking on a different path. Maksin now performs a blend of classical, rock, jazz and original compositions with a flair that is contagious.

Maksin will play music from his two most recent releases, “The Alchemist” (2021) and “Sempre” (2019), as well as new original music including his latest single, “Rain Again,” which he dedicated to the people of Ukraine, with proceeds from its sales benefiting humanitarian relief efforts in that country.

“This war has deeply affected me,” Maksin says. “It is my mission, as a human being and as an artist, to do everything possible on my part to support the people of Ukraine by raising humanitarian funds and sharing my music with those who need it the most during these dire times. I believe that music will help bring peace, first into our souls and then in the world around us.”

An experimental composer with a unique sense of style whose music is frequently playful, Bauckholt has a sharp ear for musical timbre and her scores are incredibly detailed with the exact sounds she’s looking for, whether those sounds come from a cello, a card shuffling machine or an empty soap bottle.

Dal Niente will present one of her most popular works in “Oh, I See,” for clarinet, violin, cello, two balloons and video. They’ll also present George Lewis’ “Flux” for sixteen players, a work inspired by Jeff Donaldson’s stupendously complex painting “JamPact/JelliTite (for Jamila).” The piece is equally complex and a formidable challenge for the ensemble, calling for a wide range of extended techniques including quarter tones, multiphonics and exotic bowing techniques in the strings. This will take place in another relatively new venue: DePaul’s stunning Holtschneider Performance Center at 800 West Belden.

With the Jazz Fest back in full swing, exciting new venues opening and groups planning out full seasons for the first time in nearly three years, September has a lot to give for lovers of adventurous music.