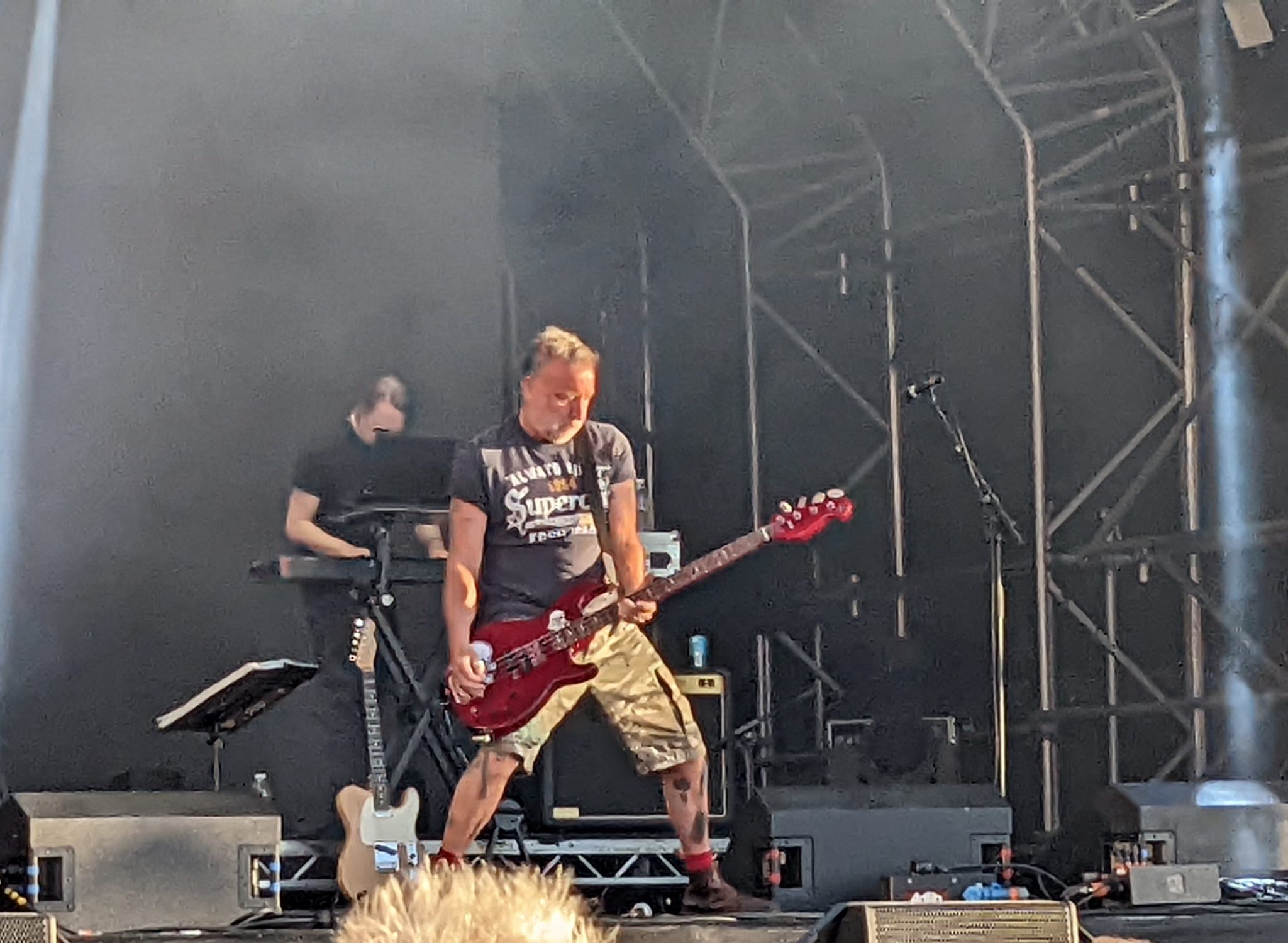 “Punk is a religion for me. Rebellion is the Mecca.” So attests Dave Doctor, leader of the Texas hardcore band MDC, while performing at the Almost Acoustic stage of the Rebellion Festival as “Millions of Dead Cowboys.” Doctor testifies for himself and on behalf of the more than three hundred performers and 15,000 descendants that have made the pilgrimage from around the globe to Blackpool, Lancashire for the twenty-sixth annual Rebellion Festival, the United Kingdom’s largest independent punk music event.

And descend they do. Imagine if you will for a moment that punk rockers took over Atlantic City or Santa Cruz—punks in many colors of mohawks, intentional or unintentional skinheads, from ages twenty to seventy-plus, all sporting band, slogan and lifestyle tattoos as well as black band T-shirts and leather jackets with patches. Thousands roam the cobblestone sidewalks, pubs and promenade of this Victorian resort on the Atlantic Ocean, three-and-a-half hours northwest of London. Blackpool is home to a metal tower just shy of half the size of Eiffel, built in the 1870s, and there are carnival games, circuses and other live entertainment. 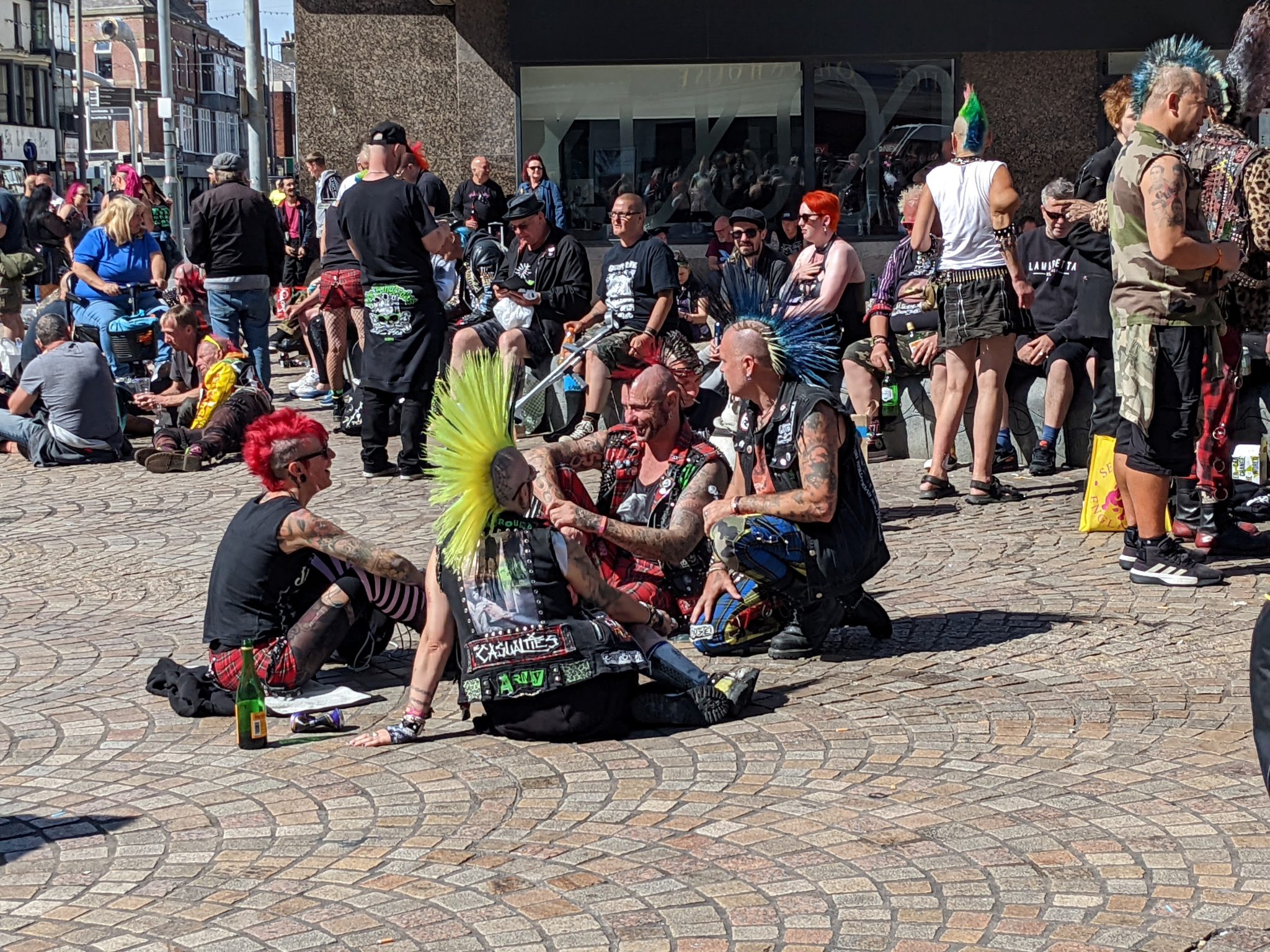 It’s four o’clock on a Saturday and the regular crowd shuffles into the Empress Ballroom, built in 1896, the floor of which is literally bouncing to the sound of 999, one of the first British punk bands (formed in 1976) and a feature at all of the Rebellion festivals. Thousands shout-sing in unison along with original lead singer Nick Cash, “That’s the truth of it, take it or leave it,” the semi-chorus of the politically charged 1978 song “Homicide.” The song was banned by the BBC even though, as Cash has noted, the network was showing the TV show “Kojak,” which featured death in the Bronx every week.

Though the lyrics, sound and images of punk rock suggest more than a whiff of violence, and the Empress was, in fact, the scene of a riot caused by the Rolling Stones in 1964—which resulted in the Stones being banned in Blackpool until 2008—there is none of that aggressive and physical nonsense at Rebellion. Staff, organizers, attendees, bands and other Blackpool tourists universally confirm that the festival is “like a family, everyone vibing and having a good time.” An organizer independently noted that he has “never seen one fight, it’s a family vibe, and people are there for the music only.” There is mostly kinship, none of the pushing, jostling and shoving regularly encountered at music festivals in the States.

The music at Rebellion pogos the gamut, exemplifying the diversity that the “punk” umbrella has embraced. Acts include punk-progenitors like spacey Hawkwind; rough-and-tumble The Stranglers; eighties new-wave hitmakers like Squeeze, British roots-reggae band Misty in Roots; one-hit wonders (at least in the United States) like The Vapors, The Primitives and Gary Numan; bands with a single original member playing previous works, like Peter Hook and the Light, with original bassist of Joy Division and New Order, Peter Hook, playing Joy Division songs, and From the Jam with original bassist playing The Jam songs; harder punk from The Exploited; and newer, Celtic-punk acts like Bar Stool Preachers and Ferocious Dog. While the performers are predominantly British- and European-based, the United States is well represented with San Francisco’s The Avengers, Los Angeles’ Circle Jerks from the first punk wave of the late seventies and newer punks Anti-Flag and The Bouncing Souls.

Political action still plays an important role in punk. Anarchists MDC played at the Poland-Ukraine border and wrote the song “War is a Racket” afterwards. Citizen Fish sing songs about bartering to avoid the economy. Tom Robinson, one of the first openly gay musicians and a leader of Rock Against Racism, continues to fight injustice; check out his 2015 song “The Mighty Sword of Justice” with telling and scathing lyrics such as “When cops protect the wealthy the cost is yours and mine,” and “One law for the rich and another for the poor.” 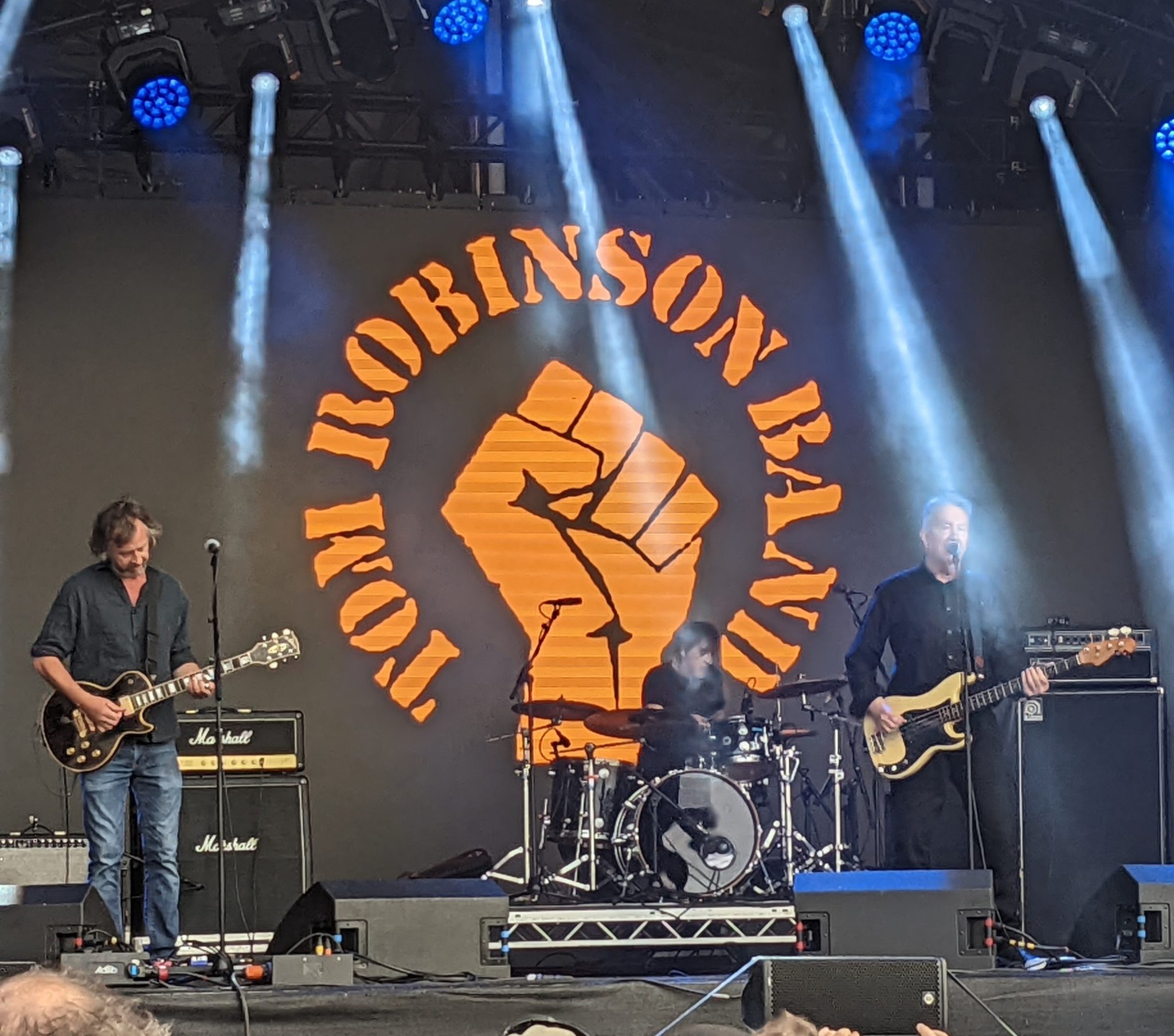 Billy Bragg also continues to be a political commentator and descendant of Woody Guthrie. It is remarkable to hear him speak to a British audience about the war on empathy that is being waged in the U.K. It all sounds scarily similar to what we are facing here.

The majority of the non-U.S. bands don’t tour regularly in the U.S., so only at a festival like Rebellion can you encounter so many in four days, with virtually no dilution of talent. Derry, Ireland’s The Undertones, featuring the jangly guitar interplay of brothers John and Damien O’Neill, maintain the pop punk excitement of “Teenage Kicks” even though the song is well past middle age, along with many of their other forty-plus-year-old hits. Also from Ireland (Belfast), though led by adopted Chicagoan Jake Burns, Stiff Little Fingers continues to inspire audiences with anthems like “Alternative Ulster” and “Tin Soldier,” about the futility of war. The Skids, from Scotland, play current-sounding, driving punk disco-infused songs, which back in the seventies influenced U2, perhaps the most popular global brand band with punk lineage, and who with Green Day covered The Skids’ “The Saints Are Coming” back in 2006. And, yes, the live version by The Skids’ current lineup, like the original on vinyl, remains poignant, danceable and superior to the U2/Green Day cover.

The Skids are just one of many excellent Rebellion performers who have a place in rock trivia as well as rock history, through which you can connect many dots. Stuart Adamson of the Skids formed one-hit wonder Big Country in the eighties. Gene October, the lead singer of Chelsea, gave Billy Idol his first gig with the band before Idol broke away to form Generation X and then become a solo star. Toyah, the British chanteuse who’s the UK’s Madonna, is married to Robert Fripp of King Crimson. As Toyah noted, she’s “been shagging the guitar player for thirty-six years.”

This year Rebellion Festival has added R-fest, a 15,000-capacity outdoor festival on the beach promenade, which allows for broader attendance while providing a larger venue for bigger names. It also allows attendees to get some sun. Some performers worry about whether the audience has any sunscreen!

Age is definitely an issue with punk. As Billy Bragg notes, he saw a bunch of sixty-year-old skinheads trying to look leery. They were the first skinheads he could outrun. And many in the audience have difficulty with an audience participation bit involving crouching down and jumping up. At the same time, the new bands are focused on demonstrating that punk music, attitude and culture is not dead. The Bar Stool Preachers, a modern, energetic, ska-infused punk band from Brighton, led by TJ McFaull, the son of Colin McFaull of Cock Sparrer, shows that the current generation can skank to thoughtful music. The band tells people to move out of the way so kids and parents could come to the front. Ken Bonsall, lead singer of the powerful band Ferocious Dog, and a former coal miner, forcefully points out, “If you had to play punk rock in 1970s where do new punks come from?”

Clearly, with festivals like Rebellion thriving and growing, punk has a future beyond fashion.