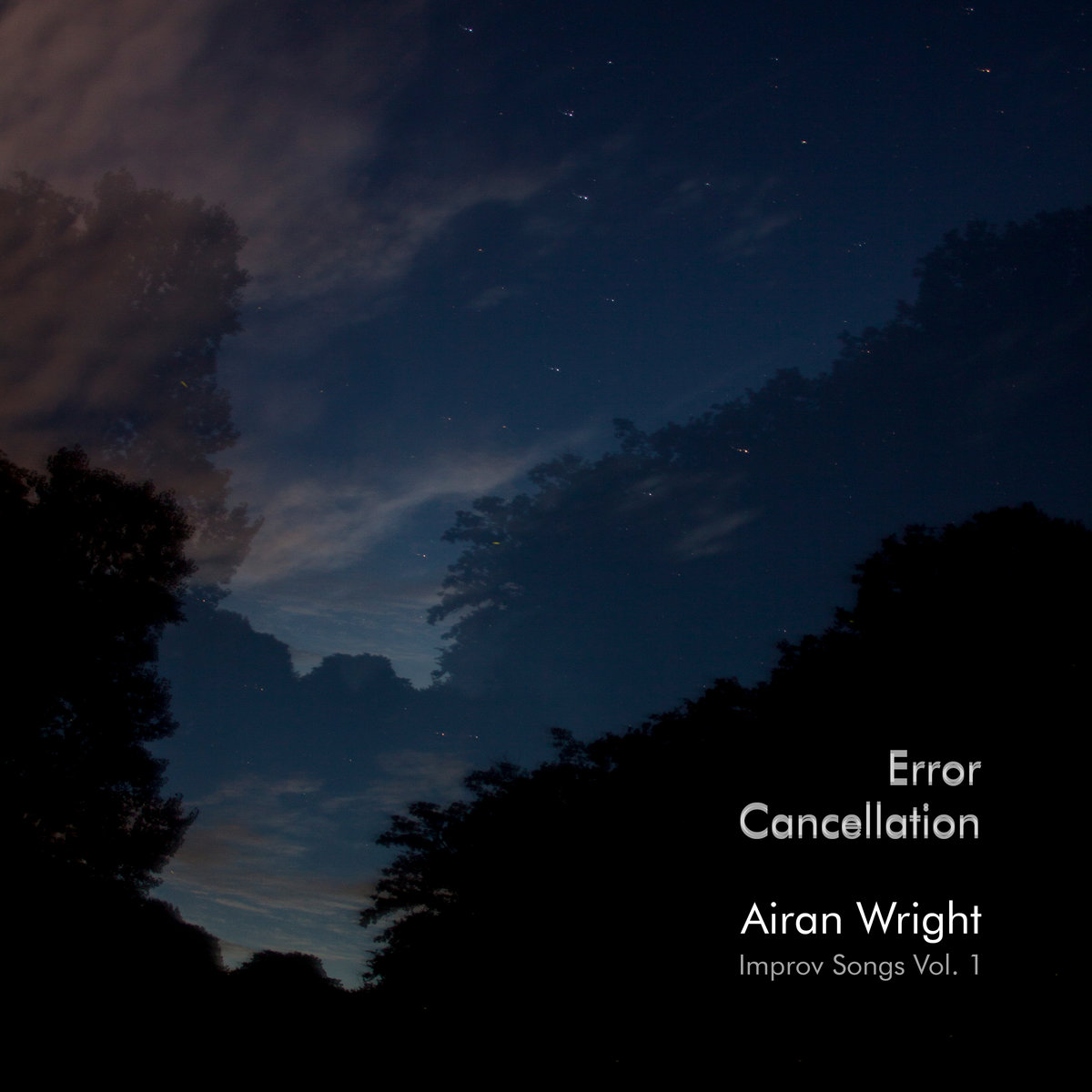 Music is usually a collaborative pursuit, but the past two-and-a-half years have pushed some artists to find inspiration in isolation. Airan Wright, the Evanston-based artist and musician, pushed himself a little farther than most; his debut album, “Error Cancellation” (which dropped in spring, but so quietly it took me a while to twig to it) comprises eleven tracks of music he personally improvised, tracked and mixed.

The instruments he wields are almost entirely brass and woodwinds (including saxophones, bassoon, flute, piccolo, clarinets and recorders), and there are cuts that perhaps unsurprisingly play like family outings—as in “Some Assembly Required,” where a quartet of related voices engage each other with genuine wit and vitality.

But there are other tracks that so effectively layer sonics, textures and tempi that they take on a nearly symphonic weight. The yearning, often ominous “I Dream of Rocketships” is a standout in that respect; it’s like the soundtrack to a movie you end up writing as you listen.

Possibly my favorite track is the closer, “Dinner Party,” which opens with the hiccoughing rhythm of a novelty tune under a serenely languid legato line that’s like the high, clear voice of someone holding court over a table of chattering status-seekers. The party eventually falls into languors—there’s a wobbling line that implies the diners are drunk—but returns to the original energy, briefly and a bit haphazardly… presumably as everyone staggers noisily to the door.

Throughout, Wright confidently reveals the sheer scope of his abilities, with tunes ranging from the jaunty, high-spirited, almost Dixie-jazz “Weekend Ornithology” to the stately, contemplative classicism of “To Be Fair, I Did Take Out the Trash,” which glistens with trills and roulades. I’ve never heard counterpoint so exquisitely calibrated in an improvised piece.

Wright is reportedly working on a follow-up in which he’ll alter the format to the extent that each track on the album will feature an additional collaborator. It’s probably unfair of me, after having taken so long to give this album its due, that I’m already looking for the next one.

“Error Cancellation” can be streamed and downloaded at Airan Wright’s Bandcamp page. 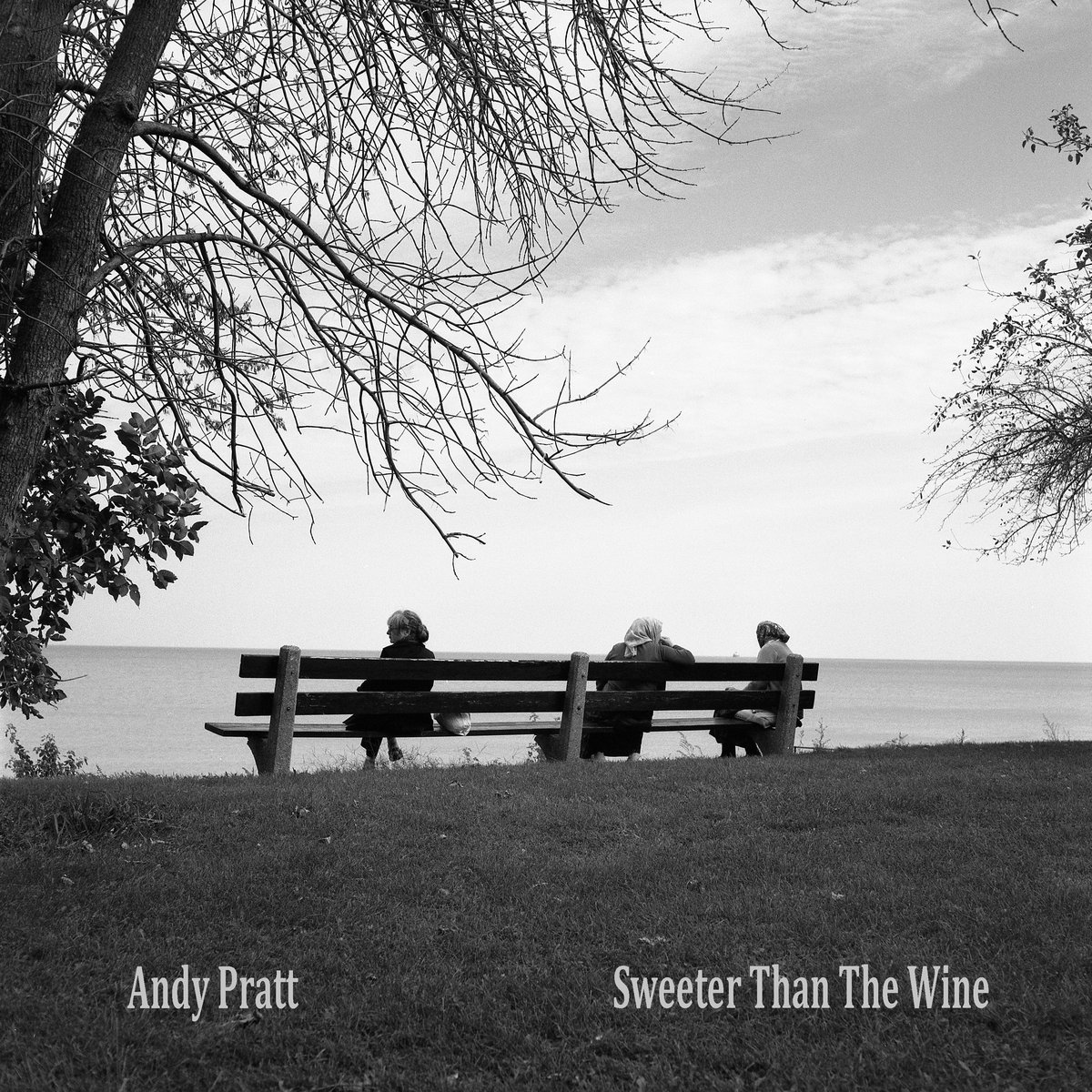 Andy Pratt’s new album, “Sweeter Than The Wine,” is another DIY affair; the singer-songwriter plays every instrument except Alex Beltran’s saxophone. He also incorporates orchestral colors via analog synthesizer, which can be an iffy choice; but by the deftness of his arrangements, and by not pushing the synth too close to its limits, he fares pretty well.

Pratt also retains his affinity for melody and for killer hooks. I’ve been humming the opener, “Without You,” for days; it’s like a cross between French chanson and saloon jazz, and Pratt sings it with the gravelly insouciance you would expect from Tom Waits or Paolo Conte. It’s a big change from the very different persona he had on his previous release. “A thrill cannot last beyond its noon,” he half-growls, half-purrs, “The fire, it has died but the ashes loom / My cigarette glows into the gloom / And I can’t go on without you.” It’s a performance you can’t imagine him giving standing upright; it’s meant for a slouch over a stool, one foot on the floor, the other hooked over a rung.

By contrast, the following tune, “I Walked By Your House Today,” finds Pratt transformed into a vintage-era easy-listening crooner; and in fact the tune is one of those mind-benders you’re certain you’ve heard before, somewhere in the seventies, recorded by a baritone smoothie like George Jones or Ray Price.

In fact, it’s Pratt’s voice that makes the biggest impression. His music, as I’ve noted, is very fine; and while his lyrics are fairly standard, he occasionally throws down a worthy couplet (“Everybody’s waiting for the harvest / But I’ll be buried in your golden hair”). His singing, however, is utterly and engagingly distinctive. Chicago is a city rich in topflight vocalists, ranging from burnished-toned interpreters to lean, athletic improvisers; but there are few who convey character as well as Pratt does. I generally like to encourage singers to hew to new material; but given the singular texture and individuality he’s acquired, I’d love to hear him flirt with the canon. Maybe next time?

“Sweeter Than The Wine” can be streamed and downloaded at Andy Pratt’s Bandcamp page.