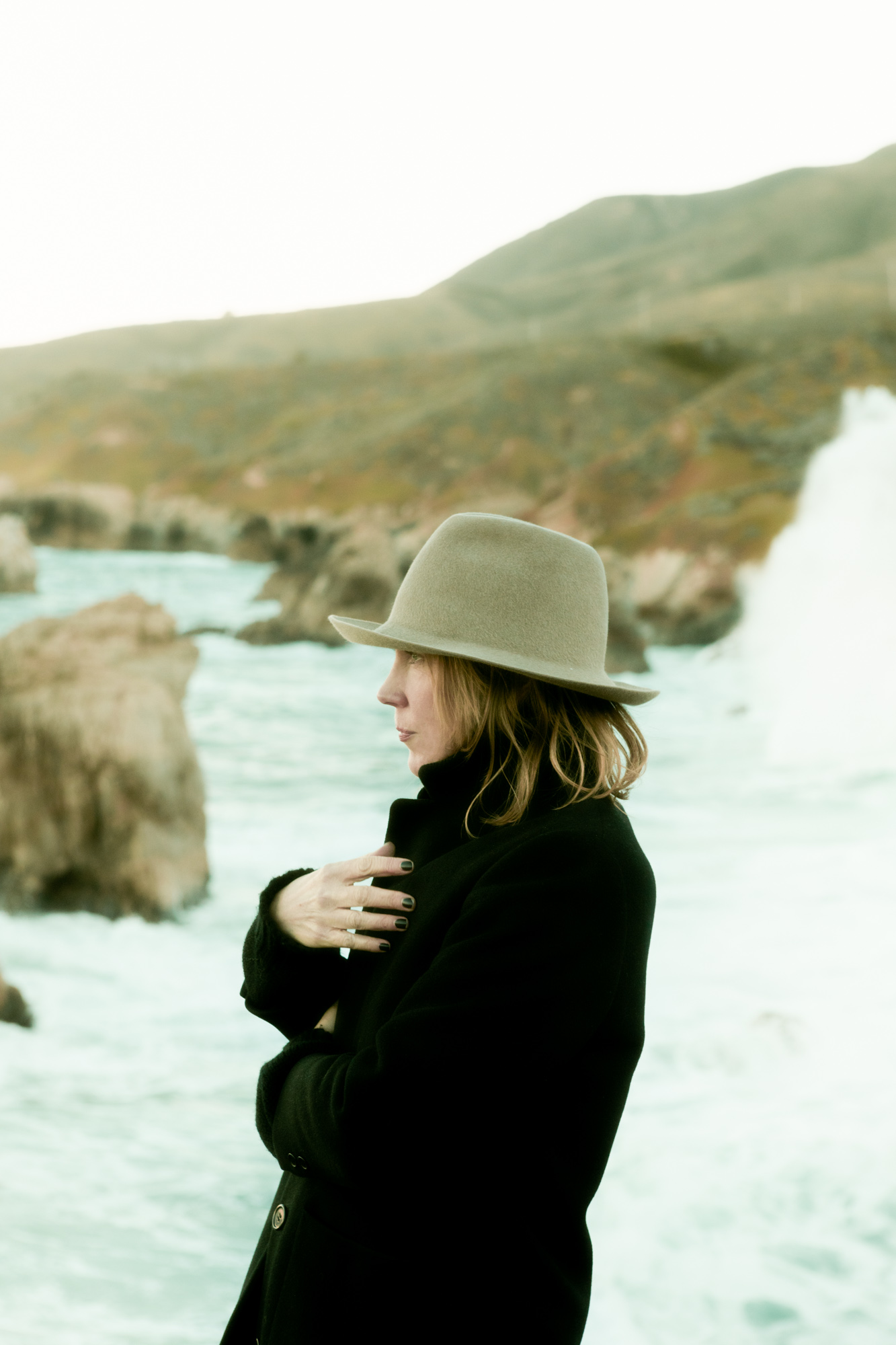 Is there such a thing as too much Beth Orton? In anticipation of her November 10 show at the The Irish American Heritage Center’s the Mayfair Theatre, I conducted an experiment to find out. I started by listening to the two-disc compilation of her work from 1996 to 2003, “Pass In Time: The Definitive Collection” while on a road trip to Michigan. While I admit to switching to another artist following disc one, I did come back to disc two upon my return, and have since taken the “deep dive” approach to everything else I could get my hands on by Orton. Or at least what was close at hand.

Admittedly, this was relatively easy, as my recently alphabetized CD collection under the letter “O” also yielded “Trailer Park” (which she calls her debut) from 1996, 1999’s follow-up full-length, “Central Reservation” and the 2006 album, “Comfort of Strangers.” In addition to the “best of” compilation which I had discovered as trance-inducing driving music, I also had promised to screen the interstitial “Best Bit” EP from 1997 and “The Other Side of Daybreak,” a grouping of remixes, B-sides and live recordings issued following her 2002 “Daybreaker” record for my colleagues at CHIRP Radio. I also had a smattering of both “Sugaring Season” (2012) and “Kidsticks” (2016). I was also provided with an advance copy of her latest, which dropped in September, “Weather Alive.”

With all of that music in hand (or in ears), I could complete my experiment, and spoiler alert: there is no such thing as too much Beth Orton. Even though her youthful soprano has developed into an aching alto in modern maturity, her voice and her music are still unerringly beautiful. The British singer-songwriter turns fifty-two next month, and if you count her original collaborative record with producer William Orbit, 1993’s “Superpinkmandy” as her first musical effort, then 2023 will mark her thirtieth year releasing music. She later disavowed that as her debut, with a very limited release in Japan, but some of those songs later appeared in different versions on other releases.

The musical genre folktronica was coined to describe the mash-up of folk instrumentation like acoustic guitar with electronic beats with trip-hop atmospherics, and although Ultramarine and bands such as The KLF and The Orb may have inspired the genre, they were largely faceless. Beth Orton had the voice and face to propel the genre into wider popular consciousness. Allegedly Orton, who had trained as an actor, met William Orbit by bumming a cigarette from him at the bar of a party he had thrown, not realizing he was the host. The two became an item, and she became a singer, both at his insistence. She even credited Orbit for pulling her out of a monastery in Thailand after a three-month stay.

By the time of her debut, they were no longer a couple, but that 1996 recording begins with a new version of one of those collaborations, which also became the record’s first single, “She Cries Your Name.” For me, the best songs are those that you would swear you’ve heard before, or you would swear are just too good to fall fresh on your ears. The best of Beth Orton (and nearly all of it is her best) has that effect, and it all began with “She Cries Your Name.” First the otherworldly strings slide in, then a simple acoustic guitar rhythm, then that lilting, almost Irish, echoey voice pours in like so much golden honey. Bass and piercing electronic punctuations come next, then a backbeat drum groove as Orton makes her first argument to be the fresh face of folktronica. The rest of “Trailer Park” follows closely in quality, with the eerie exploration “Tangent,” the contemplative “Don’t Need A Reason” that channels The Smiths and is soaked in strings, and the buoyant “Live As You Dream” which funnels girl-group sounds of the 1960s into a whirlpool of 1970s smooth soul, with a sextant pointing toward Northern Soul. “Sugar Boy” begins with a simple drumstick backbeat and swells into another symphonic climax. This extraordinary debut concludes with a hauntingly beautiful and spare cover version of “I Wish I Never Saw the Sunshine.” (This was penned by Phil Spector, Jeff Barry and Ellie Greenwich and originally recorded by The Ronettes in 1966, but not released until 1974, possibly because it is the saddest song of all time.) “I Wish” is followed by  the lengthy exploration “Galaxy of Emptiness” which clocks in over ten minutes, again has layered strings and electronic embellishments, and goes almost four minutes before Orton’s vocals start. But it’s worth the wait.

Her follow-up, 1997’s “Best Bit” EP, was a welcome promise of things to come. Orton again comes in like a British Natalie Merchant or Cranberries singer Dolores O’Riordan, if she could play guitar with a swagger and lead a band through a soul revival. That’s the vibe I get from the title single, which had appeared in an earlier, different version on the “She Cries Your Name” single; her delivery approaches scat over a hypnotic guitar riff and culminates in a fleshed-out climax with mysterious spoken snippets and a tambourine ending. “Skimming Stone” starts out with a whimsical electronics part and weaves in a tapestry of rhythmic intricacy, adding lovely strings. Two songs are duets with Chicago native Terry Callier (one of her inspirations), a brilliant cover of Fred Neil’s “The Dolphins” and Callier’s own “Lean On Me,” which is paid stellar tribute (both with awesome vibraphone from percussionist David Friedman, but featured more in the former). Callier would also sing back-up vocals on the next full-length. The EP concludes with a beautiful version of the earlier album’s “Touch Me With Your Love,” recorded live on KCRW’s “Morning Becomes Eclectic” show in Santa Monica, California, accompanied only by acoustic guitar.

Orton’s second proper full-length, “Central Reservation” begins with a wave of understated instrumentation at the start of “Stolen Car” before launching into the cut full throttle. The song showcases some of her most memorable lyrics in the form of “You were sitting, your fingers like fuses / Your eyes were cinnamon” and continues “You said you stand for every known abuse / That was ever threatened to anyone but you / And why should I know better by now / When I’m old enough not to?” The rest of the choruses feature permutations on that phrase, culminating with “Why should you know better by now / When you’re old enough not to? / I wish I knew better by now / When I’m old enough not to.” That “stolen car”? It’s only mentioned once in the song, in the context of “I see a face drive like a stolen car.”

Can you imagine a female Nick Drake singing Van Morrison songs, fully orchestrated but punctuated by glitchy rhythms? That’s what you can expect from other numbers like “Sweetest Decline,” and she’s almost a pale Sade on “Couldn’t Cause Me Harm” with more jazzy vibes that make the number sparkle. Not only does Terry Callier provide backing vocals on “Pass In Time,” the song that inspired the title of her “best of so far” in 2003, but the record also includes contributions from Dr. John, Ben Harper and David Roback (of The Rain Parade and Mazzy Star) fame.

Orton now says that “I am known as a collaborator and I’m very good at it. I’m very open to it. Sometimes, I’ve been obscured by it.” She believes that through being “cornered by life,” on “Weather Alive,” she “got to reveal myself to myself,” concluding that in this way the record is a collaboration with herself.

Beth Orton’s first album in six years is meditative, haunting and autobiographical, a journal of her thoughts on loss. Her grown-up lyrics fit into her increasingly creaky alto, as she’s moved into AARP eligibility and gone from light-as-air soprano to a lower register. Much of the record was composed and uses a secondhand piano she put in her garden shed, so it’s a sound more organically rooted, both figuratively and literally. “It almost makes me want to cry, the weather’s so beautiful outside,” she sings on the title cut, the touchstone, and you wouldn’t be blamed for crying yourself. “Friday Night” is the first single, and deservedly so, with an earworm chorus and lyrics that are not about any kind of football, but reference reading Proust in bed. “Fractals” is world-weary but also almost funky, and “Lovely” starts with a thumping beat and adds muted horns, ending with a thudding bass part. Although “Weather Alive” is only eight tracks, the bookends are over seven minutes, and most cuts exceed five. But like the vast majority of Orton’s performances, it’s all worth it.