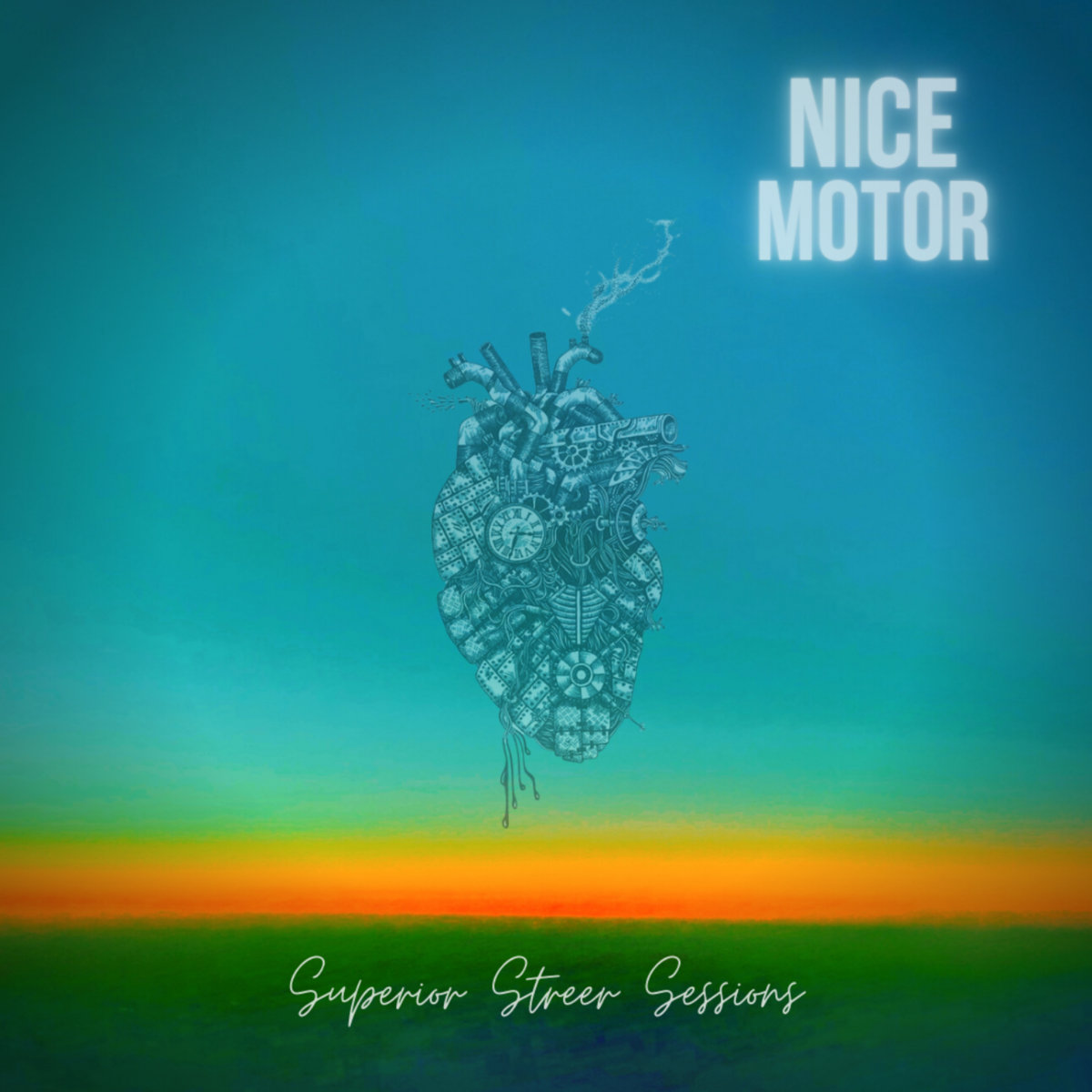 Streaming hasn’t quite killed the album, but the idea of an album, one that gelled sometime around 1968 as a coherent statement comprising discrete tracks reflecting a particular sensibility, theme or point of view, seems to be on the wane. As a relic of the twentieth century, I still make it a point to give every new album a close and concentrated listen; but lately there have been fewer returns on that investment. My guess is that today’s bands don’t see the point in doing the hard work when their success or failure is going to be determined by individual tracks; why not just hit as many genres and vibes as possible, and wait to see which one connects?

The new album by Chicago’s Nice Motor, “Superior Street Sessions,” comes as a big surprise in that regard. The band ranges over a number of genres, but manages to pull the entire thing together as a cohesive whole by giving its full weight to a few of its stylistic strengths.

The first is percussion. Drummer Seth Webb pretty much owns this record from the opening moments, when he gives a blitzkrieg count-in to “Dino DNA,” then slams into the first few bars, launching the R.E.M.-sounding tune into immediate hyperdrive. He keeps tight hold on those reins through everything that follows; even a tune like “Trouble,” which wafts in as a dreamy ballad, soon stirs and grows restive—and then you actually hear Webb come running up from behind, double-time, to break the whole thing wide open with a crash of cymbals.

My favorite Webb performance is on the propulsive “It Came from Seattle,” where, after machine-gunning through the verses, he spends the chorus alternating four, two and one hits per measure. It’s a math game, sure, but it’s witty and exciting, and it keeps you on your toes.

The other strength the band exhibits, track after track, with exhilarating élan, is hooks. There’s barely a tune on the album that doesn’t have a killer chorus, and most of them will be clanging around your head for days afterwards. For me it’s been especially true of the aforementioned “Trouble,” where front man Brian Webb wails irresistibly, “I used to think you were beautiful, I used to think you were wise / How could you be so pitiful? When do we draw up the lines?” There’s also a ravishing bit of counterpoint over the main melody, a brief descending line that trickles over the melody like glistening tears.

There are surprises here, too. On the Beatlesque “Shine,” it’s not the chorus that’s the earworm, it’s the opening line—“You sing the high, I’ll sing the low / We’ll praise the sunshine, and let it go”—though the chorus does have its own attraction in some dazzling, Proclaimers-style harmonies.

The album concludes with an arena-style slammer, “Hardest Part of the Game” (where Webb, again, entirely rules). But despite its many hard left turns at genre intersections, “Superior Street Sessions” leaves me with an indelibly clear picture of who this band is, and why it’s worth my time. Yours, too.