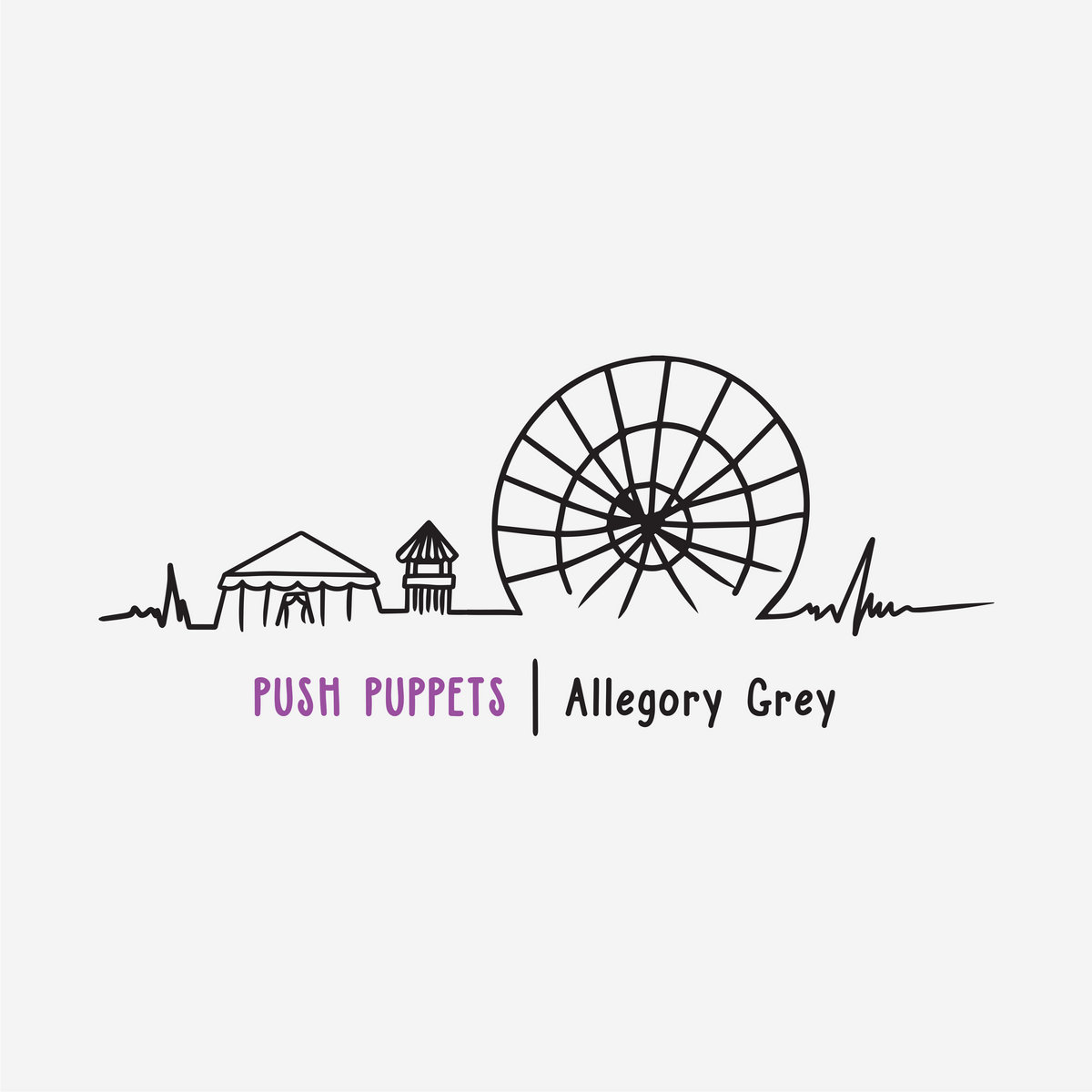 Way back in the previous century, my friends and I had an affectionate term we applied to songs that embodied the breezy, easy, wistful feeling summer gave us: we called them “top down” tunes. Somewhere in the ensuing years we dropped the term—probably because none of us had a convertible anymore. Also, summer no longer makes us feel that way. Middle age’ll do that.

But when I sat down to listen to the new album by Palatine-based band Push Puppets, the opening track threw me right back into that nineties feeling. Over an irresistibly jangly guitar, vocalist Erich Specht sings, “I imagined I’d find another / I haven’t found it yet,” and immediately I could feel the goddamn wind in my hair. It’s a great opening line—melodically bouncy and lyrically yearning—and you don’t even have to ask what variety of “another” Specht is singing about: it’s a girl. This is a nearly perfect summer tune (perversely released at the end of September), so of course it’s a girl.

“There’s No One Else Like Lynette” is just the opening salvo of what turns out to be a whole album of paradoxically bright, uptempo pop tunes about longing and regret. At first you think it’s a fluke; but no, Push Puppets’ official bio lays it right on the line: the band specializes in “songs with earworm melodies and shiny production that belie the often bittersweet sentiments in the songwriting” of frontman Specht. So there it is: happy-sad is his jam. And on “Allegory Grey,” he goes a long way toward making it yours.

There’s at least a soupçon of hope in “Lynette;” Specht sings, “Call when you know / That you are over him / You’re in control.” We don’t know if she ever will, but at least the door’s open. The next few tunes, however, are a tad bleaker (while remaining exquisitely tuneful). In “The Bane of My Existence,” Specht is “shouldering all the blame / But I won’t shed the tears / It’s killing me just the same / It’s worse than it appears.” It’s a minor-chord melody, but so propulsive, and woven through with such sparkling harmonies, that it lands you in the lap of joy. I don’t know if I’d call it a full-scale catharsis; let’s just call it catharsis lite.

Another totally infectious tune, “Lightning In a Dress,” pulls you in with the conventionally pop opening refrain, “She’s all I want, yeah / She’s aright / She’s alright,” and you think, oh, so we’re in a lighter mood now, Erich? But then the tune skids to a halt and he leans way into the mic and starts delivering an overcaffeinated, too-many-syllables-per-measure spiel: “I’ve been climbing the walls / Staring all night at the ceiling / Can’t get out of myself out this state / I’m tired and I — can’t — SLEEP.” It’s a bit abrupt, but I have to say, I found it relatable and charming.

There are a few outlier tunes—which in this context means, they don’t deal (or at least entirely deal) with romantic calamity. There’s the by-now obligatory commentary on our divided America in “October Surprise” (“We fan the flames / And we decide / Who’s in or who’s out / Don’t say it out loud / Poison the well / So no one can tell / What’s real and what’s not”). But for the most part, we’re mired here in the most delectable kind of first-person misery—and also in some wonderfully vivid imagery. “Could it have been more obvious / That the house by the volcano might explode?” for example. Or earlier, and more hauntingly, “Maybe it was the long winter / Sometimes the buds never flower / Nurtured the same as her neighbor / But she never opened her eyes.”

Altogether, a very fine, and highly individual, indie-pop outing. But “There’s No One Else Like Lynette”?—Top down, baby. Top down.