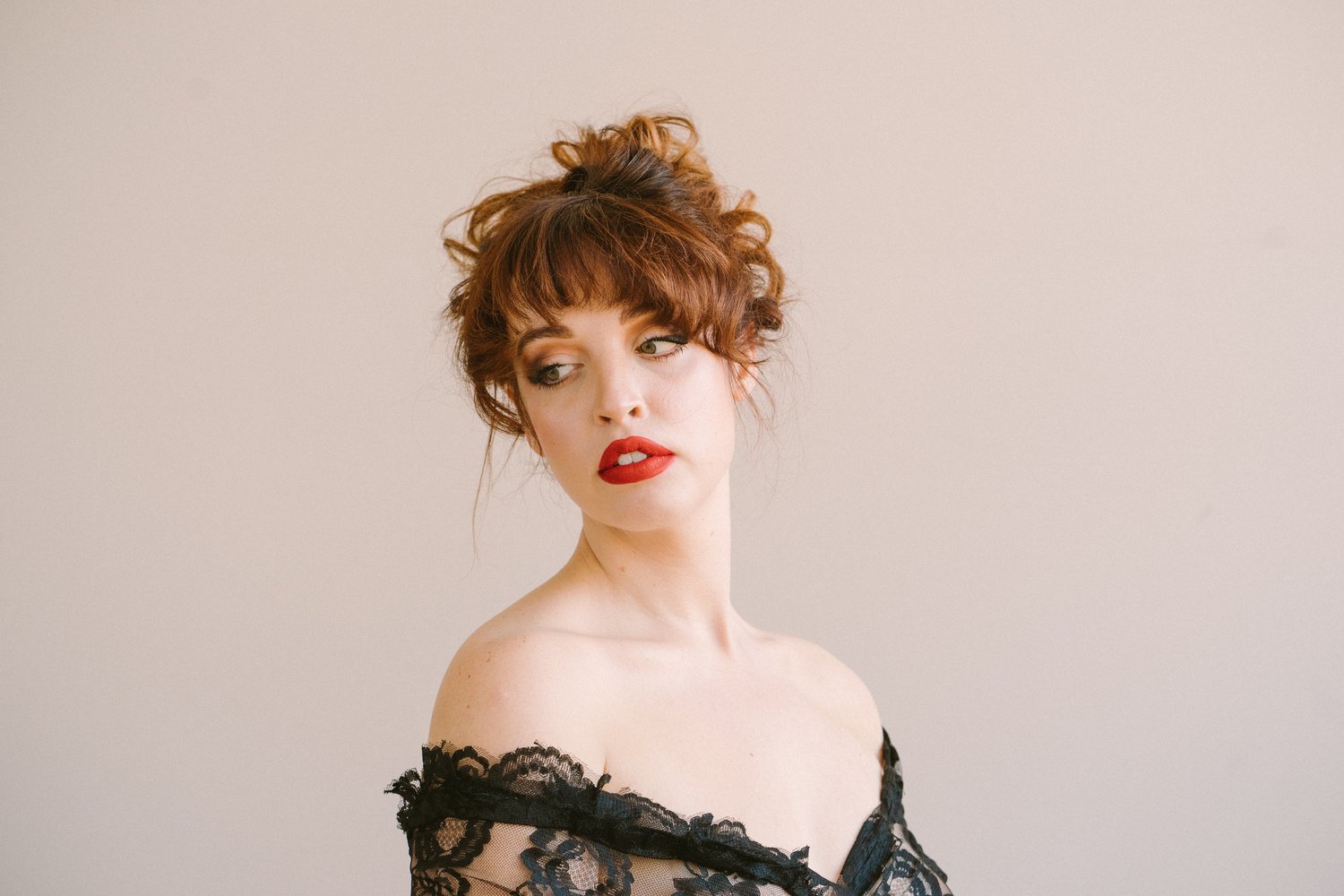 The first thing that strikes you about Chicago singer-songwriter Elizabeth Moen is that voice. It’s an amalgam of styles and mannerisms from everything from classic rock and country, and as such it manages to be both warmly familiar and tantalizingly new. Moen’s full-length debut, “Wherever You Aren’t”—whose release she celebrates both December 9 at Empty Bottle and December 16 at Schubas—kicks off with a tune called “Headgear” that’s an ode to the healing properties of Moen’s mouthguard (we’ll get to her wit in a moment). The tune opens with a tinkling electronic intro meant to represent the dream state, before we’re jolted awake by Moen’s declaration, “I thought my headaches in the morning / Were coming from my bad dreaming / But my lover told me I’m just grinding my teeth / while I’ve been deep sleeping,” and even in that single line, there’s a lot to unpack. Moen’s delivery is an insouciant, Jagger-like grumble, until she leaps up to head voice for the phrase “bad dreaming,” whose syllables she lingers over and toys with; then she drops back down for the next phrase, which she snaps shut on the word “teeth” like a stand-up comic delivering a punch line.

And that’s just the album’s first forty seconds. Throughout the ten songs that follow, her singing surprises and delights, not just by its sheer musicality—and I mean, this woman’s gift for melisma is through the roof—but by its ability to convey character. The songs on “Wherever You Aren’t” are chiefly concerned with the traumas and travails of getting through your twenties in a fallen, faithless world, and by the time she’s finished, Moen has achieved something almost novelistic. Though the tracks were recorded sporadically over the course of a year and in studios in several different cities, they have the tightness and cohesion of a single concentrated session. This is one of those albums that unspools.

That first tune also introduces us to some of Moen’s other stylistic traits. I’ve mentioned the dreamlike intro, which skids into the wide-awake first verse; but late in the tune the tempo changes again, doubling up as Moen’s mind begins racing, as many of ours do at lights-out. Bring on the title apparatus. (“I kiss my lover, put my mouth guard on / And get to sleeping.”) In the tunes that follow there are similarly bracing rhythmic shifts—including, on the gorgeous seventies-style R&B ballad “Soft Serve,” a full-out fermata that dropkicks us into a swirling silence after she sings, “I know, feelings come and go, but mine won’t”—before picking up again a few beats later. (I actually held my breath.) No one has anything to teach Moen about tension and release.

I mentioned her wit; it’s of the self-deprecating, crack-wise-while-the-world-is-ending variety, and you laugh even as you wince in recognition. “I’m sick of singing songs about my exes,” she snarls in “Where’s My Bike?” “Should join somebody else’s band / Play songs about their life instead of mine / Be a part of a very marketable brand / Or I could keep wallowing all afternoon / Only think about my own problems.” This, in an album filled with exactly such wallowing. Does that qualify as meta? I’m gonna go with yes.

But then she pulls a fast one on us in tunes like “Clown Song,” which you might expect to ramp up the camp, but which instead turns out to be a genuinely heartbreaking, country-style ballad about a failed love, from the POV of the carnie lifer of the title. There’s not a joke or a bon mot anywhere, but my God, does she deliver on the evocative imagery and poetic resonance, as in this stunning passage (which also manages to slide in a sly Sondheim allusion):

Choking on a ream of scarves
Trying to stand still
Only so many pins I can juggle
So many tales I can spin
Atop the big top on a tightrope I struggle
Fell into a puddle
Send in the clouds, roll on in

Moen’s melodies are also topflight, and she gifts us with some really memorable ear worms. The damning, and damnably catchy, refrain to “You Know I Know” has been clanging away in my head for days, and I’m in no particular hurry to replace it—maybe, again, because of the sterling quality of the lyrics: “You know I know when you lie, I know that you were using / You know I know wagons fall, December winds are chilling.”

Moen, a gifted guitarist, is entirely self-taught, and her songwriting is likewise idiosyncratic, indicating perhaps a lack of formal training on that front as well. The tunes here are just so unabashedly brimming with ideas, all of them put forth with tremendous verve, and the whole thing might have gone horribly wrong—been too energetically earnest, too tail-waggingly eager to please. But that’s where Moen’s extraordinary voice comes back into play: her seen-it-all drawl, with its conversational tics and muttered quips, pulls the whole project back from the brink of unbearable ebullience. She’s more blues than Broadway; this is a voice designed to sing juuust behind the beat. Throughout the album, she achieves the kind of intimacy that gives the impression she’s talking only to herself; so of course we listen in. And I, for one, am eager to hear quite a bit more.