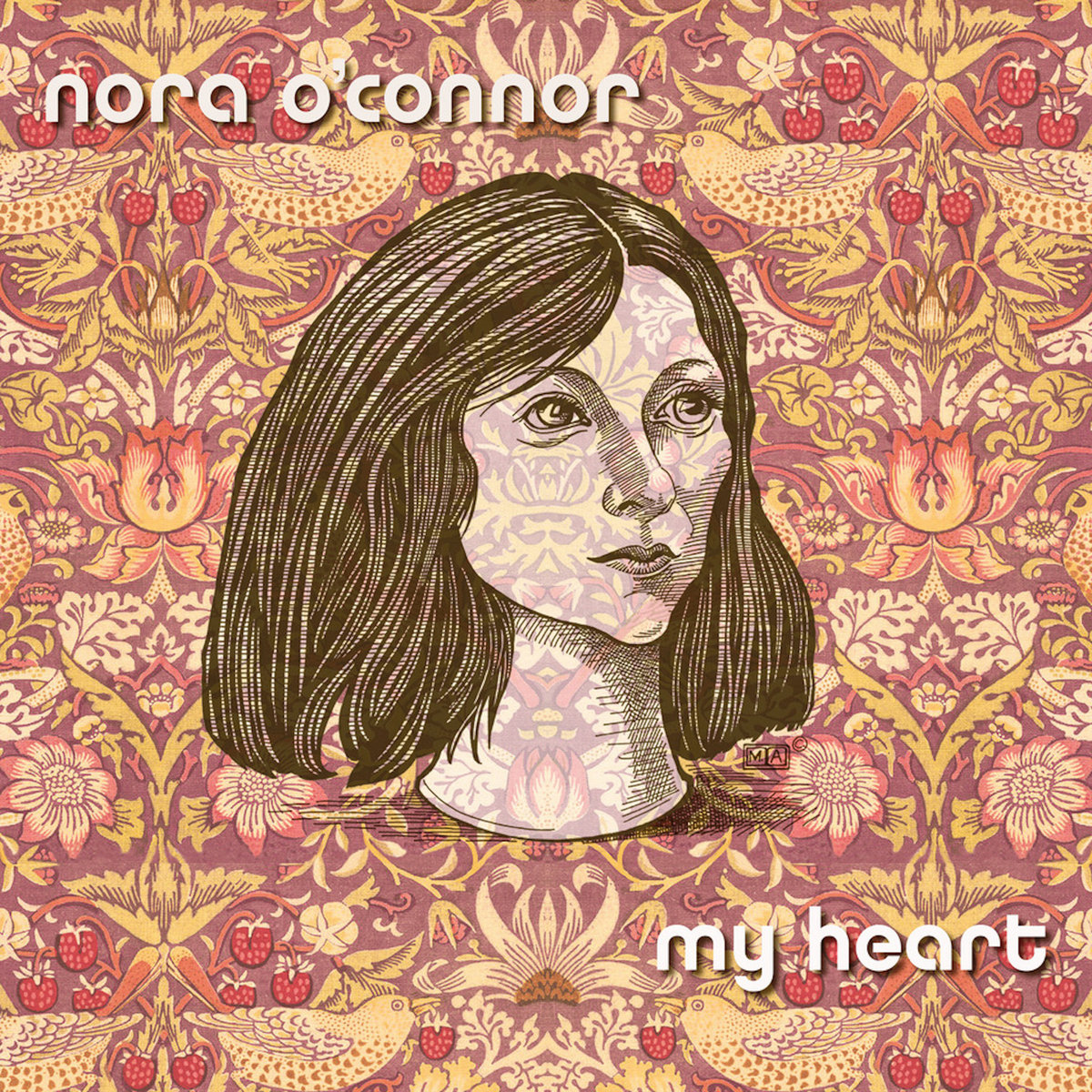 “My Heart” opens with singer-songwriter Nora O’Connor crooning, “When you turned and walked away / You know I didn’t see it coming / I tried to find a way to set you straight / And I… ” The way she holds onto that final syllable, looking for someplace to take it, before giving up and letting it droop and fade, is such an elegant moment; she finds eloquence in speechlessness. At that moment, a mere twenty-four seconds into the album, I knew I was in good hands.

And in fact, O’Connor has assembled an old-school folk album, the kind I didn’t think they made anymore. Certainly some of the tunes draw influences from other genres—notably country and pop—but what they all have in common is a searing intelligence, a delicate touch and an absolutely singular point of view. They’re also pretty crazily musical; the woman not only tosses off killer hooks, but some dazzling harmonic passages as well.

I know everyone must be tired of reading about the pandemic’s effect on music and musicians—I’m certainly tired of having to write about it—but the fact remains, “My Heart” is an album we wouldn’t have had without COVID. O’Connor had been enjoying a flourishing career as a backing vocalist and instrumentalist, recording and touring with acts like Iron and Wine, Andrew Bird, The Decemberists and Neko Case. When the industry went into lockdown and O’Connor found herself, at least metaphorically, confined to a small room, she responded by writing a batch of small-room songs—the kind of intimate, personal, prying-open-the-heart tunes that have been the stock-in-trade of folk singers since there were folk to sing to. O’Connor eventually recorded them—with an ensemble of players that include three of her multi-instrumentalist colleagues in her side project, The Flat Five: Casey McDonough, Alex Hall and Scott Ligon, plus additional Chicago stalwarts like Steve Dawson on guitar and Robbie Gjersoe.

The result is a genuine journey, by the end of which O’Connor is—in that strange, alchemical sense only an artist like this on an album like this can conjure—your new best friend. When, on the gorgeous track “Outta Space,” she sings these lines, they may connect with you to the point of awkwardness and even discomfort:

But O’Connor’s frankness is more healing than indicting; the sparkling tunefulness of just about everything on the record sees to that. There’s also her singing; her voice is supple and appealing, and capable of navigating some tricky passages. But there’s never an edge to it—no gravel. If you want to be facile (which I usually don’t), you can divide folk singers into two vocal categories: the hard-living and the angelic. O’Connor is definitely Door Number Two. It’s no wonder so many artists want to hear her behind them onstage.

One of the standout tunes for me is “It’s Alright Now,” which you might mistake for a cover of a classic jukebox platter from half a century ago, by someone like Connie Francis or Lesley Gore. Except the 1960s ingenues never fitted their upbeat, uptempo hits with lines that scald like these: “It’s alright now / Be careful not to touch me / Don’t tell me what you’re thinking / And don’t ask me what I feel.”

But my favorite tune on the album is “Tarot Card,” a straight-up story song that finds O’Connor reflecting on a lost love by way of some really stellar images (“The moon it warned me once / the sun it mourned me more than twice / And your made-up royalty, it robbed me blind”). From such dazzling lyricism, she’ll dip down suddenly into the homespun when she finds a bit of grace: “That made me feel good / More of that, please.” It’s a line she slips quietly to the listener, and in the manner of all genuine gifts, she receives it right back from us when the album ends. That made me feel good. More of that, please.

“My Heart” is available on Nora O’Connor’s Bandcamp page.