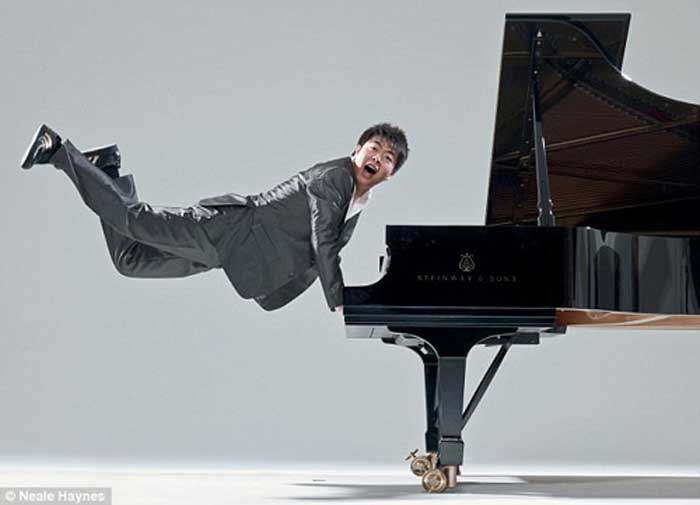 Although Chinese superstar pianist Lang Lang is calling from London, where he’s just given a recital at Royal Albert Hall, he is thinking ahead to Chicago. “I need to buy a new suit, I had my big breakthrough there,” he recalls, a reference to when, at conductor Christoph Eschenbach’s encouragement, he stepped in as a last-minute, unknown replacement for an indisposed Andre Watts at a 1999 Ravinia Festival Chicago Symphony Orchestra Gala, and became an overnight sensation at the ripe old age of seventeen.

Eschenbach, then Ravinia music director, was a mentor to Lang Lang, as was then-CSO music director Daniel Barenboim, so that Chicago was like a second home. He was the first artist to offer a piano recital at the Civic Opera House in 2012, and was so impressed with the sound of the venue, that he returns there this month. “When you see such a big hall, you always worry about, ‘what is the sound like?’ But it has perfect sound. I remember last time, I was playing Mozart, it was so beautiful, so precise, so intimate. It’s a miracle to see such a big space have such an intimate sound.”

The repertoire this time around is less flashy than is often associated with him, and includes a complete traversal of Tchaikovsky’s “The Seasons,” not a common cycle heard in piano recitals. “I was already playing those pieces as a kid—April, June, October, all of those very famous tunes. They are the most beautiful Russian poetry. I always wanted to play them as a group, as a complete take, I really believe in that. They are very different from Vivaldi’s ‘Four Seasons,’ they have a similar approach; but instead of spring and summer, through those pieces, you get a beautiful journey of the whole year, month by month.”

Lang Lang will also play the four Scherzos of Chopin and the Bach “Italian” Concerto. “The Scherzos are like the Four Ballades. You need to play them as a cycle so that they somehow connect. The first scherzo is very exciting, very beautiful, kind of a lyrical opera kind of slow section, and the second scherzo is a big development of the piece and the third movement is very religious; you hear the bells and a fight between good and evil. The fourth one is the most dynamic; so many characters, almost like a drama.”

A popular cultural ambassador for his native China all over the world, Lang Lang has collaborated with musicians of other genres such as Herbie Hancock, Metallica and traditional Chinese ensembles. “I like to work with different types of musicians to find out what they’re thinking in life, what their musical style is and to find out whether there is some common ground to break through together to find something new.” May 9, 7:30pm, Civic Opera House, 20 North Wacker, (312)827-5600. 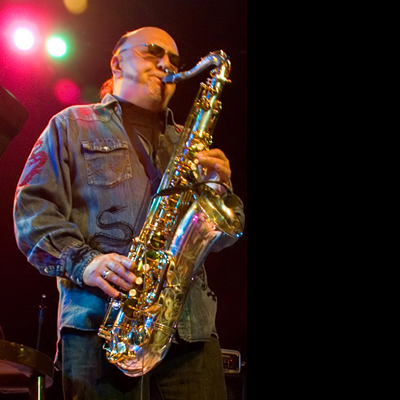 If Marty Grebb is hardly a household name, much of his vast body of music is instantly recognizable to cognoscenti of classic Chicago blues and rock. Saxophonist, keyboardist, vocalist, songwriter, arranger and producer, Grebb began his career as a blues session player around the age of fourteen, with the likes of Muddy Waters and John Lee Hooker, and was the co-founder of what many consider the best bar band of the 1960s, The Exceptions—a longtime fixture on Rush Street. “He was a great sax player, a really great keyboardist, a good guitarist and sang really well,” recalls Chicago Transit Authority co-founder and original drummer Danny Seraphine. In those days, CTA—later shortened to Chicago—was still known as the Big Thing and would do double bills backing up The Exceptions, whose original bassist and lead singer Peter Cetera would eventually join up with the Big Thing. “I always had great respect for Marty and always wanted to do something with him,” says Seraphine. “He could play all this amazing stuff and then turn around and sing like Junior Wells and you kind of thought, ‘God, I hate him!’ ”

In 1967, Grebb joined up with the Buckinghams, an innovative area band with a string of brass-driven Top Ten hits which helped pave the way for the jazz-rock explosion. “Marty coming into the fold raised the bar for us,” recalls original lead singer Dennis Tufano. “He was by far the most accomplished musician in the band. Everybody immediately stepped up… He was our mentor, and was so kind-hearted about sharing his knowledge and pushing our limits… I really think the Buckinghams would not have had the success that we did without him.” 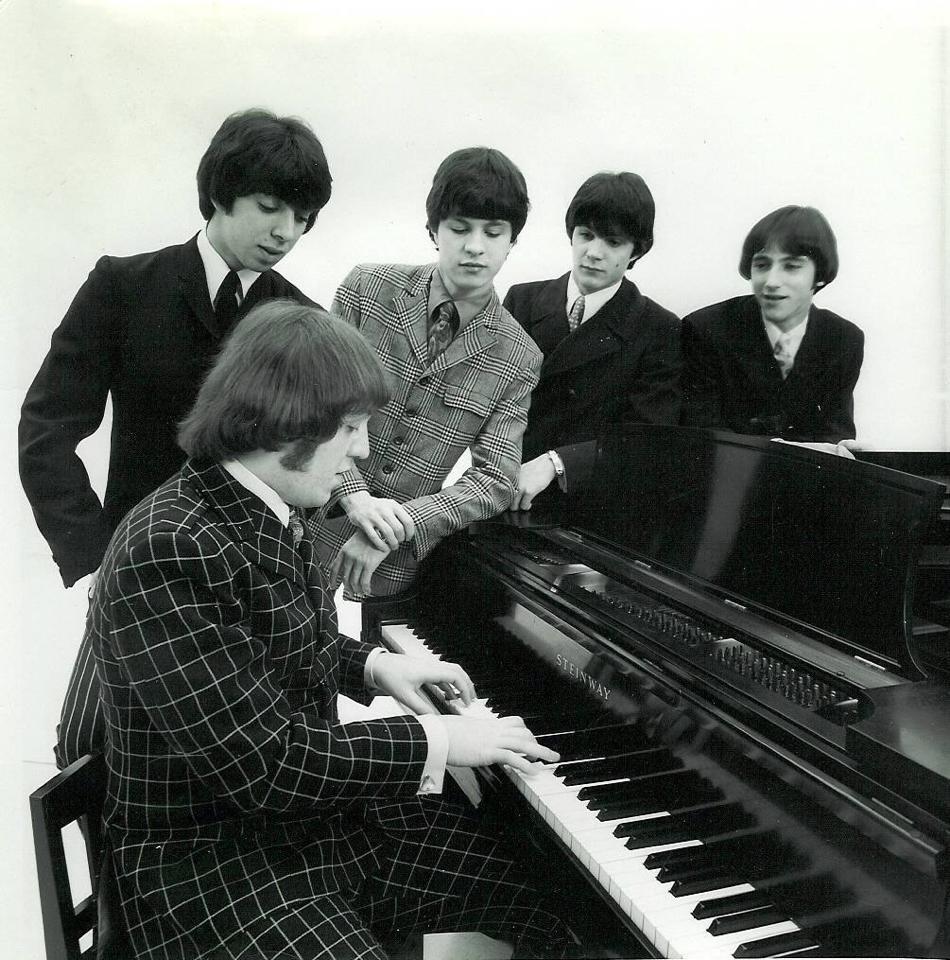 Grebb went on to work with an astonishingly diverse number of artists, from Bonnie Raitt and Eric Clapton, to Stevie Wonder and Rufus Wainwright. “He has touched so many major artists,” says Tufano. “It’s ironic that he didn’t get paid as much as these other people because he was paid as a sideman… That’s the irony, though he is in that same realm with them. His legacy is one of gigantic music and personal style. He’s his own man, his own sound.”

“He has amazing musical skills on all levels,” assesses Tufano. “He’s grounded into the roots of music and has a very unique sound. You know, Marty co-wrote some songs with Eric Clapton and when they recorded them Clapton said, ‘You’re the guy who’s trying to sing like me!’ Marty looked at him and said, ‘Excuse me, I think it’s the other way around!’ He has touched so many major artists, writing for them, recording with them, it’s a testament to who he is and how versatile he is. It’s also ironic that he didn’t get paid as much as these other people because he was paid as a sideman. They were making the big money, he was getting scale. That’s the irony, though he is in that same realm with them. His legacy is one of gigantic music and personal style. He’s his own man, his own sound.”

A year and a half ago, Grebb was diagnosed with what Tufano calls a “critical illness… He doesn’t want to give it a name, because he feels that gives it power. And since he is determined to beat it and has the optimism and positive spirit to do it, we’re with him. But the medical costs have actually put him in debt, so we decided to do a benefit. My thought was why not do it in Chicago, his and our hometown, and get all of the classic era bands to perform?”

Not only did all of the original Buckinghams agree to appear (with Seraphine filling in for late original drummer John Poulos), other classic bands and musicians of the era signed on: Ronnie Rice, formerly of New Colony Six, Jim Peterik with original members of the Ides of March, Al DeCarlo and Hawk Wolinski of Bangor Flying Circus, Shadows of Knight with Wolinski and Jimy Sohns and Tom Doody of the Cryan’ Shames. “Lots of egos and differences are being put aside,” says Tufano. “Everybody got it—it’s not about me, it’s not about you: it’s about Marty.” May 7, 7:30pm Arcada Theatre, 105 East Main, St. Charles, (630)962-7000.