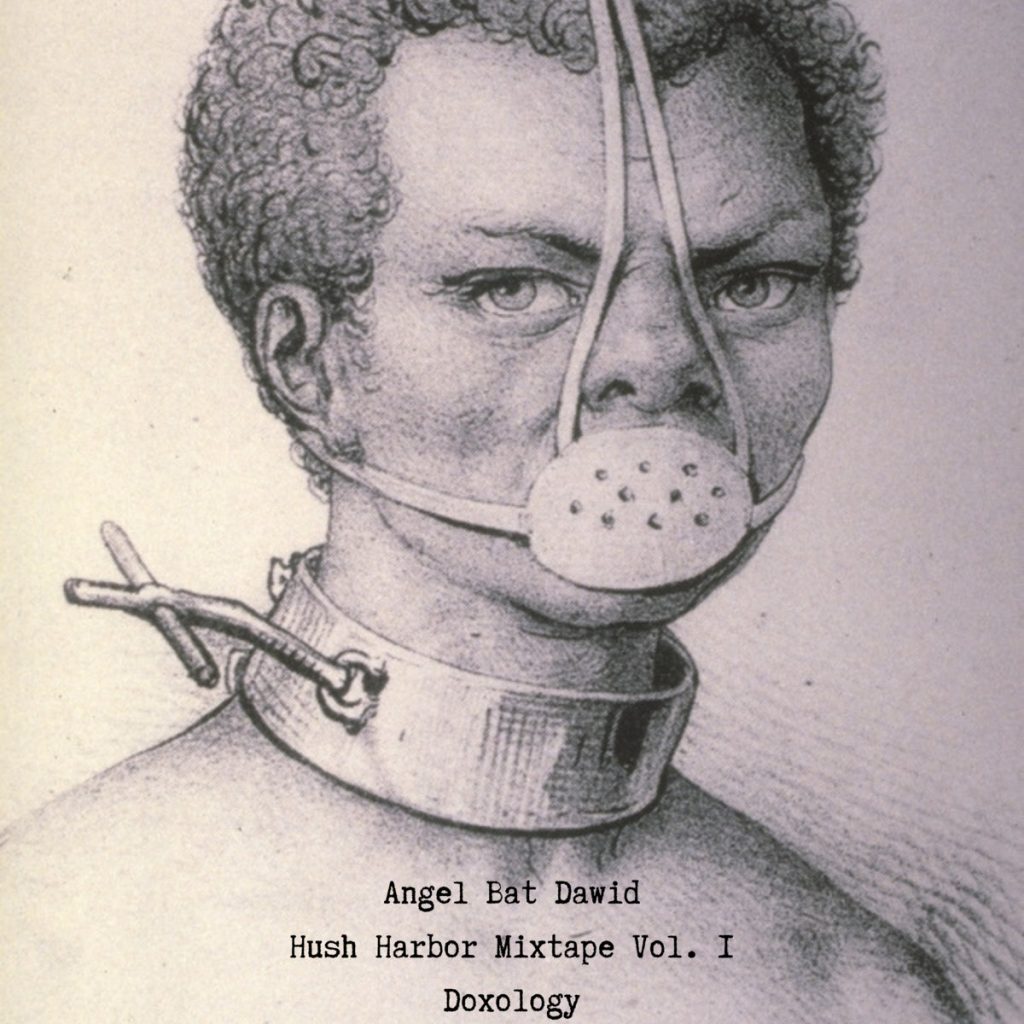 In retrospect, Angel Bat Dawid’s newest release shouldn’t have come as a surprise. The composer, singer and clarinetist has definitely said, “My music and mission are about sonically eradicating the white supremacy system,” so we might have expected to hear from her on Juneteenth—which is when “Hush Harbor Mixtape Vol. 1 Doxology” dropped, without advance notice.

And it’s a lovely, remarkable way to honor the holiday. Given the album’s title (“hush harbors” were secret places in the antebellum South where slaves gathered to worship), you expect to hear Bat Dawid’s exploration of (and extrapolations on) Black American spirituals; and there are a few tracks (“Negro Hamlet” and “Jumping the Broom”) that incorporate incantatory, proto-spirituals (and proto-blues) wailing.

But what takes you by surprise is that there’s an even greater eastern emphasis, reaching back across the Atlantic to Black Americans’ origins. Bat Dawid’s clarinet reels out line after line of sinuous, evocative melody, and she sings with the kind of hypnotic melisma we associate most closely with Arabic music. (She also heightens the effect with a vocoder, so that in some places she’s twittering like a bird; the effect is startling.)

Beyond the rich contextual aspects of the album, it’s the textual that offers the most surprise. Bat Dawid has dedicated the album to Escrava Anastacia, a Brazilian folk saint (not recognized by the Catholic Church) who, among other cruelties, endured having her great beauty hidden behind a punitive face mask. In spite of this, the saint radiated love for everyone she encountered. Bat Dawid does something similar here; the pieces may be reflective, but they’re unfailingly celebratory and encouraging. “Any time, any time, any time you have a moment of rest and peace,” she recites on “Heathen Practices at Funerals,” “Hold on to it / Don’t let it go / Sit in it and know / That you are whole just as you are, as you are, as you are.” On the concluding track, “Negroes Leaving Their Home,” she layers moments of anxiety, heartache and foreboding with exhilarating, hopeful passages that almost push the mood into fable.

Bat Dawid plays every instrument as well as the synths, and she recorded, arranged and mixed it herself; it’s hard to think how this could be more profoundly personal a project. In “Black Family, Beaufort, South Carolina, 1962,” she sings, “It doesn’t make any sense to you / But it makes all the sense in the world to me.” But that’s what artists of Bat Dawid’s caliber do; they make sense of the world for the rest of us.